The Alexa team acknowledged they had a glitch in the system which caused some sites to lose “legitimate” reviews for their websites and have now restored the lost reviews. I quickly confirmed on my own blog last night that my reviews are back up to high twenties for dragonblogger.com. 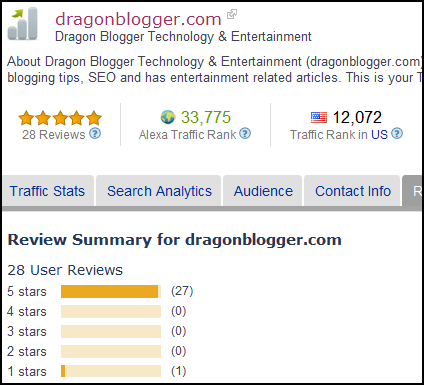 Has anyone noticed their reviews are restored? Anyone still missing reviews after Alexa fixed the issue?