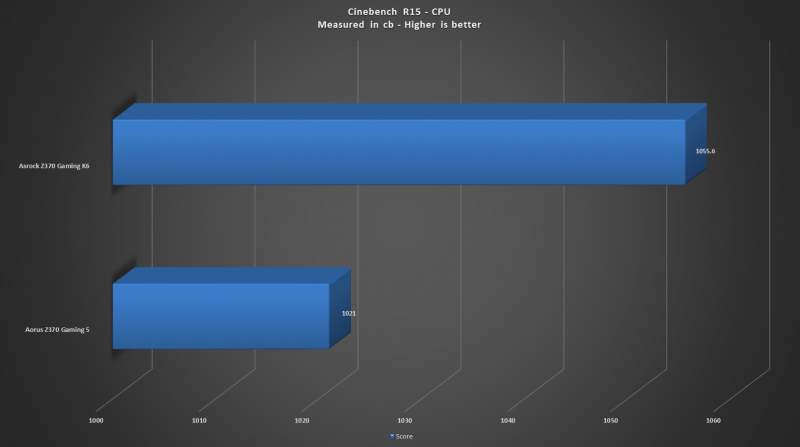 Starting with the CineBench R15 to see some CPU performance. And we have a good lead of about 34.6 points. So it’s a good start.

Next up, we have the Blender 2.79 software. We used the AMD Ryzen Logo for our test that can be downloaded from here: And it seems like the ASRock motherboard took the victory once more, however, the difference here is less than 1 second. 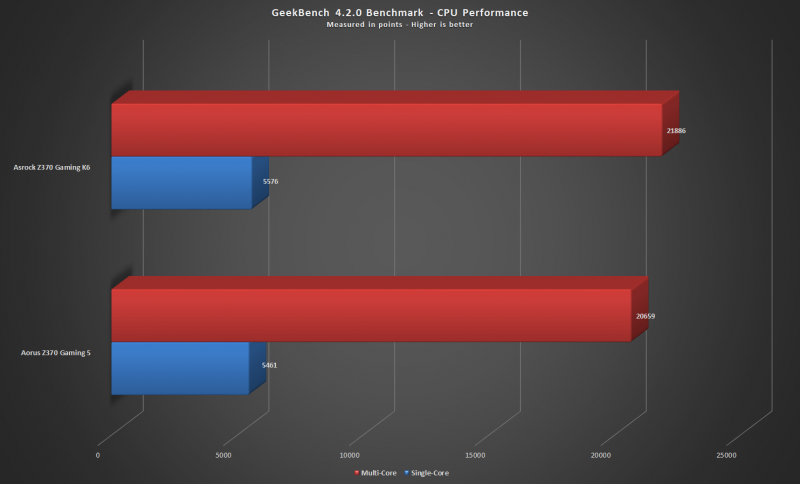 A clear difference in the performance of both motherboards is visible in the single core and multi-core performs in our GeekBench 4.2.0 CPU Performance benchmark.

Now that we have a baseline for the CPU performance, let’s move ahead to some memory related benchmarks. And in our Aida64 Extreme Cache & Memory benchmark, once again, the ASRock Z370 Gaming K6 motherboard takes the victory with a good lead.
And there’s only about 1 nanosecond difference in the memory latency, recorded in the Aida64 benchmark. 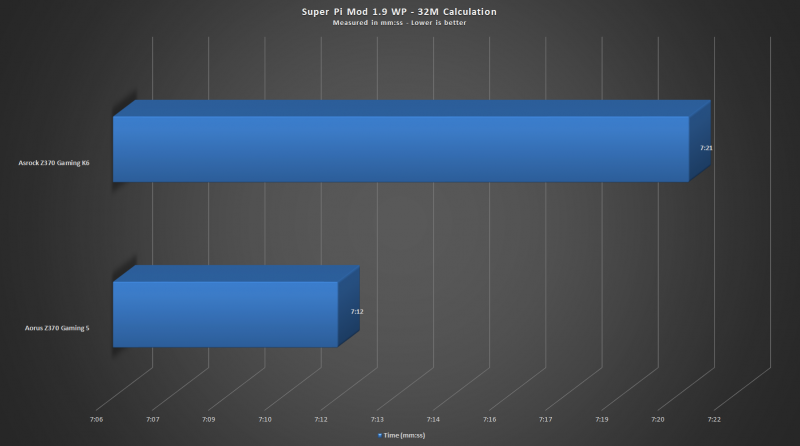 In Super Pi Mod 1.9 is where we see the competitor take the lead first time, and not only by a mere 1-2 seconds, rather 9 seconds. So depending on the nature of workload, the performance may vary, but so far the ASRock Z370 Gaming K6 seems to be doing good. 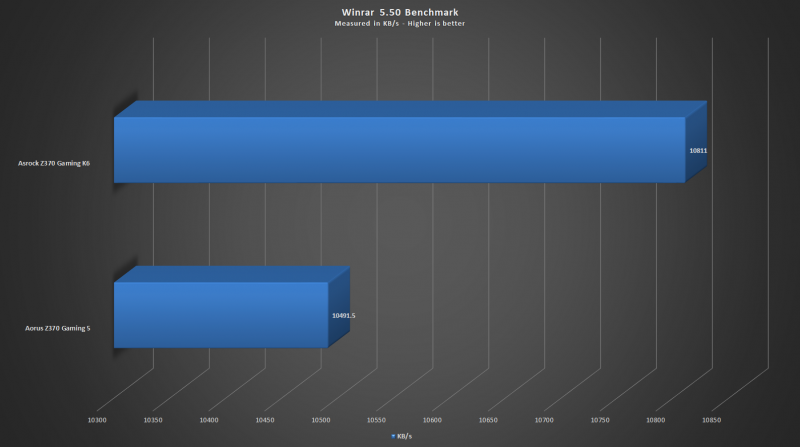 And as soon as we move to another software, the ASRock Z370 Gaming K6 motherboard takes the victory again.

So far the ASRock Z370 Gaming K6 motherboard has been doing pretty good in CPU and Memory related performance. But can it keep it that way in the storage performance? We’ll find out below. We will be looking at the benchmarks of both a SATA SSD and a M.2 NVMe SSD.

Starting with the CrystalDiskMark, both the motherboards were able to push the SSD very close towards the maximum read speed supported by the SATA III ports. And the ASRock board once again seems to be going well in the test where it matters the most.

A similar story is spoken in the NVMe M.2 SSD benchmark where ASRock board takes the victory on all fronts. And there’s even a huge lead in the 4KiB Q32T1 write test.

In the AS SSD benchmark, we don’t see a much of a different story. ASRock board once again takes victory in all tests except one on the SATA connection. 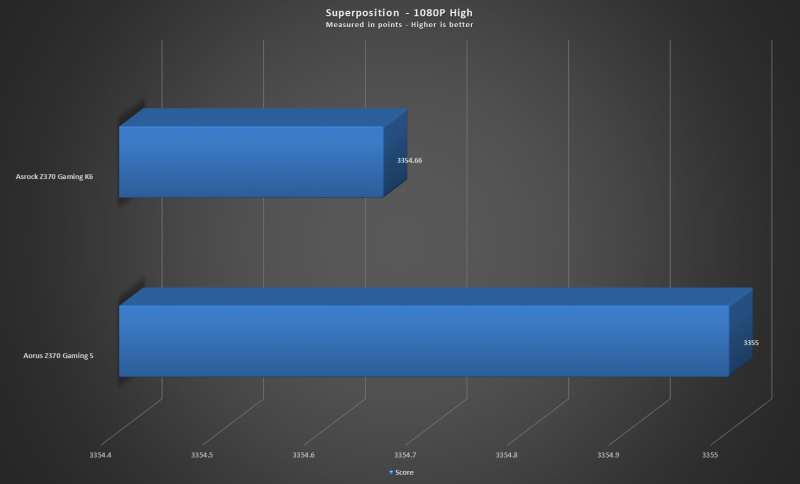 Now that we have covered CPU, Memory and Storage benchmarks, let’s have a look at some applications that utilize multiple resources. Starting with the first synthetic benchmark, in Unigene Superposition, there’s a difference of only 0.34 points. So both boards are pretty much head to head here. 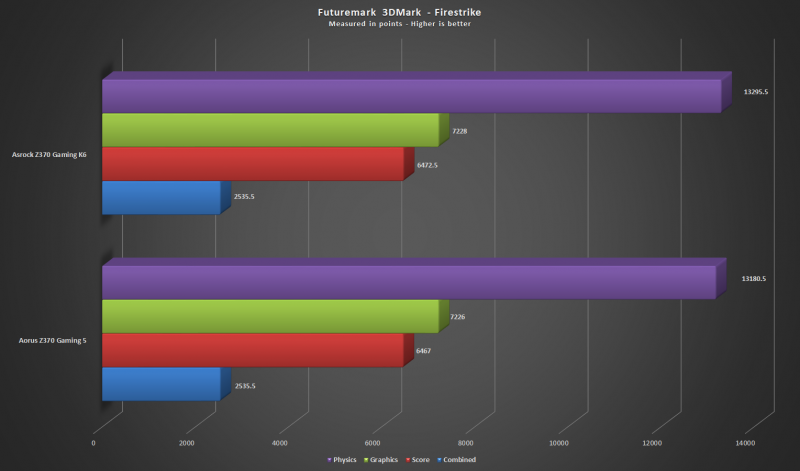 In the 3D Mark FireStrike benchmark, once again, the boards are head to head with combined being equal. 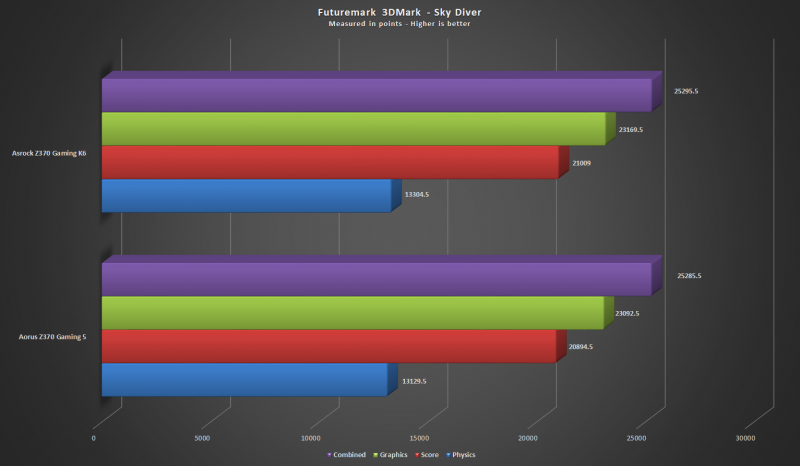 In the previous two benchmarks, both the boards were pretty much head to head with each other but in 3D Mark Sky Diver, the ASRock board seems to have taken a slight lead on all fronts once more. 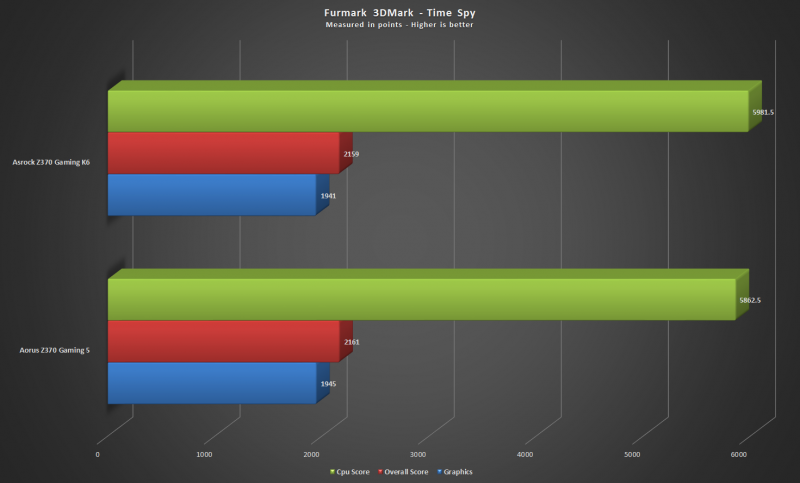 When it comes to 3D Mark Time Spy, the CPU score looks better on the ASRock board but in the combined score, it was unable to beat the Aorus board due to GPU score. But board boards are still pretty much head to head. 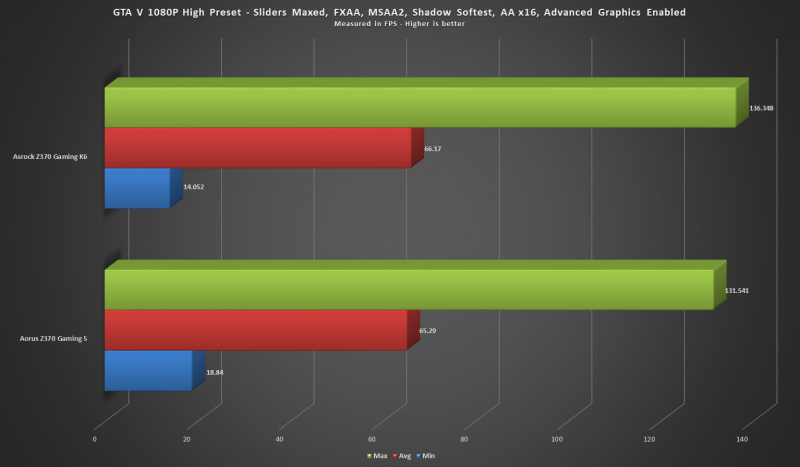 And it’s finally time to put the synthetic benchmarks to rest and look at some real-world gaming performance. So let’s start with one of the most famous titles from Rockstar studios, GTA V. And in GTA V at 1080P high settings, the average FPS is pretty much the same but the minimum FPS is favored by Aorus board. 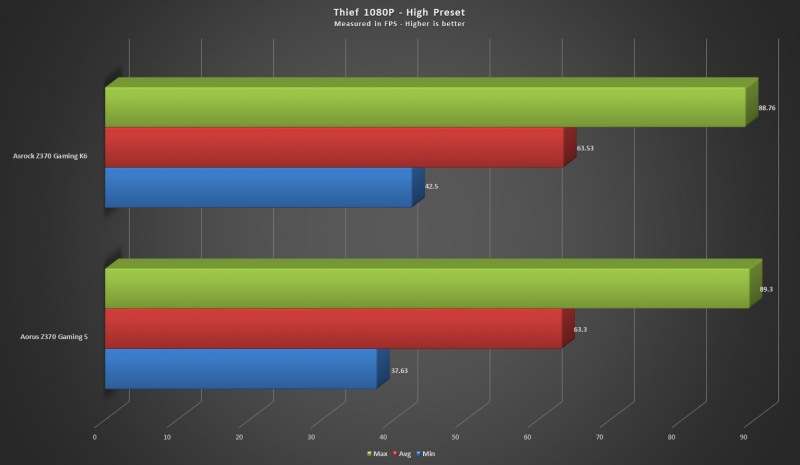 And as soon as we move to another title, the minimum FPS is being favored on the ASRock board while the average FPS is pretty much the same.

In Bioshock Infinite, a title filled with emotion and unique art style, both boards are once again head to head with each other. 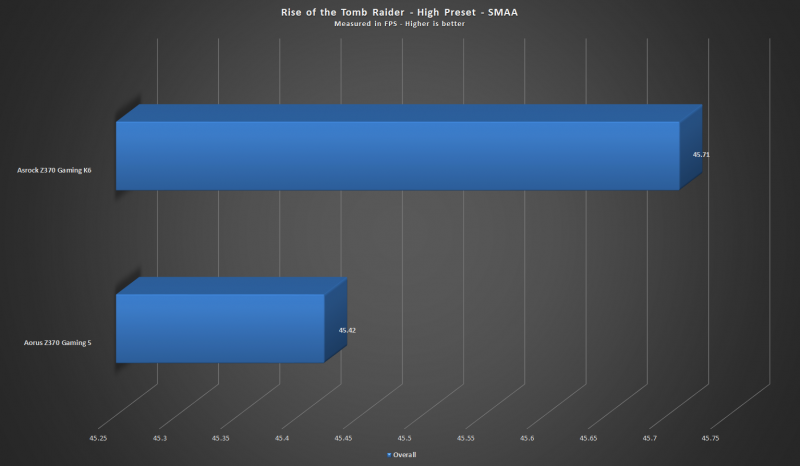 In Rise of the Tomb Raider, once again, we don’t see much of a difference.