Mining with BIOSTAR TB250-BTC is as easy as mining with any other motherboard, but BIOSTAR recommends that when using the board for mining, enable the mining mode in the bios. For this tutorial, we are going to use the BIOSTAR TB250-BTC and MSI R9 280X to mining dashcoin based on the x11 algorithm.

If you’re thinking why dashcoin and not Bitcoin directly. Well, there are few things you should know before mining altcoins. First, there isn’t just Bitcoin in the market out there; Bitcoin is one of the many crypto-currencies. And second, Bitcoin is based on SHA-256 and has very high difficulty to mine, even multiple high-end GPUs makes it unprofitable to mine, and the performance could easily be beaten by dedicated SHA-256 hardware miners called ASIC. There are few other factors as well that you should consider about when mining, but that’s not the purpose of this review, so we’re just going to go ahead and mine some dashcoin.

So for mining dashcoin, we are going to use the sgminer program, you can download it from >>here<< or customized version of it from various other websites. Once downloaded, extract the files somewhere. Now you will see a .exe extension file for the miner, but if you try to run the miner with that .exe file, it won’t work. 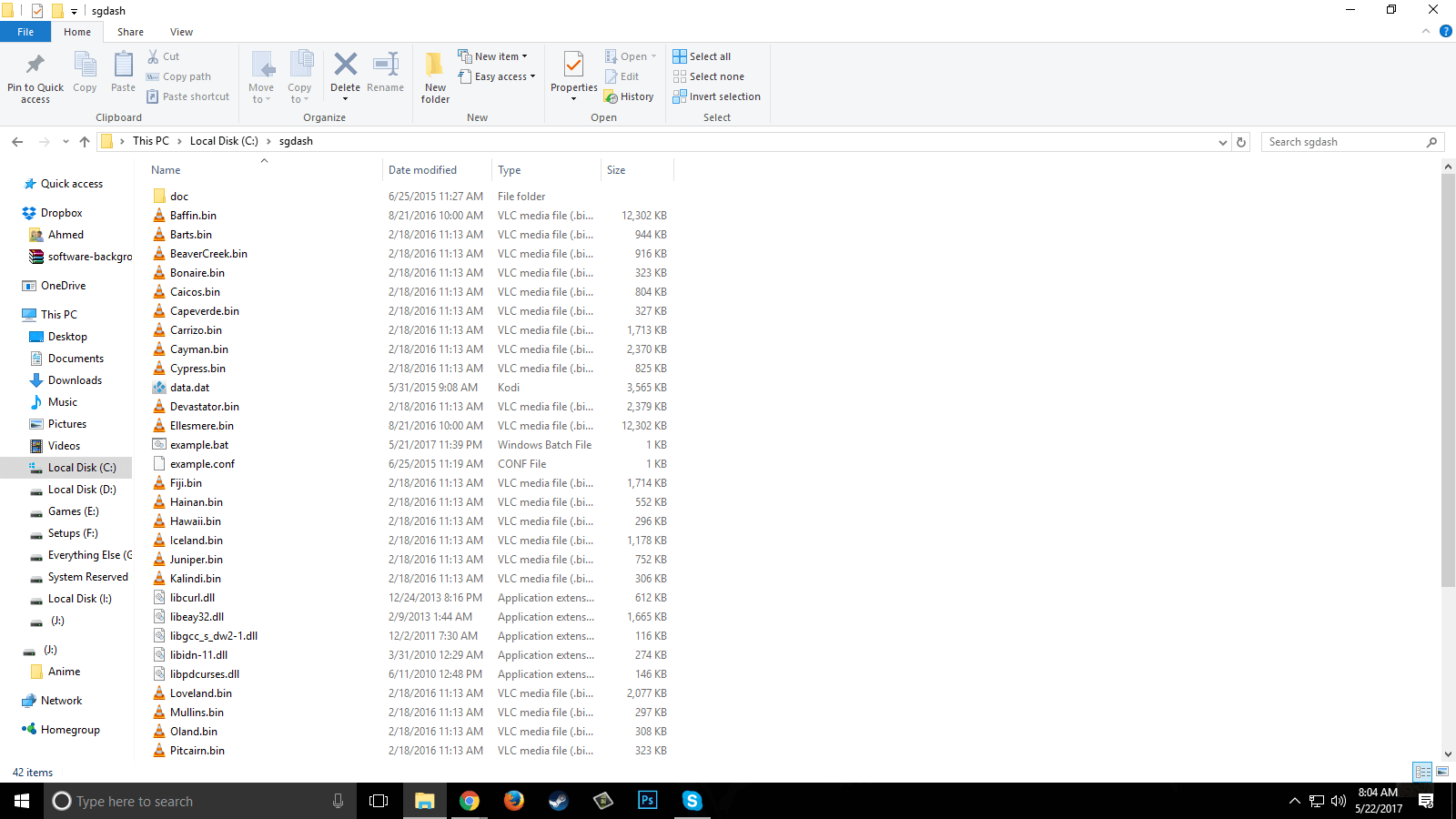 What you’re going to need to do is, create a .bat file. Open up your notepad, input the commands given below and save the file as “all files” and save it as filename.bat (.bat extension is important) 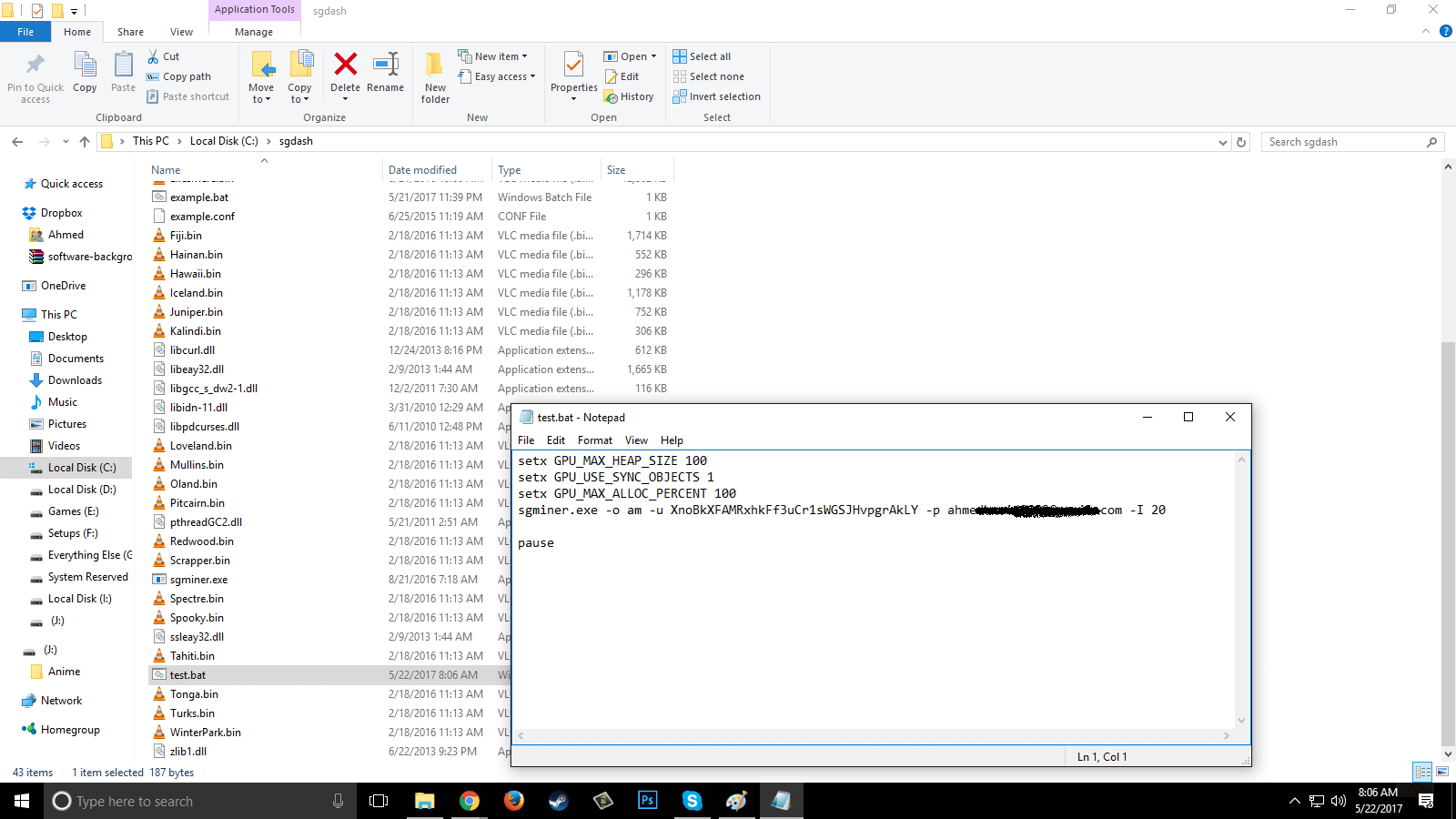 There are more tweaks and tricks to get the best out of your GPU, but we’re not going to get into that. Now save the file once more, and you’re ready to go.

Execute the .bat file, and you should be able to see the following screen if you did everything right. 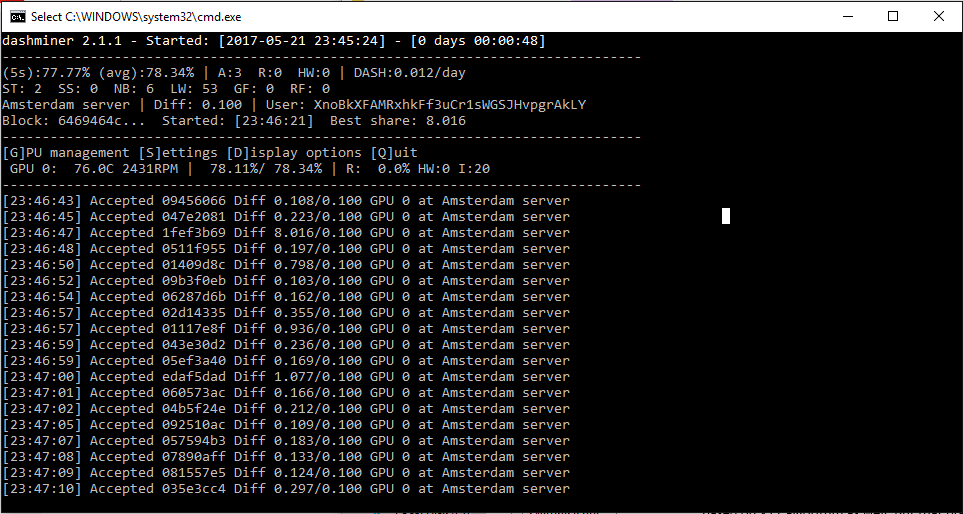 Usually, on other miners, you would see the speed in kh/s, mh/s, etc., but in the dashcoin’s customized miner we have the speed in % with the 100% being the AMD R9 290 GPU. Also, in the miner, you can see how much dashcoin you’re going to make in a day. The output seems very low as there are ASIC miners based on the X11 algorithm as well. But that pretty much covers how you mine dashcoin on BIOSTAR TB250. Other coins have different miners and ways to mine coin and might give you better profitability.

So that’s how you mine almost any altcoin on the BIOSTAR TB250-BTC motherboard. If you are going to mine any other altcoin with the different algorithm, you are going to need a miner which supports the algorithm of the coin. Different miners have different commands and settings so you might want to give Google a search for the settings of the GPU you’re going to use. Other than that, BIOSTAR TB also has 2x auxiliary power ports right onto the motherboard for GPUs, though you won’t need them if you’re going to use powered risers.