This is a review of the BlitzWolf Virtual Reality Headset.  The model number is BW-VR-1. 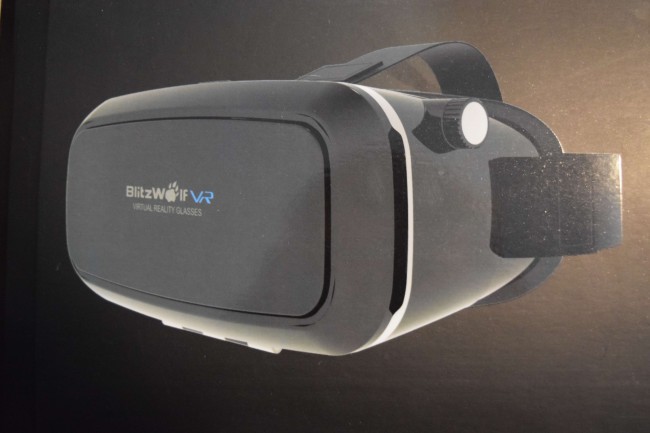 The headset is non-electronic, meaning you slide your phone into it to use as a screen.  This allows for a much cheaper price and the download of many third-party apps.  The headset can support most smartphones, as long as they are within the 3.5 to 6 inch range. 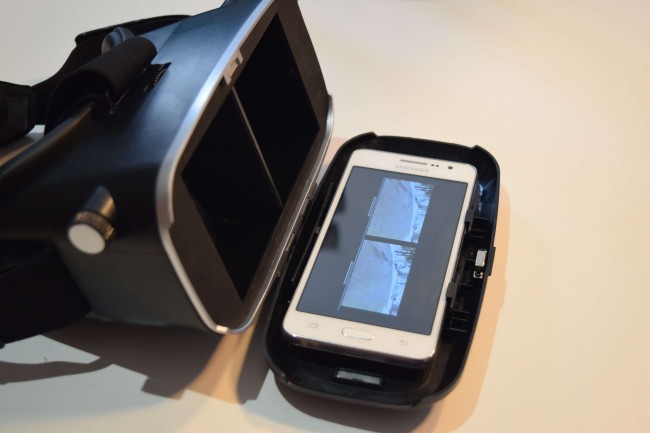 When I first received the BlitzWolf VR Headset, I was quite surprised.  The build quality seems to be quite premium for its price and it looks nice (at least as nice as first generation as VR can!).  The face pad is a cushy and is covered in a leather-like material. 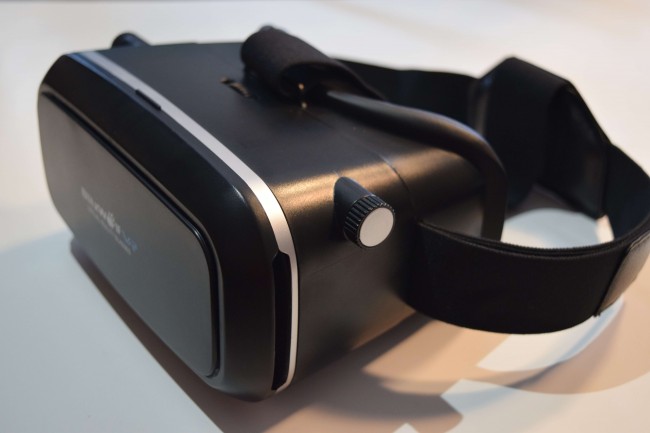 As I tried it for the first time I was happy with how it felt.  The leather-like padding was extremely comfortable, and compared to what I was expecting, it was actually quite light (14 ounces without a phone in it).

It features an around-the-head strap, along with an additional over-the-head strap which helps to relieve the pressure from your nose.  Nose pressure is a common problem in products like the Google Cardboard. There is also leather padding on the back where the two straps meet, which adds comfort. 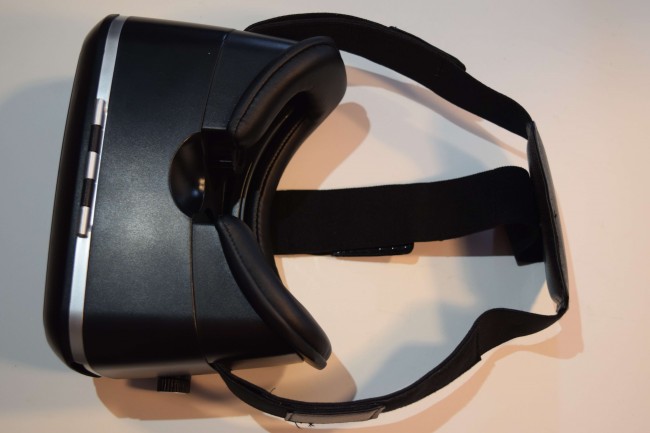 The headset has a few features that should allow it to fit anyone.  The nose gap is very large which allows for virtually any face shape.  Also, you can adjust the distance of the lenses distance apart to fit your eyes by scrolling a wheel on the headset’s top. 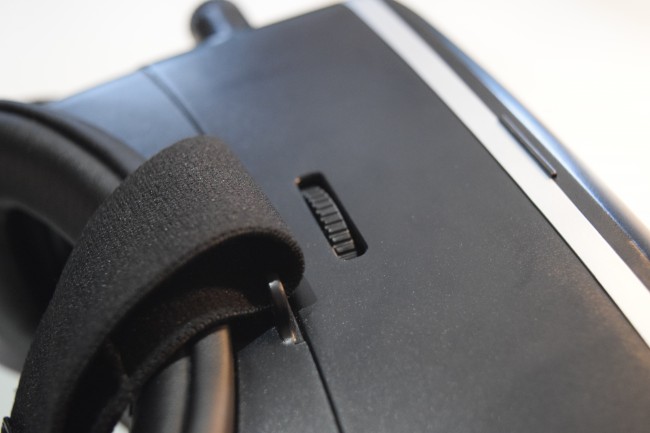 The viewing experience is good.  The lenses on these are extremely clear and BlitzWolf even claims that they reduce your phone screen’s radiation by up to 90%.  You lose some of the total immersion because it uses a phone, rather than a built in screen that is designed to fit the lenses exactly.  This means there are noticeable margins around the screen and the experience is kind of like looking at a massive screen in front of your face.  Also, the nose notch may let a bit of light in depending on your face shape.

The largest drawback of the BlitzWolf is that there is not a physical button on the headset which is required for many VR games.  Fortunately, there is a solution. 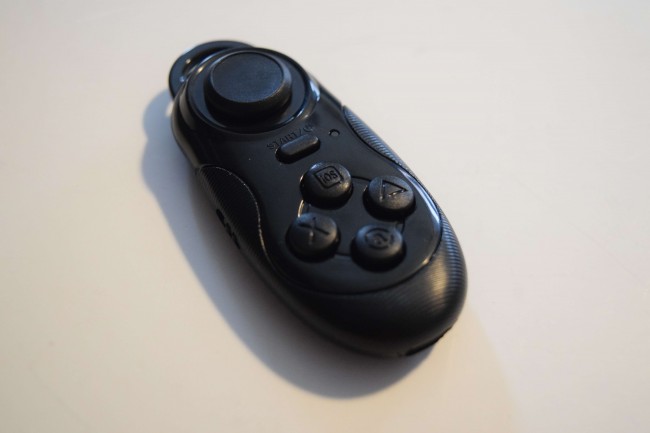 You can purchase a Bluetooth remote for around $7 that will work as a button if you order the Blitzwolf VR Headset from Amazon.  However if you are willing to purchase the headset from China, the remote is actually included in the Banggood package!  So we recommend buying it from Banggood and link to it in our article, because if you buy from Amazon you will have to pick up a Bluetooth remote to really get the most out of the VR headset.

Back to the Blitzwolf VR Headset review, a couple other features included are the ability to adjust your phone’s distance away from your face with knobs on either side. 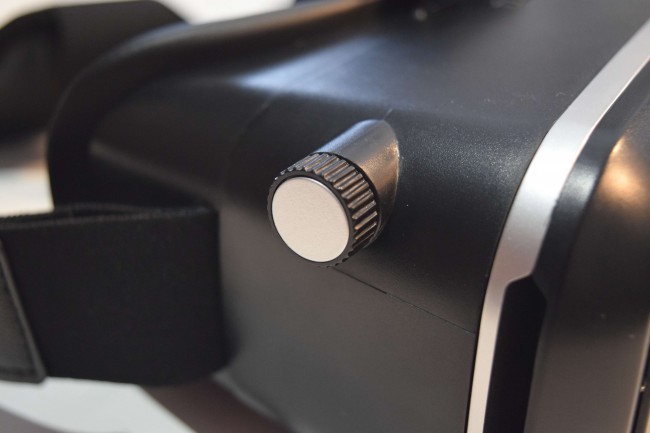 And there are slits on either side of the phone compartment that allow you to still use your wired headphones. 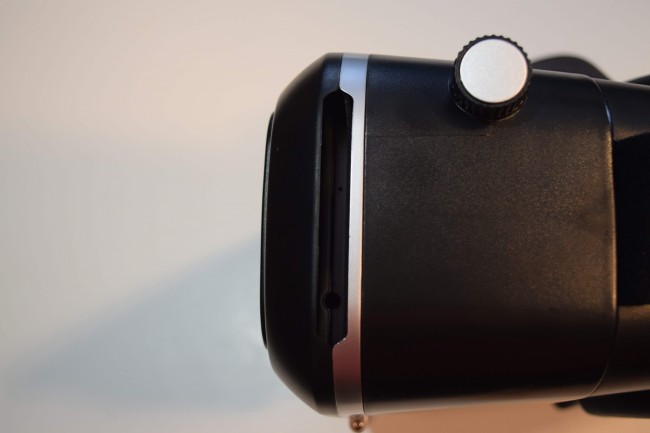 Overall I think this is a very good option for someone wanting to spend under $40 instead $100+ for an on add-on device, but also for someone someone who doesn’t just want to just strap a piece of cardboard to their face.  Just make sure you either buy it with the remote included, or purchase one separately as you don’t want to keep having to take the phone out of it to go to the next app, video or other function while watching VR Content.

Check out our Video Review