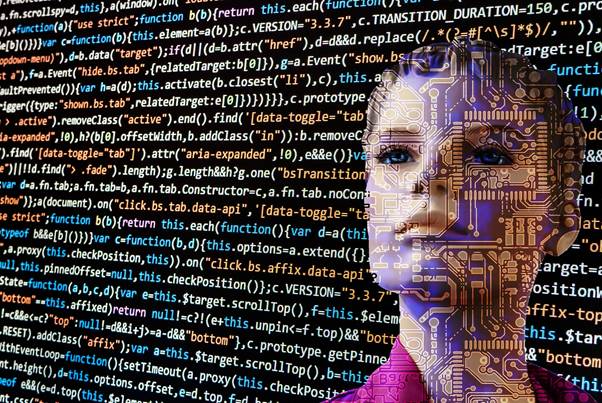 If you’ve ever tried to book tickets for a concert or even tried to sign up for certain websites, you’ve probably noticed a little tick box appearing asking you to confirm you’re not a robot. Now, this probably conjures up images like the robots from Futurama or perhaps the Terminator trying to buy tickets for the latest Justin Bieber show but in reality, AI (bots) are pieces of intelligent code that are used across the internet, usually to make the coder money from selling on concert tickets, or more worryingly, they are getting used in online card rooms to win the coder money from other real players.

But, with poker being known as a game of intuition matched with intelligence, is it realistic to presume that a bot could beat a human in a poker match?

Just two years ago, a poker bot was unveiled at the University of Alberta. This bot, named Cepheus, successfully managed to create a strategy where it knew all the possible options and outcomes for every play in the two player ‘limit’ version of Texas Hold ‘Em. This meant that Cepheus was able to play for a long time without losing money. Which is impressive enough if you thought this strategy was programmed into the bot, but the creators themselves were not avid poker players. Rather Cepheus learnt the mechanics of the game itself after continuously playing simulated games over and over again. The research team behind Cepheus are now looking to teach the bot other forms of poker. In fact, somewhat unnervingly, high-spec poker pots from other researchers even have the ability to bluff and manipulate their opponents – moves you’d only expect from humans.

Of course Cepheus is not your average poker bot. Far from it. The bots typically made for card rooms do not have anywhere near the sophistication or ability to outsmart or bluff against talented players and poker sites and apps are becoming increasingly stringent in their war against bots. Take partypoker for example, in their terms and conditions they outline their zero tolerance when it comes to cheating with bots and have even integrated their own software that aims to detect and weed out these bots that pose an unfair advantage over their real players.