HP or Hewlett-Packard announced last week its ePrint platform which will allow users to send an email to their printer which will print out documents, web pages or other material just by receiving email. This ushers in “Cloud Printing” and HP announced a line of printers that will support the ePrint platform. Imagine now not having to setup a network printer, know its IP address in every single LAN PC or having to share it across a network. Using this technology you can store your document in the cloud (Google Docs for example) and print on demand just by sending an email with that doc to your printer. 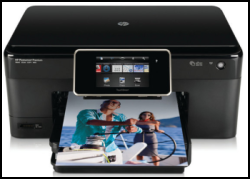 The ability to send an email to a Printer would be fantastic in my own home environment because this may make drivers antiquated, you email your printer the document and information and provided the printer itself has the software to interpret and print the document you don’t need to install PC drivers to support the printer. Obviously to support ePrint your printer will need to have internet connection via Ethernet or Wireless.

One thing I am curious about is that most email addresses eventually get found and bombarded by SPAM. So unless your printer is on a corporate Intranet where the emails are not accessible via the Internet, how would you deal with SPAM email being sent to your printer? Would it start printing out SPAM emails?

I would imagine the printer would allow you to configure “Authorized domain names” where only emails from certain “domain names” will be accepted by the printer, any others will be ignored or rejected. This way I could only print to my printer from a dragonblogger.com email but if someone at any other email address tried to send a print job from their email, it would be rejected.

What are your thoughts about ePrint and Cloud Printing? Will this make it easier to setup printers in small businesses, homes with multiple computers or even large corporations?