The Keyboard and Keys

This is a sexy little keyboard; I love the fact that the base of the keyboard is brushed aluminum. 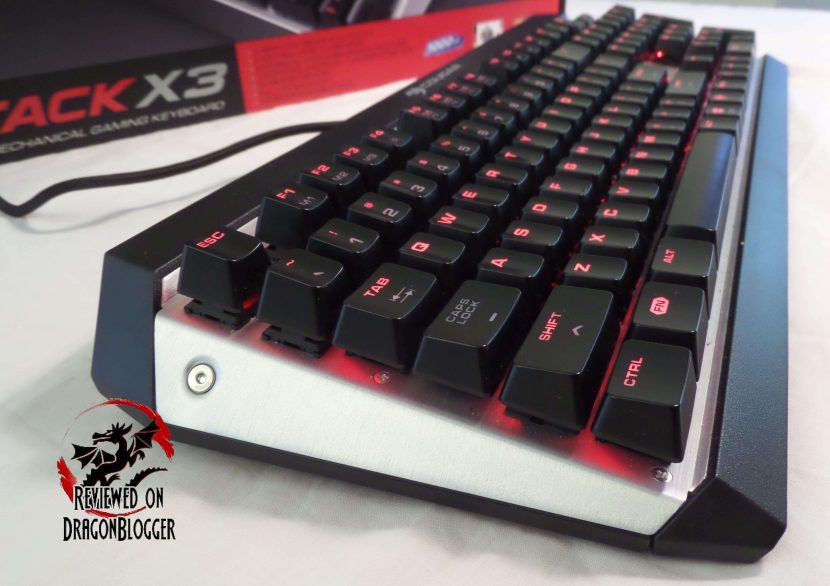 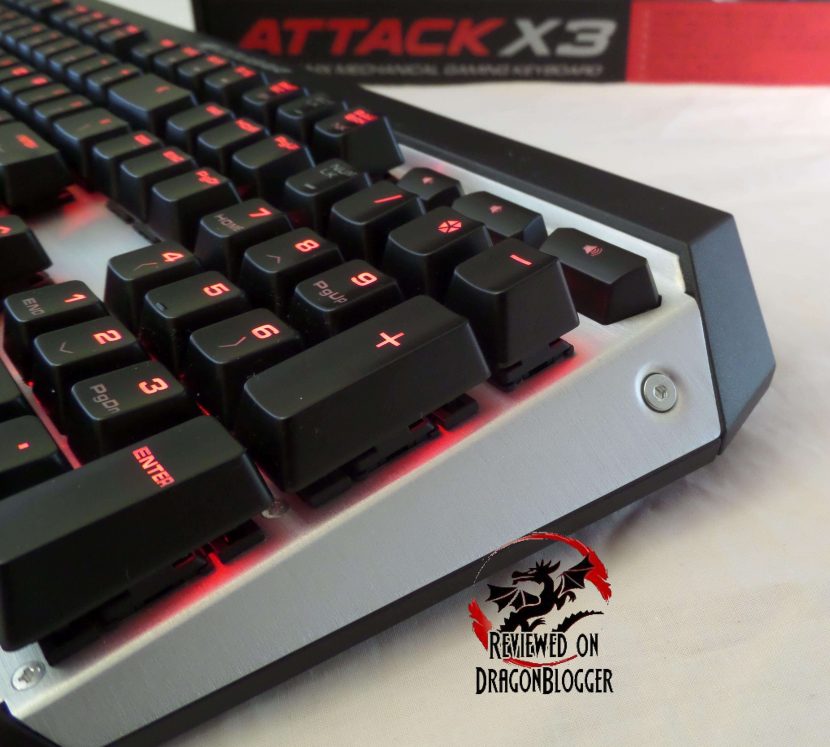 We get a little closer and see the lines usually associated with brushed aluminum. 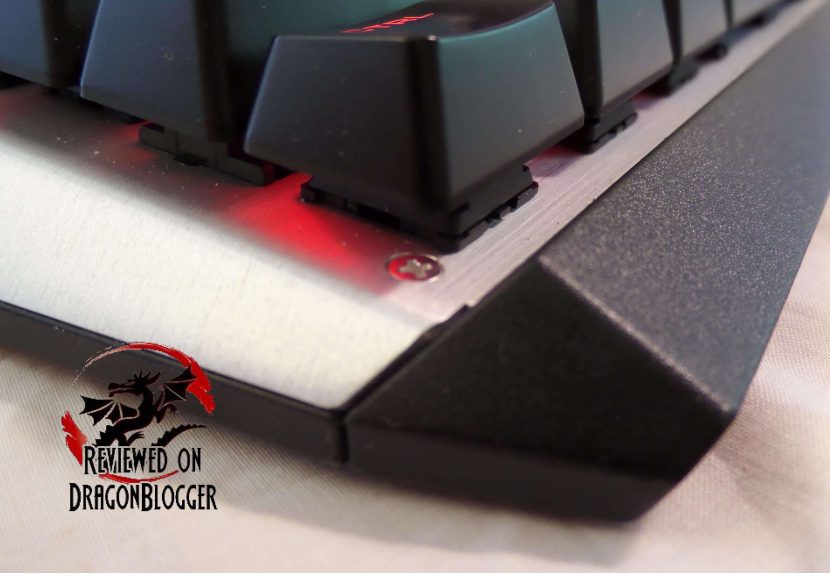 The frame itself is plastic though, but if it were totally aluminum it would be a lot more expensive.  The screws evident along the sides of the keyboard and if you look closely give it that industrial feel.

Flat black plastic, an indentation in the center of the keyboard leads to the product sticker and then continues. 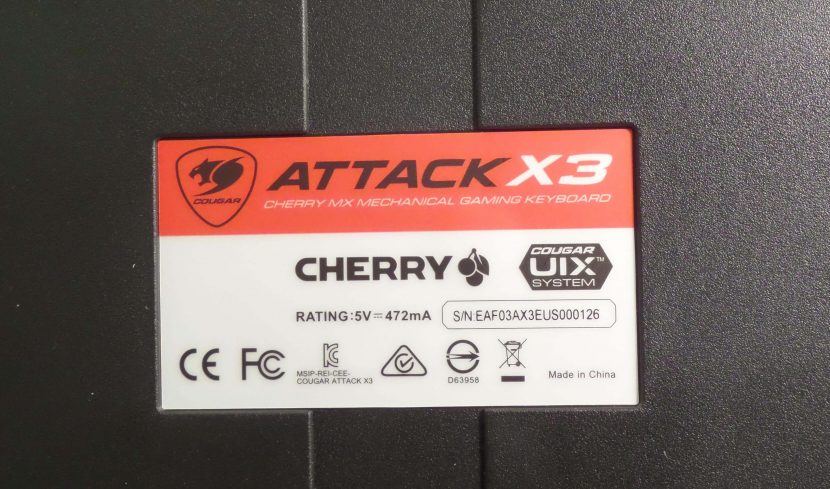 And then there are 2 feet to keep it from being flat and are rubber tipped to keep the keyboard from sliding.  They name them the Anti-Slip Rubber Feet. 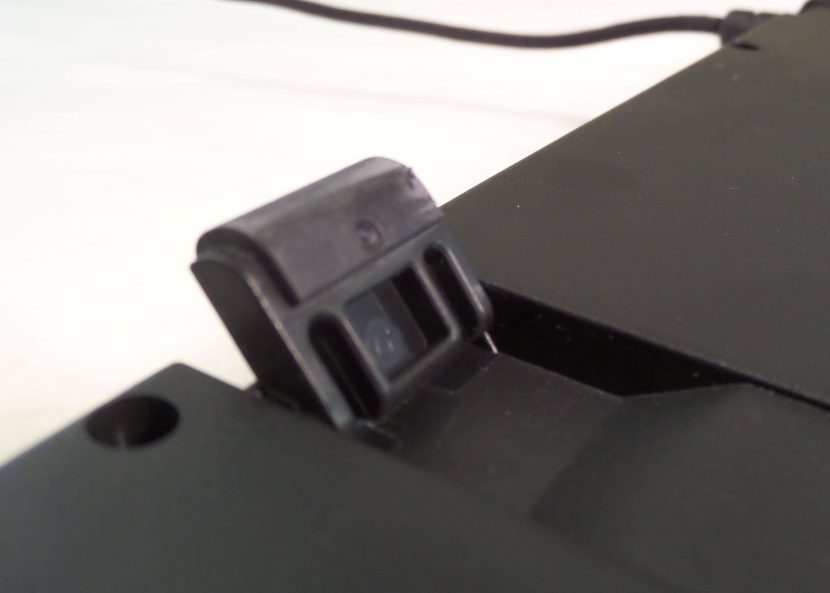 Back on the top of the keyboard, we can see the Cougar logo tastefully silk screened on the keyboard.

The keyboard actually has 108Keys, but what are all the extra keys about, well let’s check them out.

I will skip over a bit on the regular keys and show you the extras, even if some are multi-function.

Talking about functions, here is the function key, this along with another key unlocks features.  On standard keyboards, this might have been one addition Windows button. 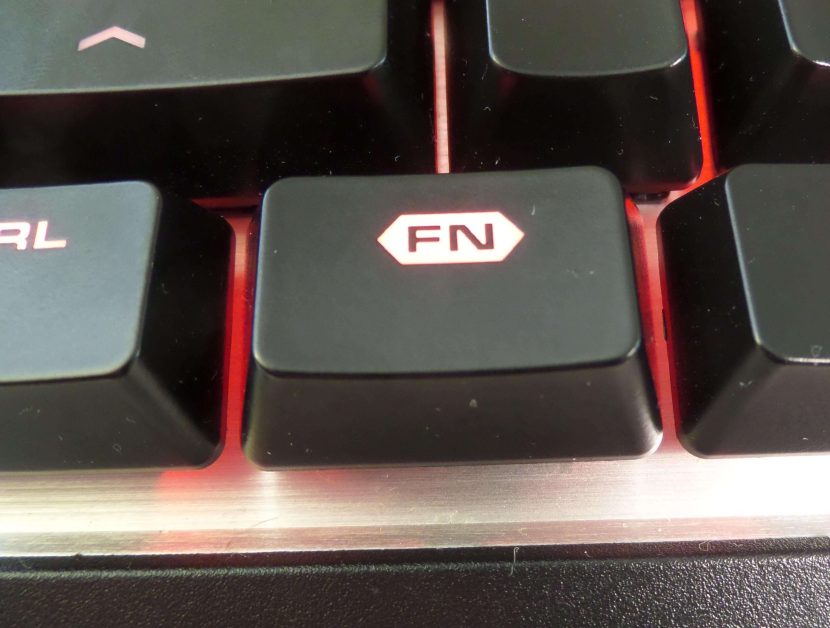 Then on the right side of the keyboard, we have the Windows key, along with function it locks the Windows key.  This keeps you from accidentally pressing the windows key during games.  Right next to the Windows key is the Properties key, or right click.  If you select an icon in windows and right click on it, the drop down will show you the functions and properties of that icon; this key does the same thing. 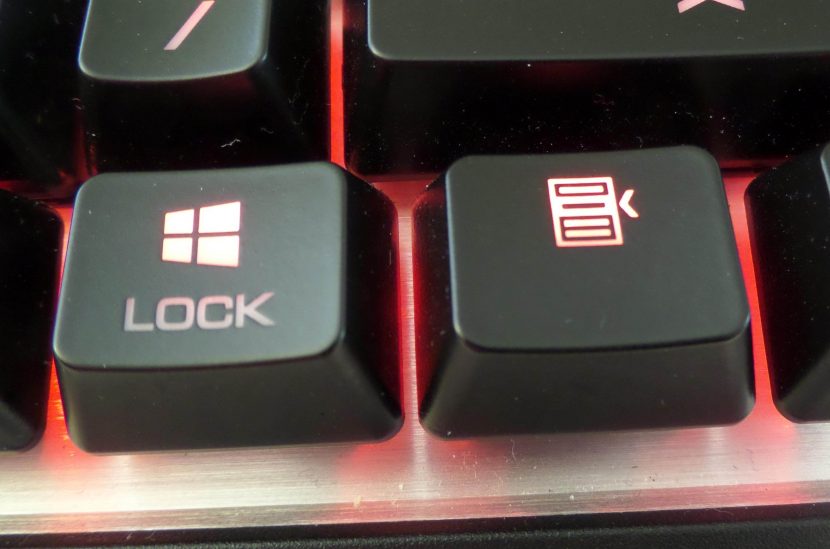 Up on the top left hand corner, to the right of the Escape keys are the Function keys and the light key.  Along with the function key, this unlocks the F keys be allow you to use 3 sets of Macro’s (F1, F2 and F3) then F4 allows you again using the function key to change the brightness of the Red LED lighting.  There are 5 different modes, Off, Low, Medium, High and Breathing.  I will show you the lighting effects a little later in the review.  Another thing is that the LED light only comes in Red. 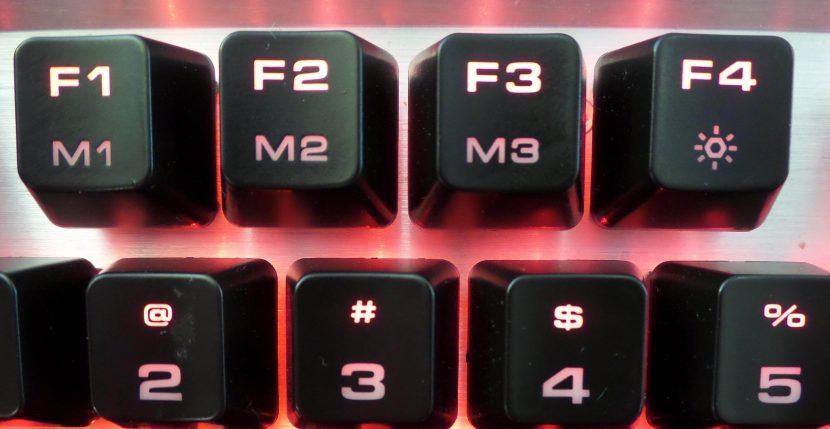 Here are the polling keys, I cannot honestly say I have noticed a difference between the different polling rates, but some may.

Here we can see F9 doubles as Play and Pause, F10 doubles as Stop, F11 doubles as Rewind/Previous and F12 doubles as Fast forward/Next.

To the right of those multi-media keys, we find Print Screen key doubles as a 6K rollover and the Pause/Break key doubles as the N-Key rollover.  I will describe these keys a little later on.

And when you thought there were no more multi-media keys, there are more.  I like these keys, in order there is Mute, Volume Down and Volume Up.  While this key is not a special key, I like the way they made the key look.  Take a look at the Asterisks key, just different. 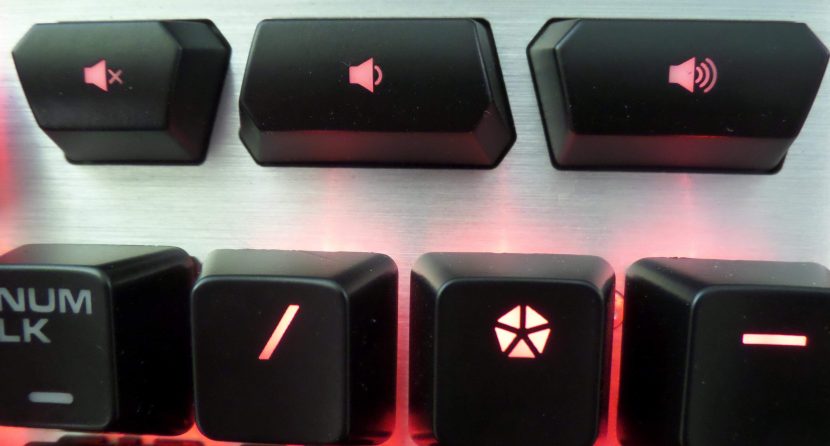 Well, behind the keys and some of the keys I have described, there is the lighting.  Let’s take a little closer look at this.