Up Close and Personal

Inside the nice looking box, which I usually prefer a plain brown box comes this mouse. 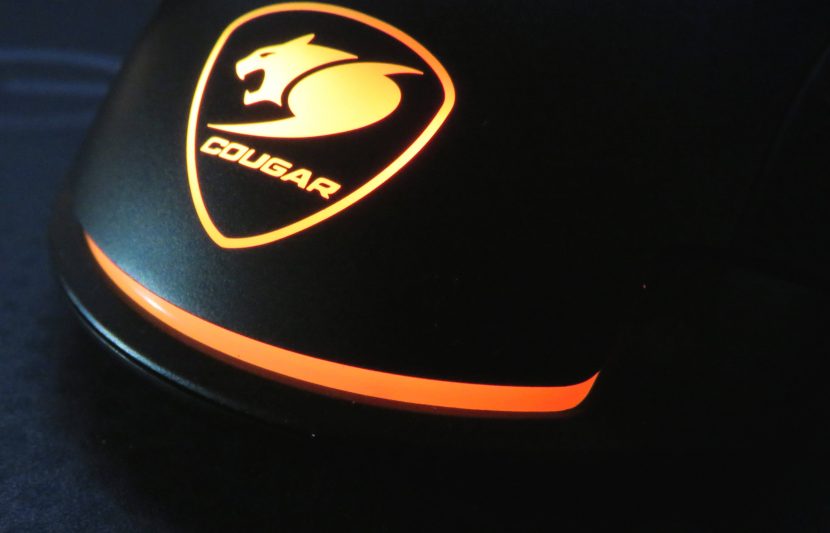 This sexy logo and bottom strip are not stickers, it’s a picture of the palm rest for this mouse and 1 of its 2-Zone RGB backlit areas.  It has 16.8 million colors it cycles through, but here are a few. 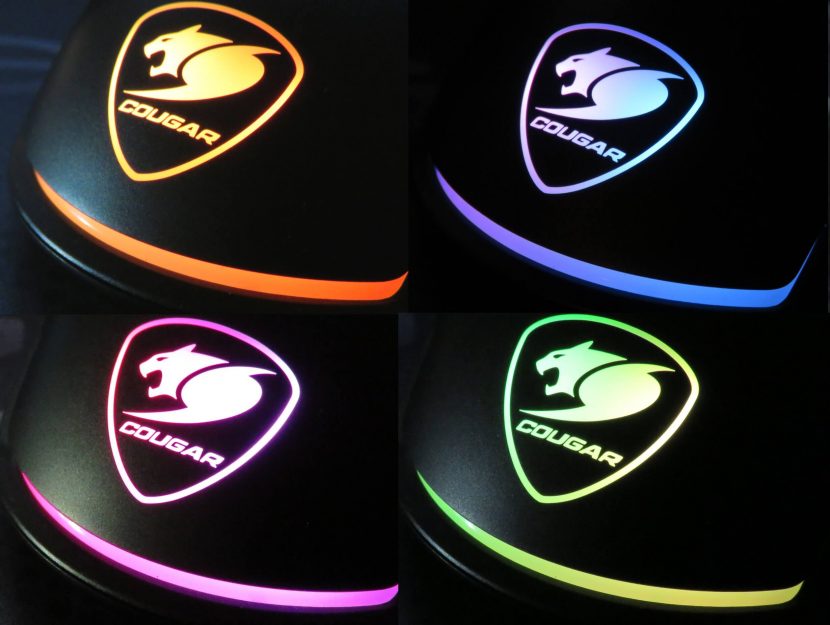 This light adds nice light underneath your palm while you play, I will get into the 2nd zone soon. 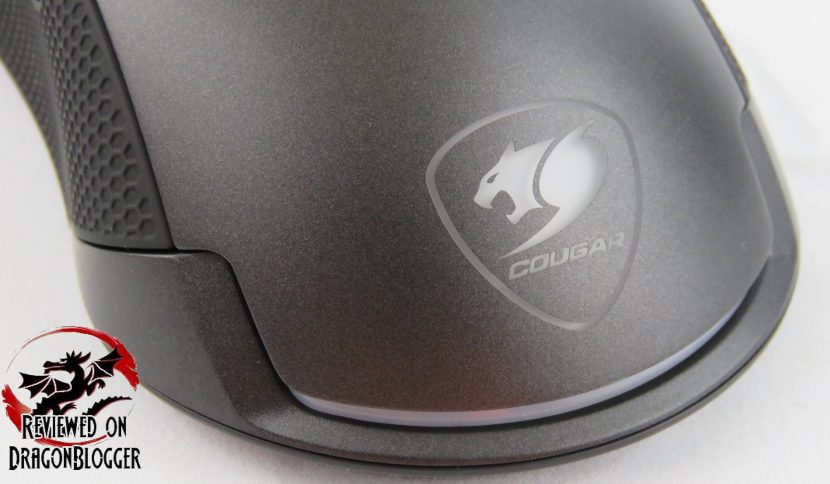 This is the same area with the light off and in the light.  Let’s work our way around the mouse, let’s go to the right hand side. 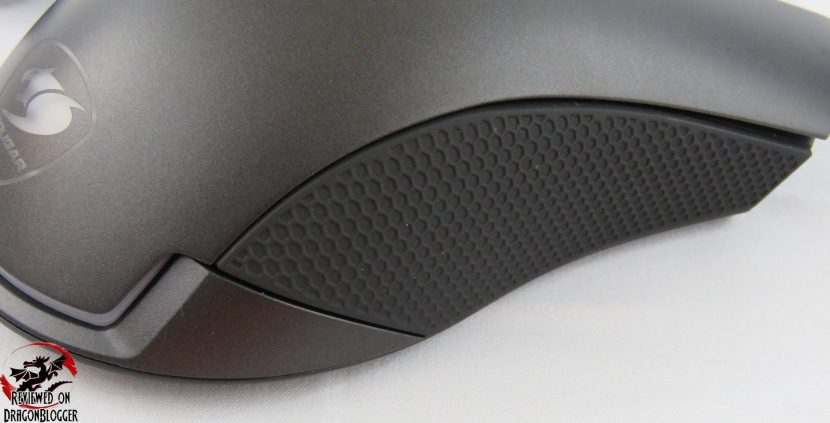 The right is basically bare, but here we can see the Anti-Slip Flanks.  These little honey comb shaped groves will help your hands from slipping after hours of gaming.  This is a gaming mouse, so they want to make sure you have a stable grip and it does a good job.  There is another side to this, I will go over it very soon. 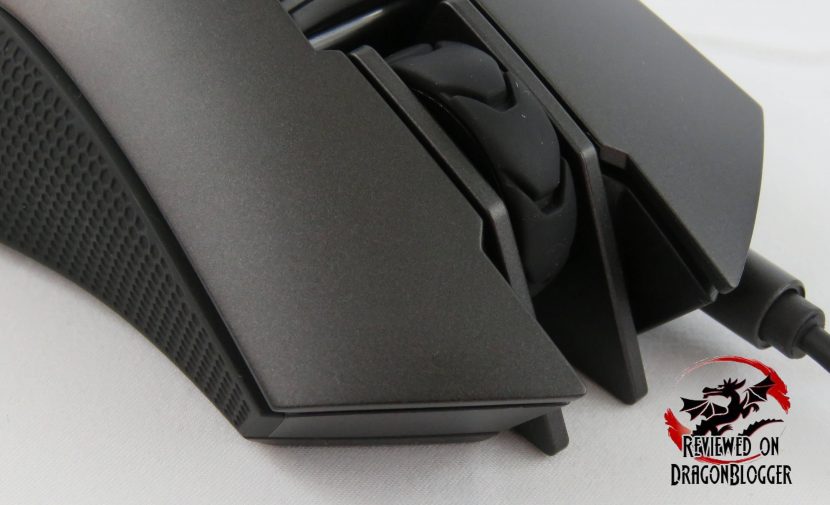 Coming around to the front of the mouse, it looks a bit futuristic.  It’s got all of the curves of the batmobile, ferocity and its speed, such attention to detail.  Here we have the left and right mouse button.  They are backed by the OMRON MICRO switches, guaranteed they say for a minimum of 5 million clicks.

The front reveals its gaming grade scroll wheel as well. 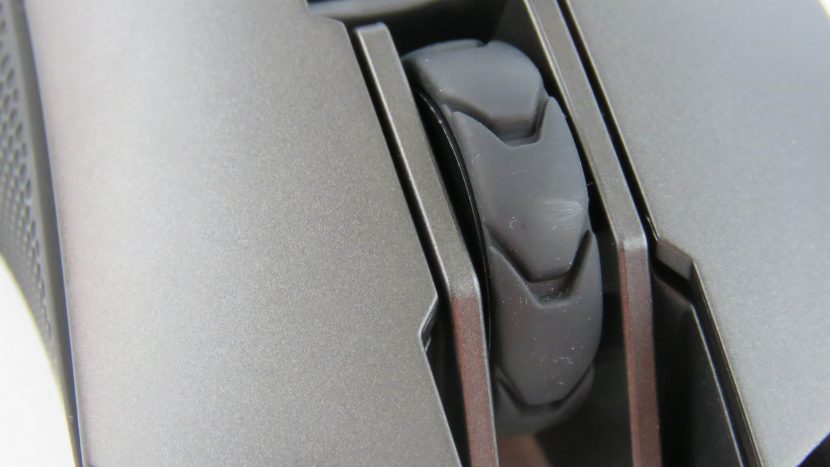 While scrolling, it’s not incredibly clicky sounding, but you can feel the rubberized rumble of it.  The scroll wheel can also be used as a button, pushing it down.  The entire texture of the Cougar Revenger is a very matte type feel, smooth almost rubber, it feels nice in your hands. Cougar Calls this their Premium Pro-Gaming Surface.  Let’s move behind the wheel for a sec. 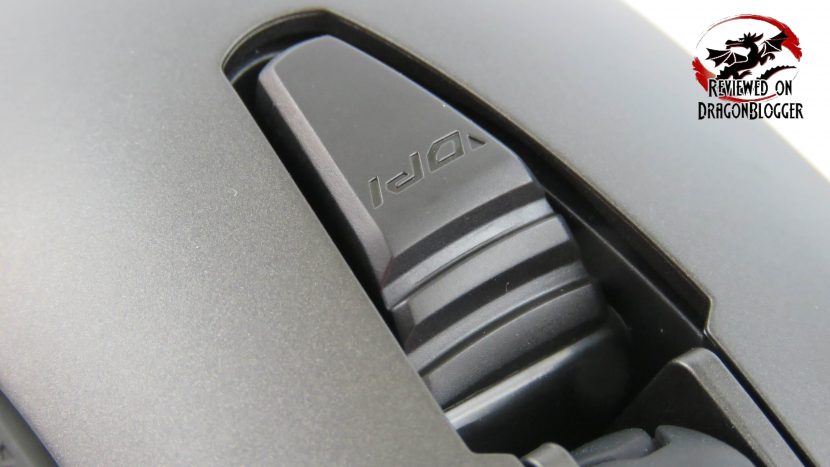 The DPI trigger while held also activates sniper mode.  Sniper mode has its own DPI setting, usually higher than the others allowing you more finely tune your DPI when needed and once released puts you back into the DPI mode you were in previously. 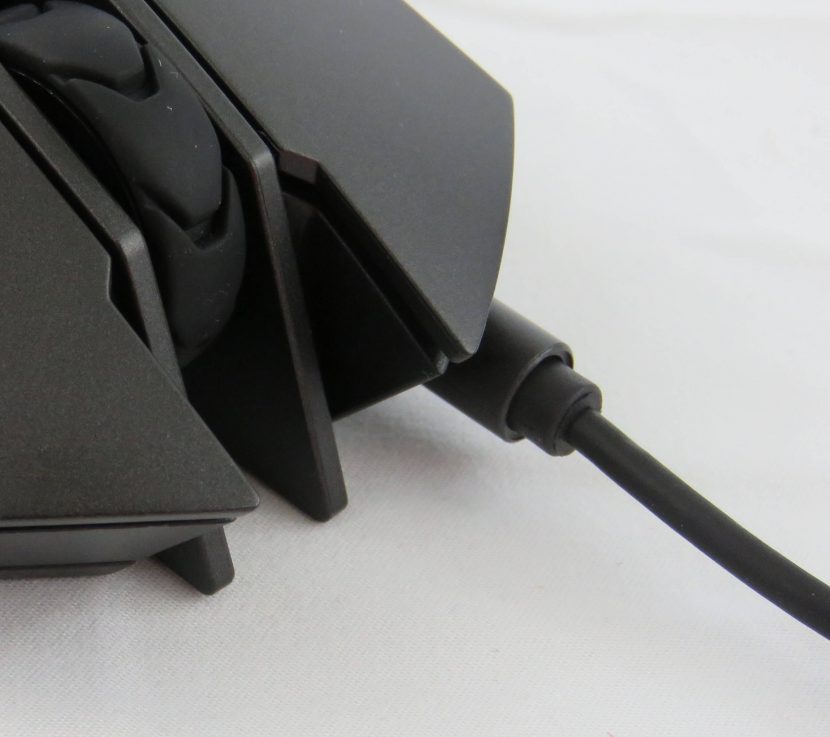 One thing you will notice about the Cougar Revenger is that the cable under the left mouse button rather than in the middle, don’t worry it never gets in the way. 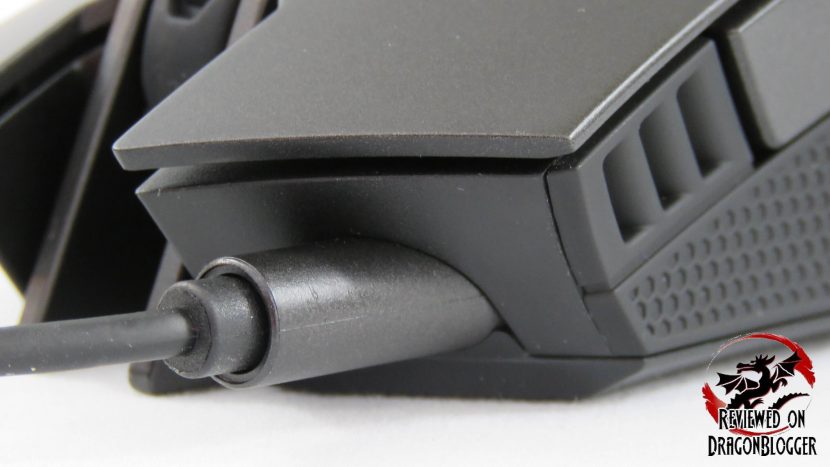 Here you get a better view of it.  In this shot though we catch what looks like gills but it’s actually the Revenger’s 3-Stage DPI LED Display, we will focus more in on this in a second. 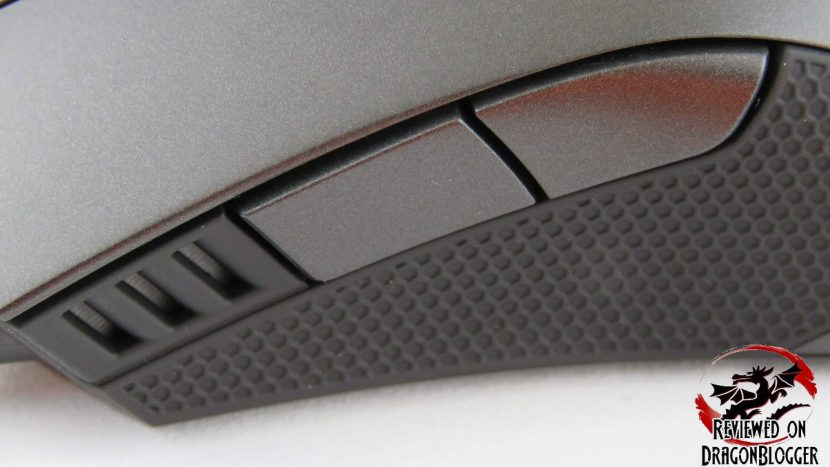 Turning it a little more to the side, we can see again the Anti-slip rubber flanks again, yup on both sides.  We can also see the Forward and Backward buttons, like all of the other keys on this mouse, they can be re-purposed to function however you choose.  We also find the DPI LED Display, let’s focus on this now. 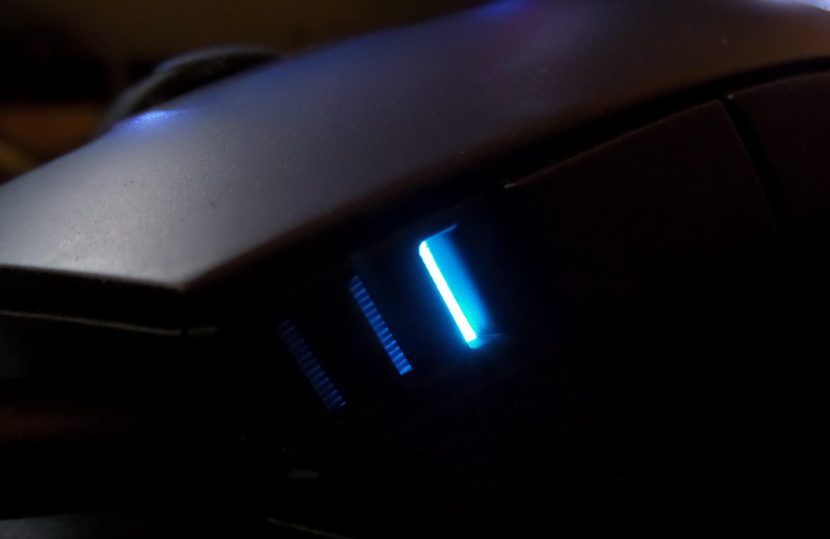 This is how it looks like when the LED is lit up and on the first of 3 stages. 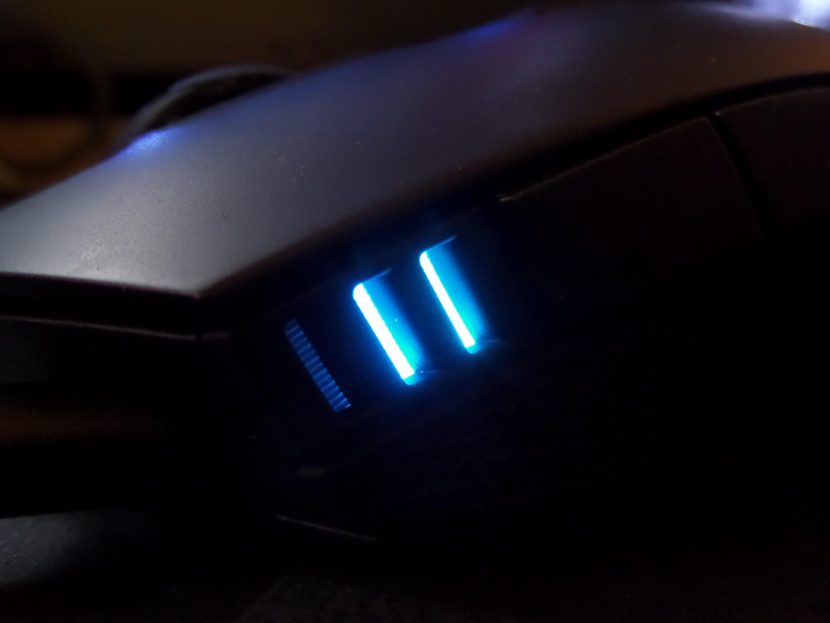 This is the 2nd stage in the 3-Stage DPI LED Display, we are almost at the boss. 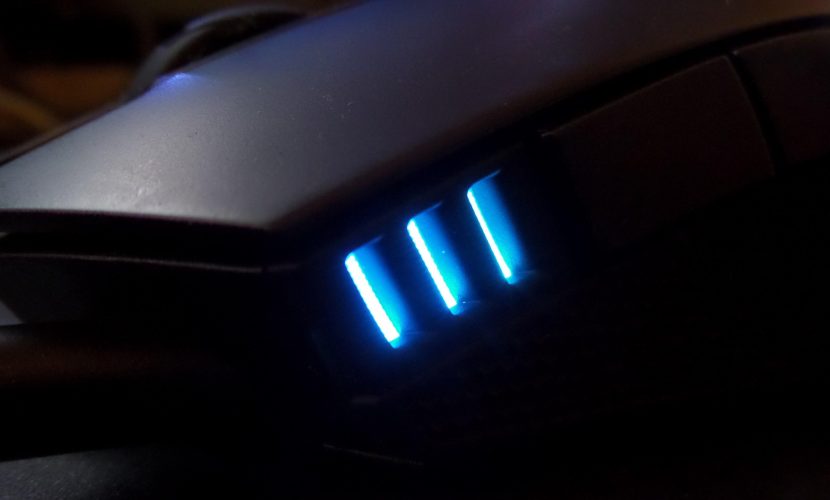 This is the 3rd and final stage, this boss doesn’t look so rough.  All 3 of these LED’s are not only programmable, but you can also change the color of the lights and lighting effect as well, I will go over this in the next chapter when I cover the UIX software. 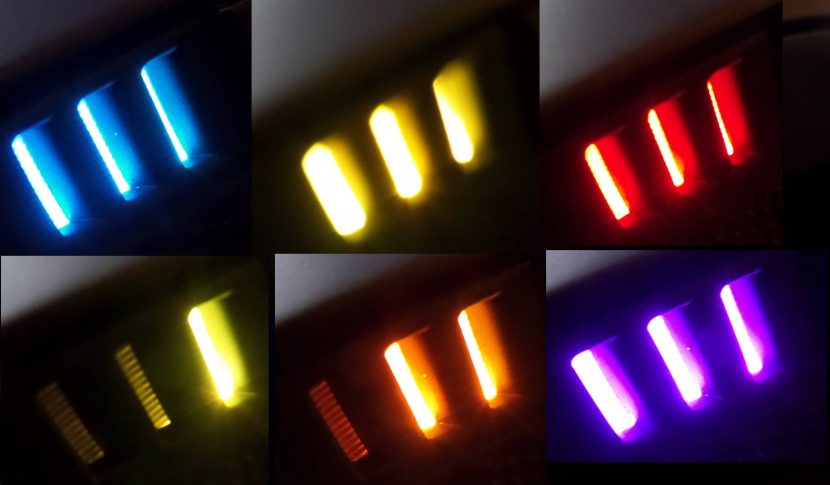 These are not all of the lights, but I wanted to give you an example of how they look. 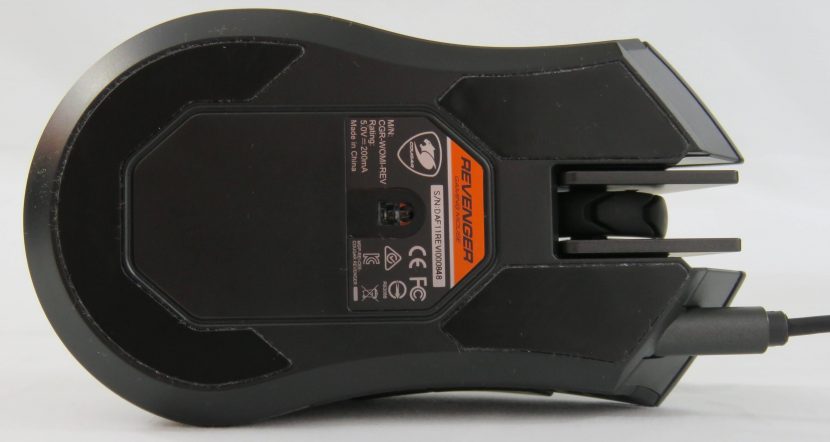 Last but not least, we have the bottom of the mouse. 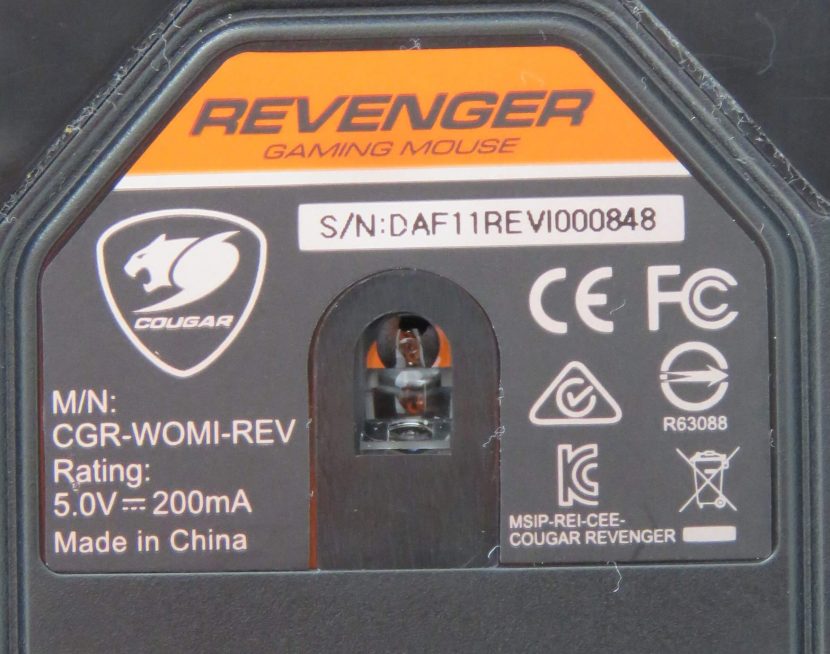 The bottom reveals the Revenger Gaming Mouse sticker, Serial Number, Model Number, all of its certifications and the Optical Sensor. 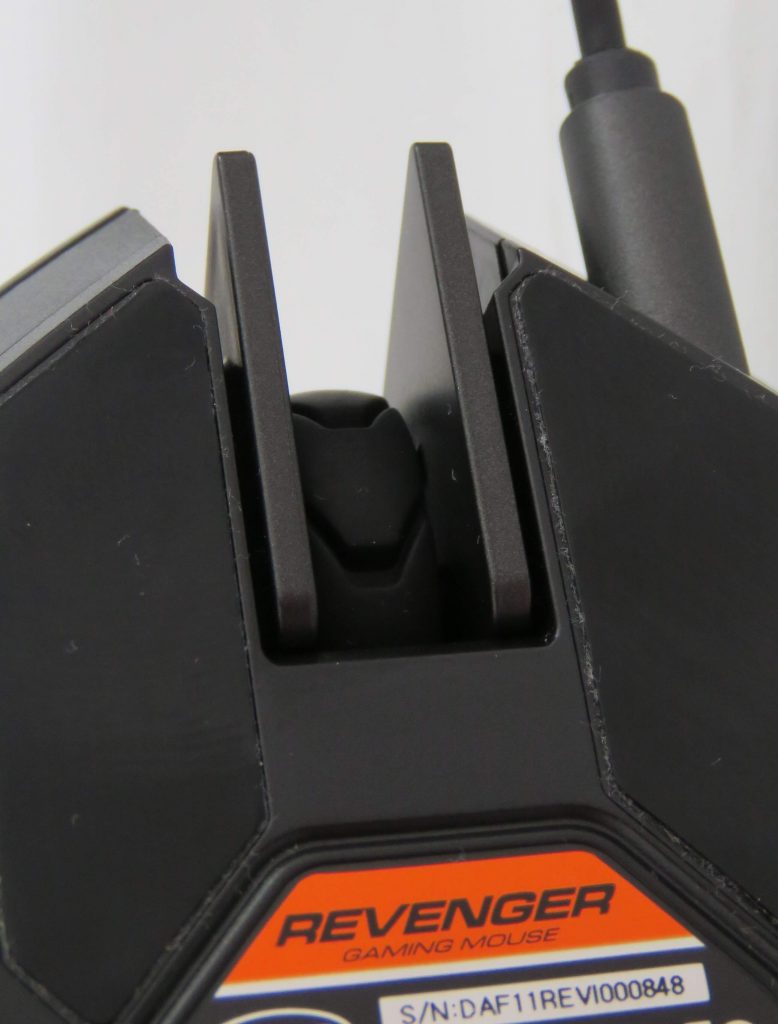 Then we have the bottom of the Gaming Grade Scroll Wheel.  The walls built around it keep it confined and make it look like some sort of scooper or blinder to keep it focused. 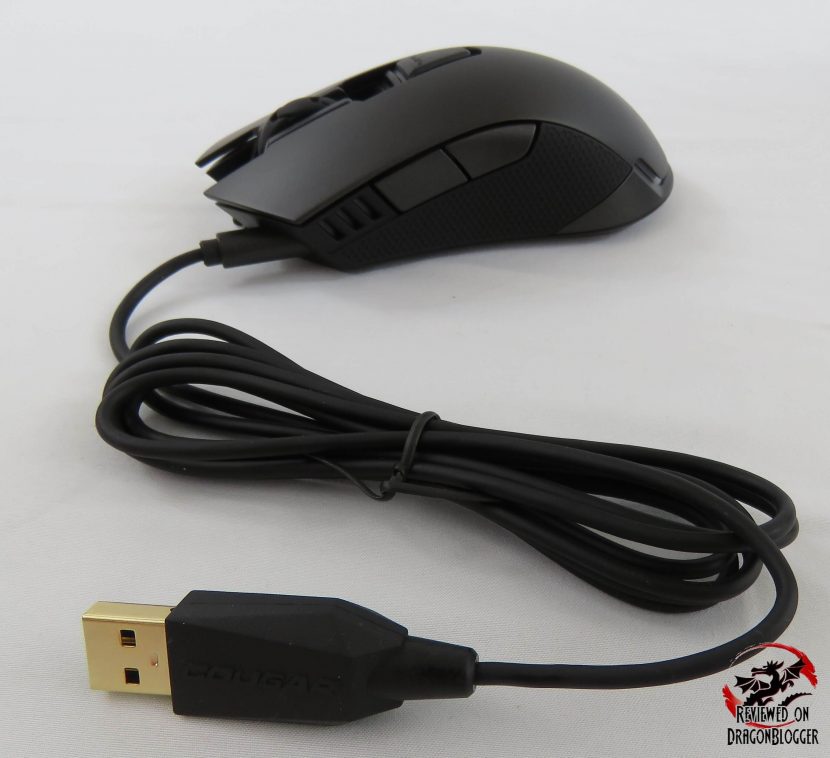 Moving away from the mouse, we have the 1.8meters/70.87 inch rubberized cable.  I do like the braided cables… and they are supposed to protect from bunching up or twisting, but I have not found that to work very much as my daughter has proven with a bunch of headphones and mice and it costs more, so it does not bother that it is rubberized. 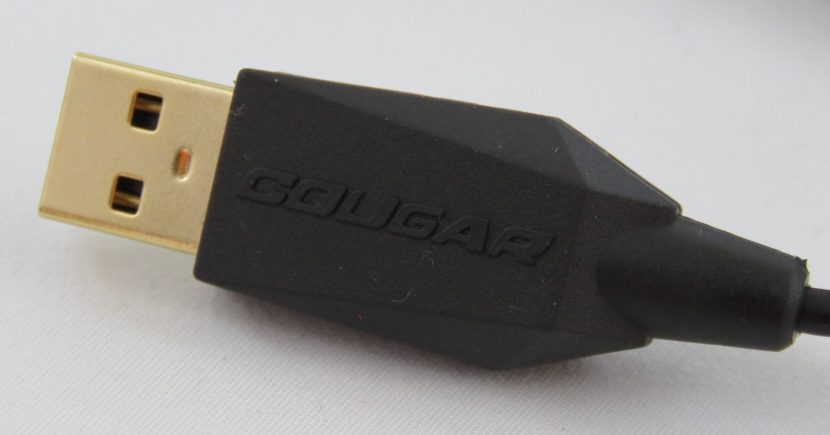 Then at the end of that very long cable, we have the gold-plated USB plug.  The connector is backed by the standard type cover but branded Cougar.

OK, so we have covered the mouse entirely, let’s move on to the UIX software.