Dawn of the Planet of the Apes Movie Review

If you were to tell me that a sequel, to a franchise that’s been rebooted for a third time, that had lost it’s director, writers and the majority it’s actors would be one of the most successful films of the year, I would’ve called you a liar. Yet, that’s exactly what happened with Dawn of the Planet of the Apes. Even amidst one of the stronger summers for cinema, this one definitely stood its own ground. 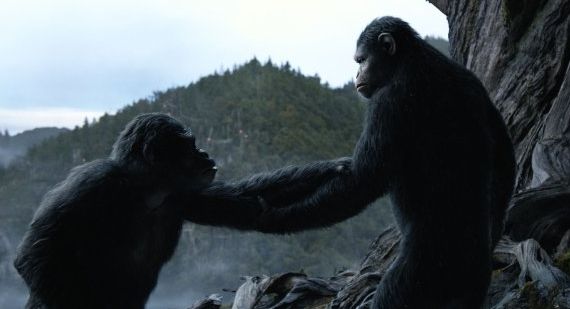 Fast forward ten years after the events in 2011’s Rise of the Planet of the Apes. Caesar and his group of genetically enhanced apes have thrived in the woods outside of what use to be San Francisco. Their counterparts, what remains of the human race after the devastating virus has wiped them to the brink of extinction, have not been seen in over two years. A chance encounter between the humans and the apes changes everything. This sets in motion a series of, albeit somewhat familiar, events that will change both sides; not necessarily for the better either. 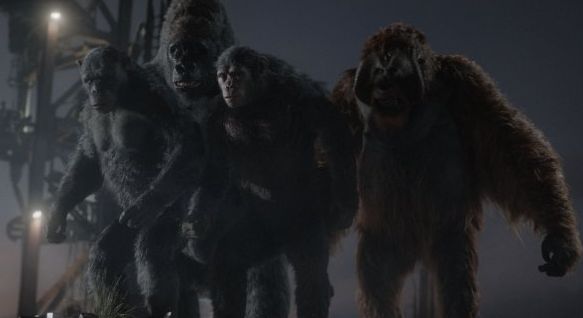 Andy Serkis reprises his role as Caesar and not does he not disappoint. From his bone-chilling “GO” right to the end of the movie, Serkis shows he’s a force to be reckoned with. Jason Clarke, channeling his inner Zero Dark Thirty, gives a spirited performance as the leading actor while his supporting cast, including Keri Russell (Austenland, Felicity), Kodi Smit-McPhee (Let Me In, The Road) and the ever-talented Gary Oldman, all provide a serviceable job. All the actors on the motion capture side, also, did an amazing job. 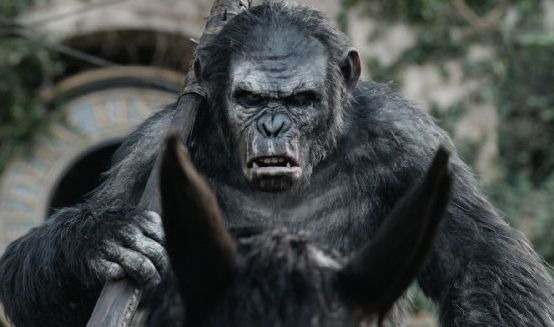 Overall, Dawn of the Planet of the Apes, in my opinion, was one of the best films to come out this year. The story was provoking and, with the exception of the whole Lion King-esque plot within the apes story line, kept my eyes glued to the screen from start to finish. I cannot wait to see where the next installment goes and if humans will finally take a backseat to the apes story. I give Dawn of the Planet of the Apes an 8 out of 10.

Have you seen it? Let me know what you thought about it. Did the “evil uncle plot” feel old and boring? Did you find yourself rooting for the apes or for the human race?

32. Conservative. Male.
@RadioMadison The song "Peach Fuzz" by @Caamp is so gosh dang good. It's that wholesome, feel good, song you always… https://t.co/cdo648YmlA - 2 months ago