As we wave bye-bye to Season 7 and reflect on an exciting World Championships, many players are already thinking about the future. With Season 8 set to start from as early as December, all eyes are turning to the new changes and how they’ll affect the new season. 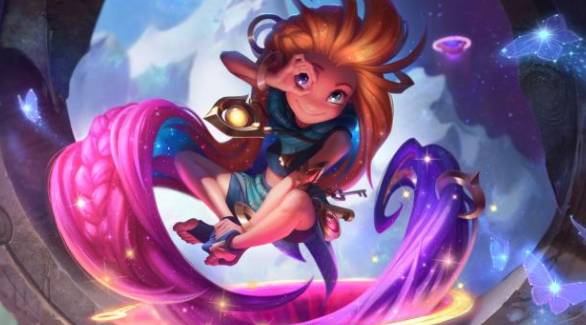 To keep you up to date, we’re looking at the major changes for Season 8 and what it means for players. If you’ve been playing LoL recently, then you’ve probably noticed some changes already, but hold onto your hats, more are still to come!

So stop staring at your Victorious Graves skin and pay attention, these new changes are about to change LoL as you know it.

The first major change going into Season 8 is the removal of Influence Points. Having been in the game since its launch over 8 years ago, we’re finally getting an in-game replacement currency. Many players have welcomed this changed as it fixed an annoying problem in the game. Previously players had to collect both Blue Essence and Influence Points in order to unlock champions and rewards, but now they’ve all been merged together.

By having one currency in-game currency instead of several, this makes things much easier to buy. Players now get Blue Essence from loot boxes and matches which can be used to buy champions just like they would with IP. To celebrate the release of Blue Essence, Riot have also launched a limited store featuring some super are skins and items. If you want to start Season 8 with a bang, then be sure to grab yourself the limited edition Urfwick skin!

Influence Points might be leaving the game forever, but they’re not the only thing. Since the launch of the game in 2009, runes have remained pretty much unchanged. Originally designed to offer customization of playstyle, runes have pretty much become forgotten. Most people don’t even know what runes do, they just copy a guide and never look at them again.

However, the start of Season 8 has unveiled an entirely new set of runes which has pleased many players. These new runes offer a different style of customizability never seen before and allow players to pick a “path”. These different runes offer many in-game bonuses and buffs that can be used to open up a whole new world of plays. If you’ve never paid attention to runes before, then you will now.

Traditionally the highest level in League of Legends was level 30, but not anymore. One of the new changes for the preseason patch is the ability to level up indefinitely. Now, for every milestone a player reaches, they will receive a unique loot box full of exclusive skins and rewards. This means players have something else to focus on apart from trying to reach Gold league.

With almost all accounts currently at level 30, it will be an exciting race to see who can level up the fastest and who can claim the first reward. Now you can play LoL knowing you’ll get rewarded no matter if you win or lose.

League of Legends generally has lots of ongoing champion reworks at any given time, but with the start of Season 8 lots of new reworks are coming.

As reported by Dot eSports, a mind-blowing 120 champions are having their spells and abilities tweaked. Considering in the past the most champions updated in 1 patch have been 20, this is a record-breaking update!

These changes are mainly due to the new rune system and to stop champions from becoming too overpowered. This means tweaking things such as the cooldown on stuns and snares to make some champions more balanced.

Although a lot of the changes have been done during the preseason patch, not all of them were successful. This means Riot will continue to tweak champion’s spells and abilities all the way into the start of Season 8. If you’re having trouble playing against a certain champ, then don’t worry. Finger crossed it will be nerfed by the beginning of Season 8 when your stats really matter.

How Will These Changes Affect Season 8?

As you can see, there are plenty of exciting new changes coming to League of Legends in Season 8. But how exactly will this affect gameplay and matches? From looking at the changes it’s clear that games are going to become a lot more exciting. With a whole new rune system that opens up a new world of play styles and customizability, games will undoubtedly be a lot more interesting. You can also expect the meta to change very quickly as players start to tweak their builds to the new changes.

If you don’t want to risk ruining your MMR while trying out the new runes and champions tweaks, then we suggest you buy a League of Legends account. Not only does this allow you to practice on a new account, but if anything does go wrong, your main accounts MMR won’t be affected.

With so many new and exciting changes coming to League of Legends, now is the perfect time to gather your friends and hit the rift!