LOS ANGELES, Oct. 13, 2015 /PRNewswire/ — SQUARE ENIX® today announced that DRAGON QUEST HEROES®: The World Tree’s Woe and the Blight Below™, the action RPG derived from one of Japan’s most popular video game franchises, is now available in North America for the PlayStation®4 computer entertainment system. Led by a legendary trio of creators including series mastermind Yuji Horii, revolutionary composer Koichi Sugiyama and world-renowned artist Akira Toriyama, the game brings DRAGON QUEST® back to the West in full force. 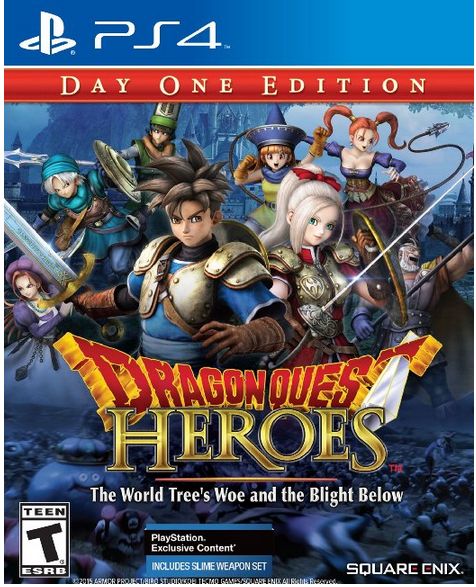 “With the DRAGON QUEST franchise’s massive success in Japan, we have always dreamed of bringing the series back to Western audiences,” said producer Ryota Aomi. “Today that dream becomes reality, and we could not be more excited to re-introduce DRAGON QUEST to loyal and new fans alike through a game that combines role-playing elements true to the series with fresh, fast-paced combat.”

With over one million units shipped worldwide, DRAGON QUEST HEROES: The World Tree’s Woe and the Blight Below invites players to join forces with 13 characters both new and iconic from previous DRAGON QUEST titles. Those characters include Alena (DRAGON QUEST IV: Chapters of the Chosen), Bianca (DRAGON QUEST V: Hand of the Heavenly Bride) and Yangus (DRAGON QUEST VIII: Journey of the Cursed King), and newcomers Luceus and Aurora, to hack and slash their way through swarms of monsters ravaged by a mysterious curse. These monsters will require more than just sheer strength to overcome, however, as players will also find themselves summoning monsters to their side with the use of Monster Medals, upgrading their equipment and items by obtaining loot, and customizing their characters’ skill trees in order to defeat the most formidable of foes. 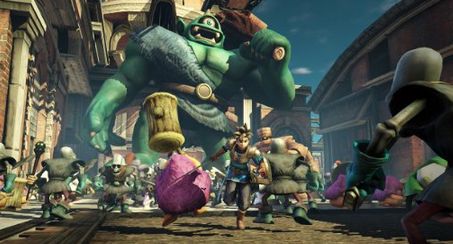 Additional assets can be found on the press site: press.na.square-enix.com

Story:
A dark cloud has fallen over the city of Arba, driving the once peaceful monsters into a frenzied rage. As either the hero, Luceus, or the heroine, Aurora, the player joins forces with an iconic cast from previous DRAGON QUEST titles to bring the rampaging hordes of monsters to their senses and restore order to the kingdom.

This title is rated T for Teen. Please visit the Entertainment Software Rating Board (ESRB) website at www.esrb.org for more information about ratings.

*Due to music copyrights, we recommend that audiences view the trailer at the official YouTube site.

More information on Square Enix, Inc. can be found at http://www.na.square-enix.com.