Driver-Start.com is an online website that helps thousands of people each and every year learn to drive and pass their test though the use of online driving test technology . Gone are the days of only learning for that single hour per week which you pay for or burying your head into a highway code manual, in the modern age you can learn all about driving cars whilst you are on the go form your laptop cellphone or tablet. The application can not only help you to swot up for the DMV written test but also teach you about driving on the whole and many people have benefitted from this method of learning.

It is fascinating how technology alters how we do things such as learning to drive through an online driving test and in fact, such are the advancements of technology, we may not need to pass a driving test for much longer as more and more progress is being made on driverless car technology. What was once considered to be a pie-in-the-sky idea that would not have looked out of place in a “Back to the Future” movie or in “Star Trek,” is now getting closer and closer to actually becoming a reality. Working with the guys at Driver Start, we wanted to take some time out to answer those buzzing questions which you may have about this exciting technological advancement.

As to whether you will be a driver or a passenger in your new, automated car, the choice will be entirely up to you once you are inside the car. Dr. Nick Reid, Academy Director at the transport consultancy firm TRL had this to say on the topic: 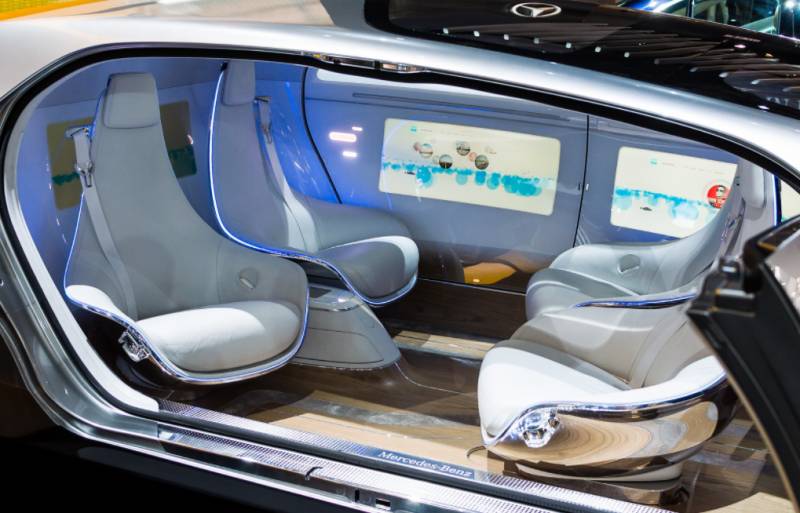 Whilst nobody can offer guarantees that crashes will stop 100%, it is widely considered that crashes will almost completely be eradicated once driverless cars hit the roads. The principle reason behind this school of thought comes not only from the lab tests and evidence that there has been seen so far but also from the worrying statistic released by the US National Highway Traffic Safety Administration (NHTSA) in 2008, that 93% of all crashes are as a result of human error. Reducing this human error coupled with the sophisticated technology which would link cars with roadways and traffic lights for example could see crashes becoming a thing of the past once and for all.

Will There Still be Driving Tests?

Owing to the fact that you will still have the option to drive should you wish, there will still be driving tests in spite of automated driving technology and online driving test software will stay be relevant. With this being said, the tests are likely to look very different indeed to those which we are familiar with at the moment. Speaking to UK newspaper The Daily Telegraph, Dr. Reed had this to say on how he saw driving tests altering in the future:

“They might be very different, with different layers. Just as you have an automatic and a manual gearbox test today, there might be an automated driving test which may only entitle you to ‘drive’ a certain type of vehicle that has certain automation systems, rather than any vehicle. Drivers will need to understand how to operate those systems – so there may also be different skills required as part of the test.”

Generally speaking the answer is yes in terms of the massive reduction of the level of traffic which you will find on the road. There will still be times where traffic will build up, simply because of the sheer volume of cars in some cities versus the amount of space which exists on the road. Having said this, many traffic jams are often caused by accidents, either because a lane or road is blocked or simply because of people slowing down to see what has happened. The reduction of accidents will contribute greatly to the reduction of traffic. Equally, because the speed of automated cars will be better managed, highways and freeways could see a large reduction in slow-moving traffic.

Will I Need To Own A Car?

Such is the way that this technology is galloping forward it does look like we are slowly moving into an age where ownership of a car will not be required and that we may end up looking upon the idea of mobility as a service. Stan Boland, CEO of FiveAI, a company that specializes in the constructing and designing of AI-driver software suggested that in the not-so-distant future, the way in which we go from A to B could change dramatically:

“Imagine an Uber-like service you can summon at the touch of a button, but without a driver. Renting is not necessarily the right word – consumers will buy a service like using an Uber today, but with a wider range of vehicle configurations to suit different types of travel “

Some experts have suggested that this shift could take place by as early as 2030.

Could I Get Hacked?

As with any device or system which relies on computer devices, the potential to get hacked always exists and this is not different with automated cars. In fact, such is the sheer amount of hardware and software that a driverless car would possess, the vulnerability to hackers is incredibly high.

Because of this, security companies around the world are working tirelessly so that they can add the necessary protection to the vehicles which will soon be hitting the roads. This is likely to be one of the key components of the success or failure of driverless cars as the consequences of a moving car which is being controlled remotely by someone with bad intentions could be catastrophic.

Whilst still very much in the early stages, progress is being made at great speed with this kind of technology and all indications suggest that we could see the first automatic cars hit roads within the next decade. What are your thoughts on this? A good idea, or have has technology gone too far?