When someone from Yogile.com contacted me to take a look at their unique photo sharing site, I decided to oblige them and see how it compared to Flickr, Photobucket, Picasa Web Albums and the like.  One thing that Yogile boasts is the ability to allow multiple contributors to all submit and share to the same photo album from either uploading on the site or even via email.

Their use case scenario was really good, a bunch of people are at a gathering like a wedding or party and each person can contribute their photo’s to a collective gallery.  This allows anybody to email their photo’s directly to the Yobile album and the owner of the album can review and approve them, or you can set it so that they will be automatically added to the album without any approval needed. 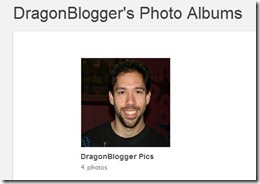 When creating my album I decided to give it a password and test out the private album features.  Note that each album is given its own URI and email address.

My album has a URL of http://www.yogile.com/dragonblogger and the email address to submit photo’s to the album is dragonblogger@yogile.com 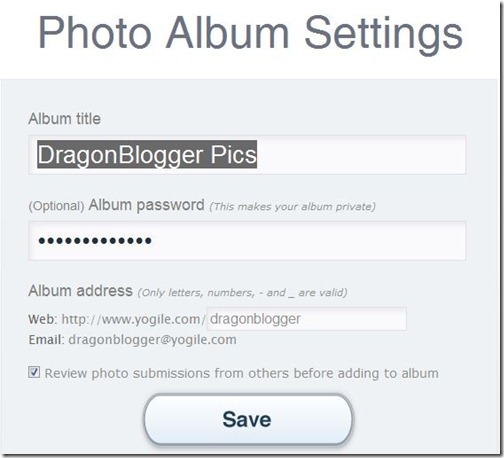 I decided to test out sending emails to the album to see if they would upload, I first send an email with some jpg files and didn’t in anyway specify a password when sending the email to my photo album.  I received a bounce back message saying that the album was password protected and that I had to enclose my password somewhere in the subject or body of the email for it to upload the photo’s to the album

I tested with a password and the photo’s uploaded to the album fine, but since email itself isn’t encrypted and the password in the body is sent via clear text don’t expect any type of real security with a photo album password being required.

One feature about Yogile that people may or may not like is that any public album is fair game, you can download an entire album with one click from within the album.  This is good for everyone to be able to download a copy of the album to their computers when they are all collaborators, but it if Yogile stands to have a giant public library of photo’s it means entire albums can be poached pretty easily and this could encourage photo or image theft.  I did an example by choosing some persons random album showcasing their pugs. 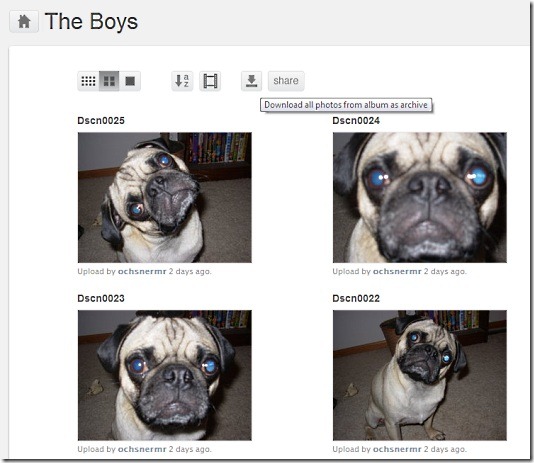 The embed function works very well and shows you several sizes that you could embed into your blog.   You can have the controls bar set, auto play and even a publishing button so users can directly contribute to the album from your embedded widget.

.  This made me think that this was a really good way to hold some sort of contest or engage readers to contribute their favorite photo’s or pictures of something to your albums on your blog.  It might open up new collaboration options and ways to engage readers for photo bloggers and such which is really what I think is valuable about the Yogile photo album service.

Overall, all the standard features are there like editing descriptions, photo names, album names, sharing on Twitter or Facebook…etc.

If you are looking for a photo album service that allows one of the easiest ways I have seen for letting people all contribute to the same album, then Yogile is a service to try.  I may come up with a creative contest in the future with Yogile actually.