Before we get into the benchmarks, here are my system specs so that you can use them as reference and then also to compare with your own system.

Here are the clocks and specifications of the EVGA Geforce GTX1080 TI Founders Edition as reported by TechPowerUp’s GPU-Z. 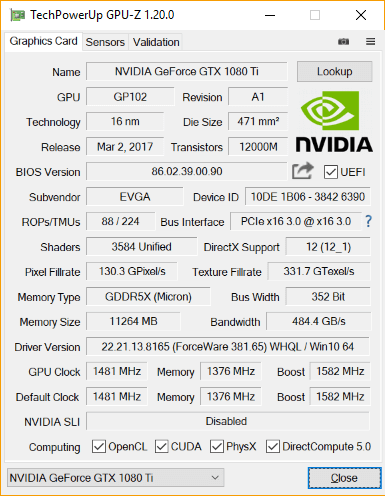 We will go over GPU-Z readings a little later in the review.  The driver I was using in this review was 381.65 for Windows 10.

This is EVGA’s own utility EVGA’s Precision XOC used to read the GPU’s specifications and actually I use this in depth a little later on as well. 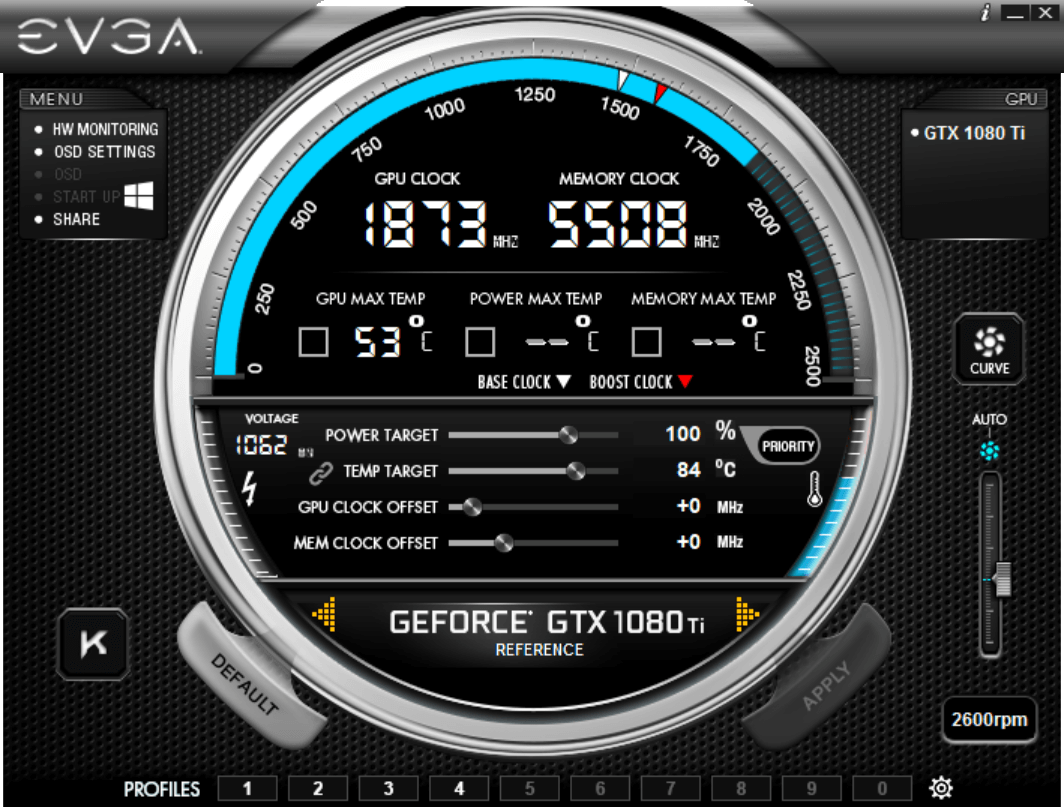 From this program, you can see the active GPU Clocks, Memory Clocks, Temperatures and you can control them as well, which means you can overclock.  You can even go as far as changing the GPU fan speeds.  We will get into that a little bit later.

For benchmarking, we will of course see the performance the video card provides, but we will also check the temperatures as well as the power consumption.  In the tests I report on minimum, average and max usage using the “Kill A Watt” by “P3 International”. 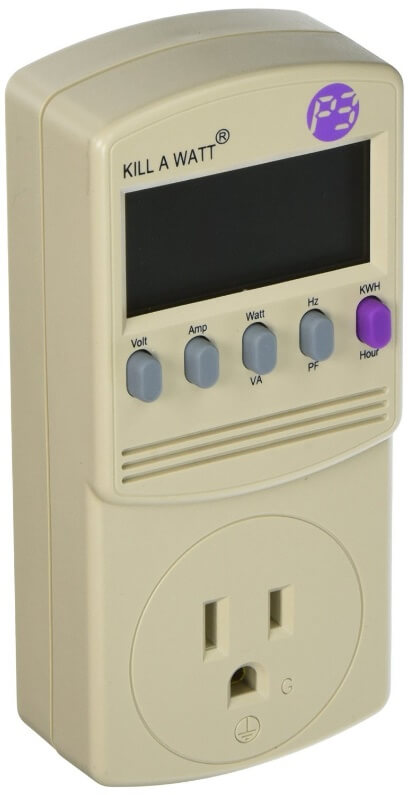 The programs I am using in order to test the performance of these cards are the following:

This is the best score I have seen so far, it performance 98% better than all other results.  The lowest wattage reached during this benchmark was 147Watts, Pascal has done an amazing job with power.  The average power consumption though was 352Watts with a peak of 364Watts at only 77°C.

A new benchmark I am adding to the round up is Futuremark’s Time Spy.  Time Spy is a DirectX 12 benchmark with support for newer API features like asynchronous computer, explicit multi-adapter support and multi-threading.  Time Spy’s graphic tests while not at 4K, are rendered at 2560 x 1440. 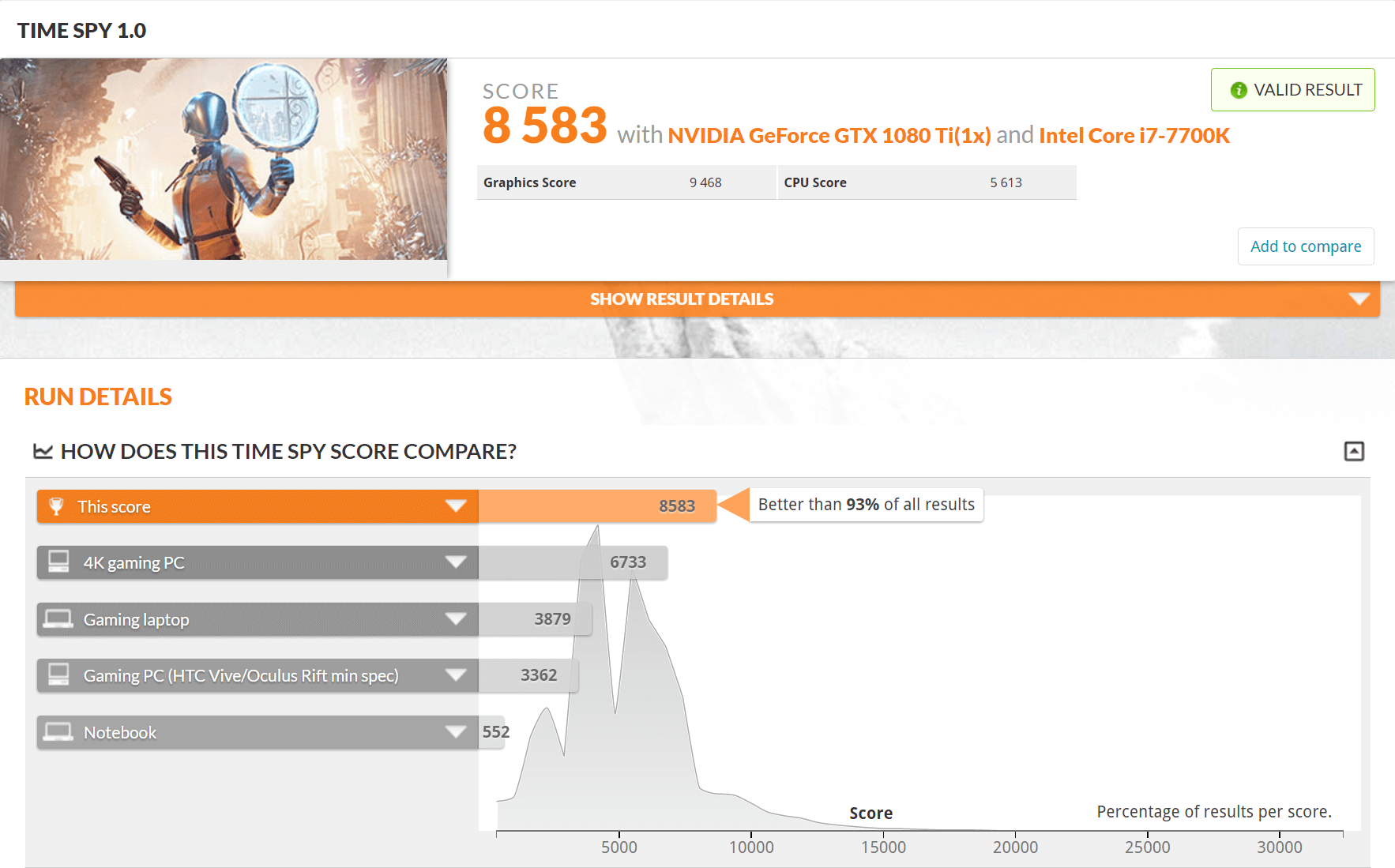 Looking at this score, many might get dismayed and go back to older versions of the benchmark because they scored higher there, it sounds odd but I have seen it many times.  Using older versions might be a good reference point, but you have to move with the times and truly test your hardware.

Here we can see that even though we are at stock speeds, the results from this card and machine are 93% better than all others, that is a bit refreshing.  Many of the results on 3DMark and TimeSpy are results from overclocked components, but as for right now this system is fully stock.

Here I was hitting 82°C with an average wattage hit of 328Watts.  The peak power draw was 369Watts and a minimum of 149Watts. 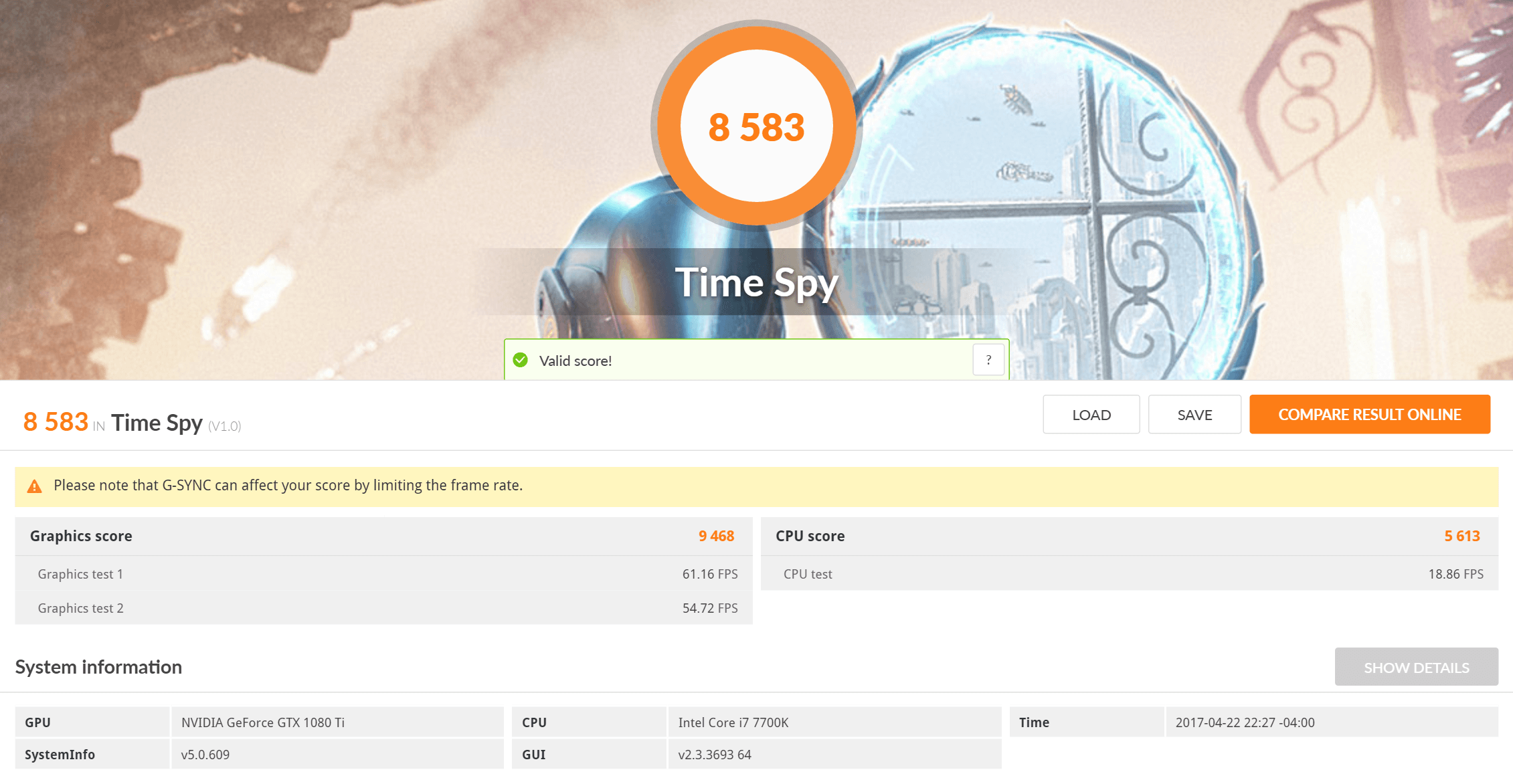 Breaking it down a bit more, we can see the individual Graphics score for both Test 1 and 2 as well as the CPU score.  This is good information for a little later in the review.

One of the most grueling benchmarks that I have tested, that is not a synthetic benchmark is Metro Last Light.  There could be many reasons why this makes cards perform poorly, poor optimization, high end graphics or a number of other things, and I do push it.  For these tests, I pushed the resolutions a bit, unlike others because this is meant to be one of the highest end cards I pushed this card to 4K testing.

Throughout the benchmarks, I keep the settings the same only changing the resolutions.  Here are the presets I use. 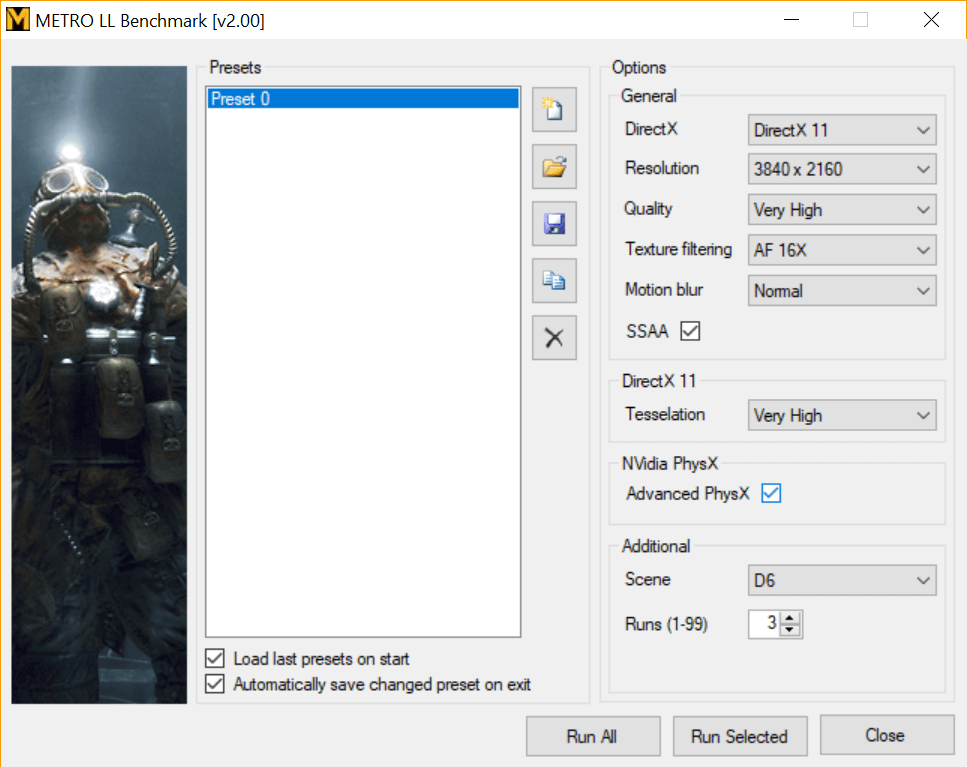 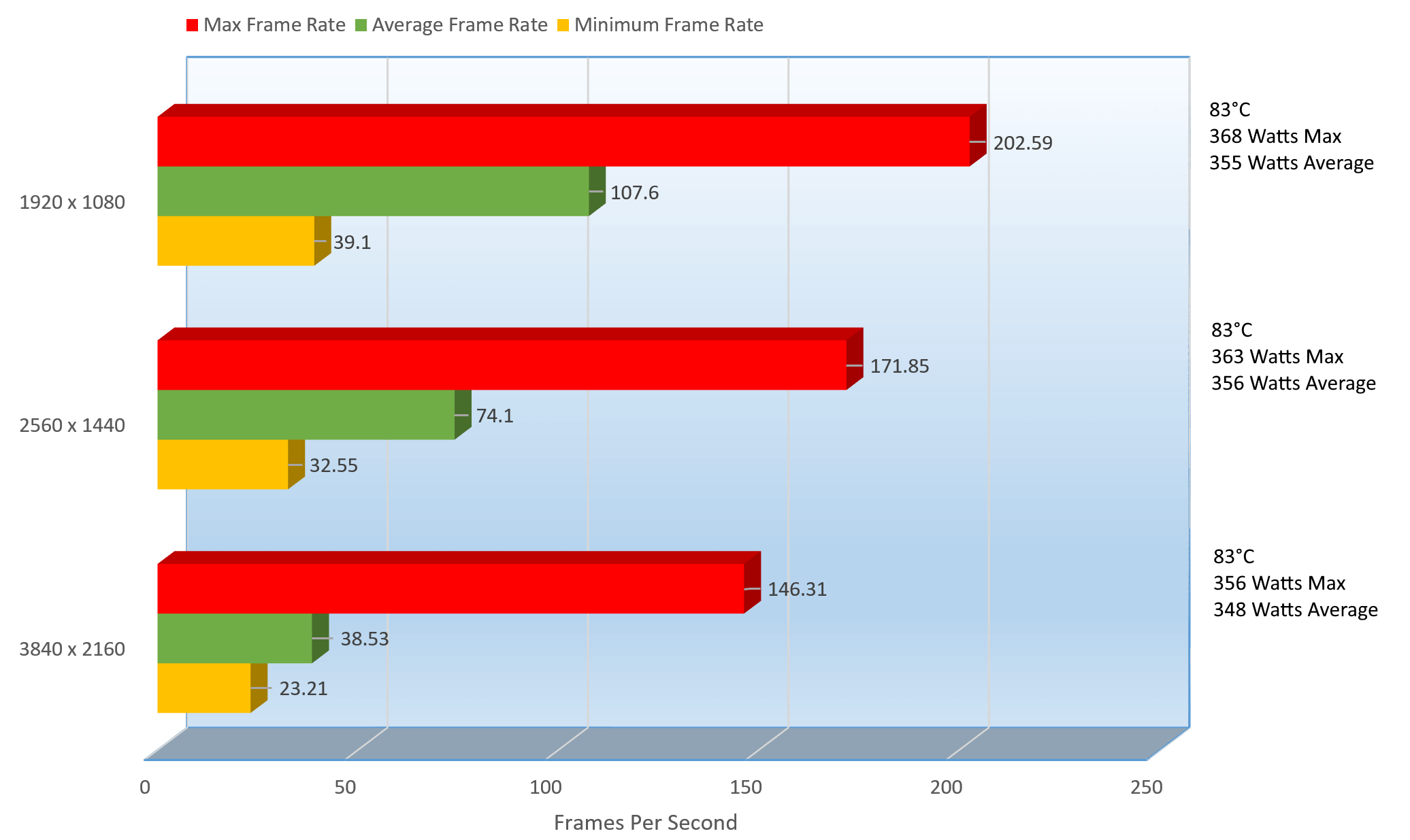 At 2560 x 1440, we can see the temperature was the same 83°C but the Average wattage was slightly higher coming in at 356 Watts on average.  Compared to that of 4K’s consumption of 348Watts, 2560 x 1440 consumed 2.25% more than that of 4K’s consumption.  This does make sense though because since you would imagine the 4K setting would take more power, just because it would be more demanding, the 2K’s set actually did everything it was supposed to and was overly playable coming in at 74.1 frames per second.

We all want to hit or pass that magical 60 frames per second number, and while maybe I was not able to in 4K, it was more than capable at 2560 x 1440 with all of the eye candy turned up.  Metro Last Light shows once again to be a great benchmark, but as these cards and driver sets improve… it may meet its day of reckoning soon.

One though that tends to steal the spotlight is Thief.  This game is starting to show its age, though many do still love it.  Let’s see how well it performs on this card. 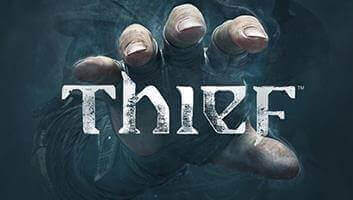 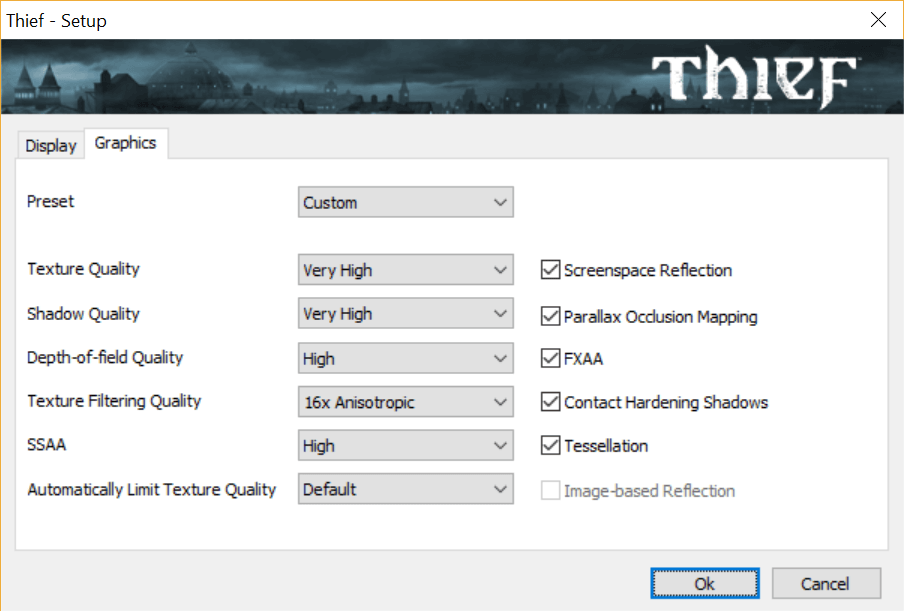 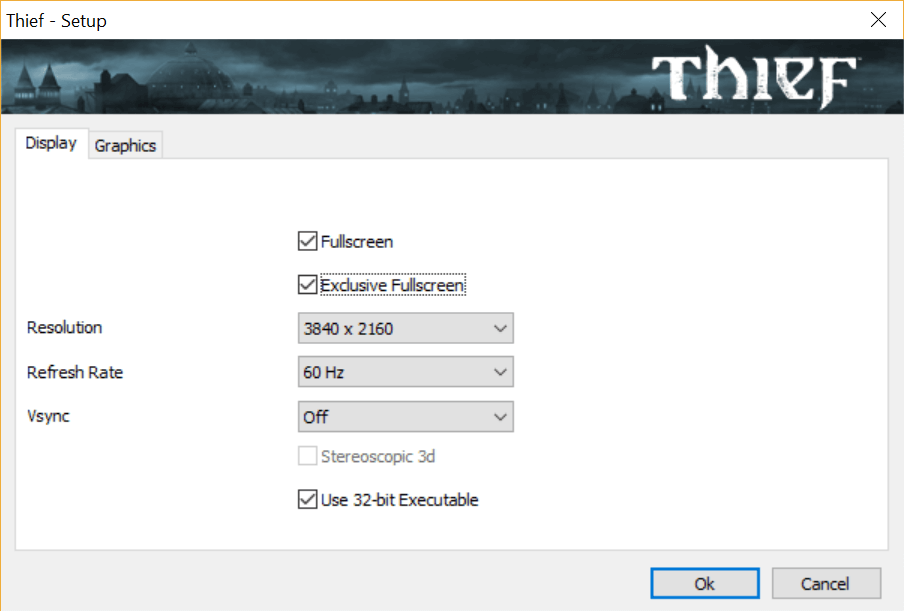 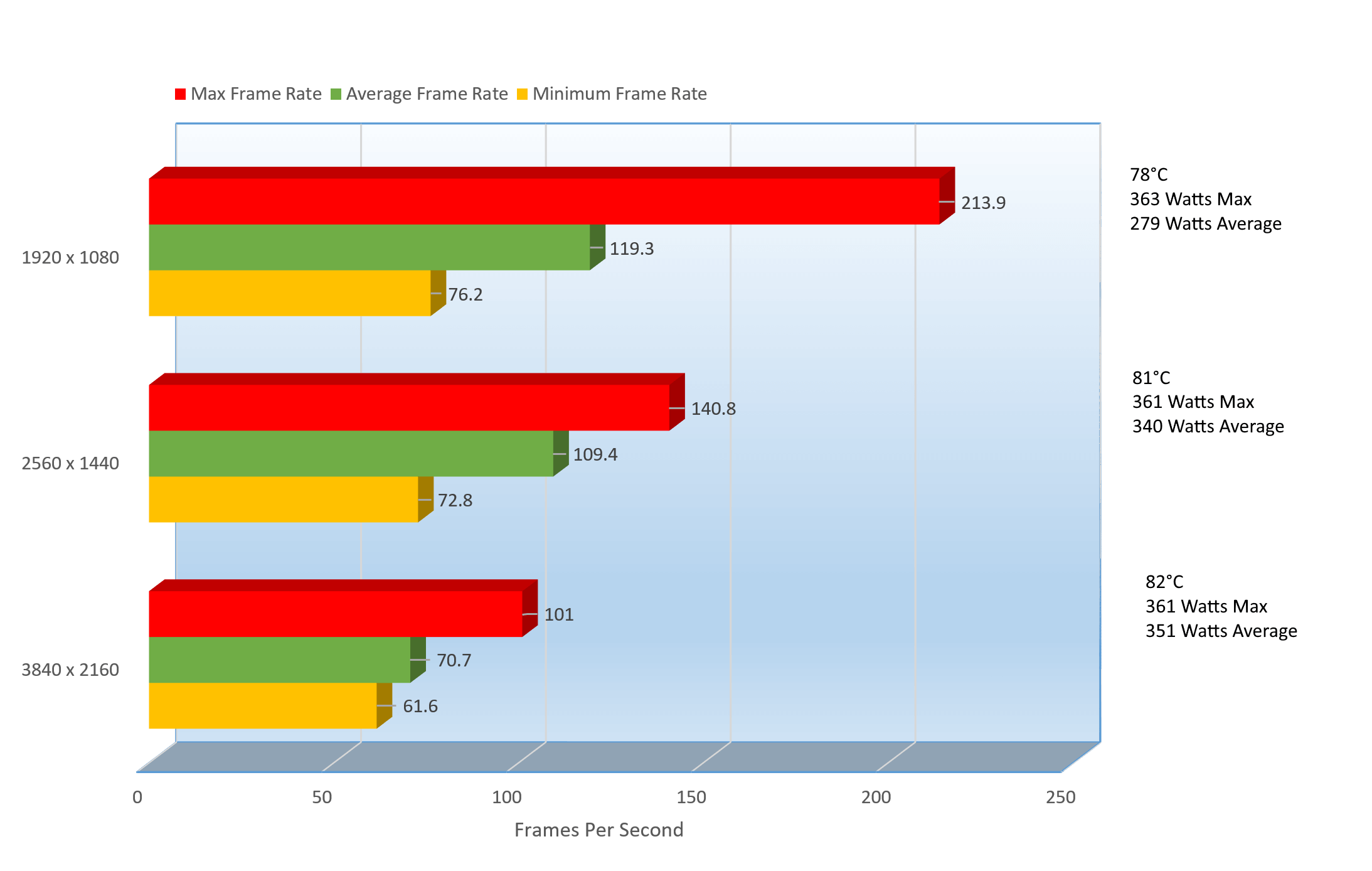 Thief actually did steal the show, but everyone noticed with these scores.  With each test, even the minimum frame rate was well above playable.  On 3840 x 2160, on average this card held its own with everything bumped up as you saw in the example above coming in at 70.7 frames per second and then bumping it down to 2560 x 1440 frames per second, a 35.37% improvement, though not like it was needed.  The bump in resolution to 4K only consumed 1 additional watt though the average temperature went up 3.13%, not bad for such a high resolution.

Hopefully Thief did not steal the entire show though, Laura’s got something nice for us over at Tomb Raider. 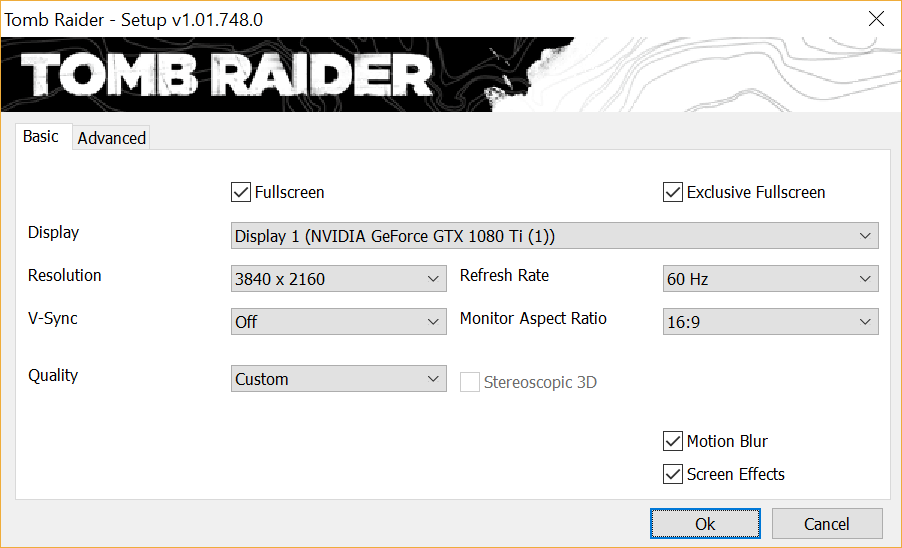 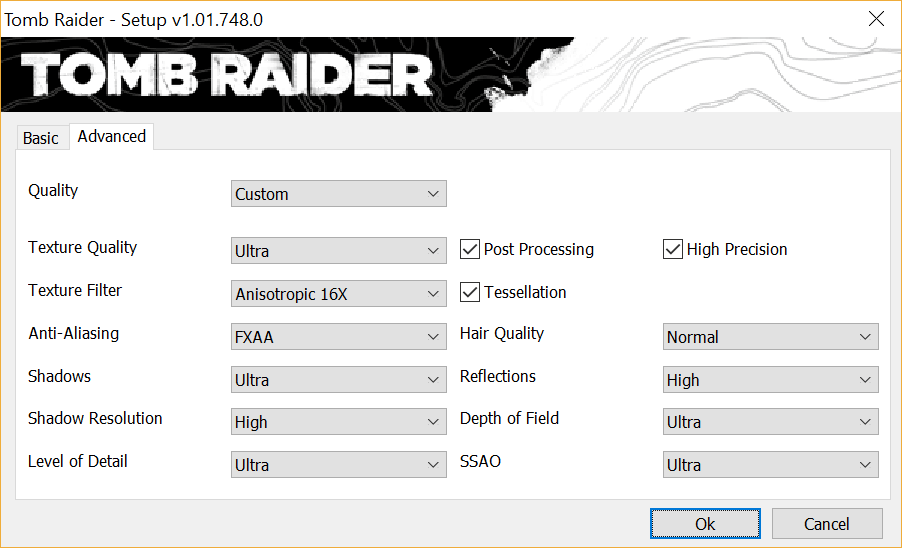 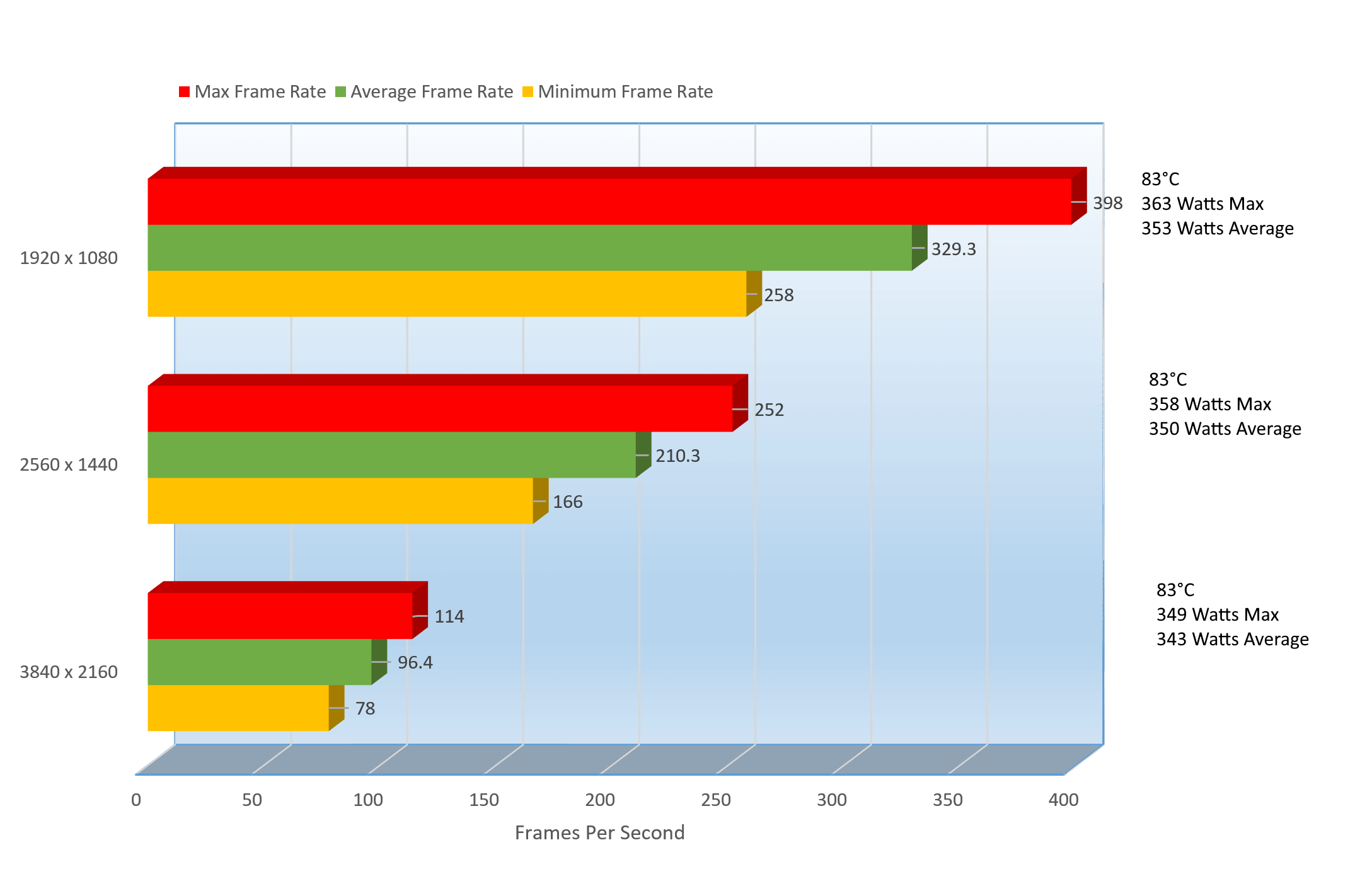 Laura might actually be able to help us in the NYC in Tom Clancy’s The Division.

Here are the settings I used for The Division changing only the resolution each time. 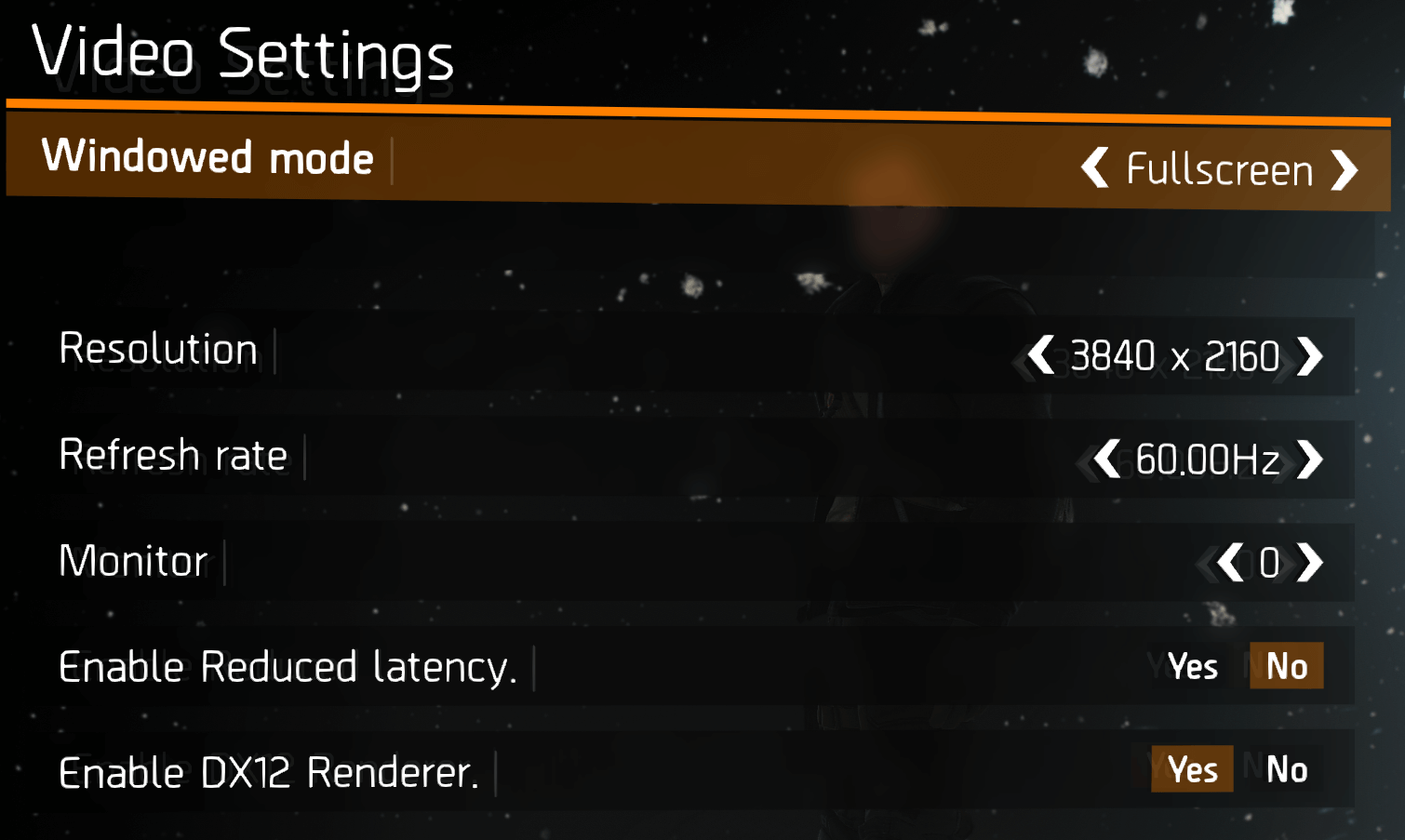 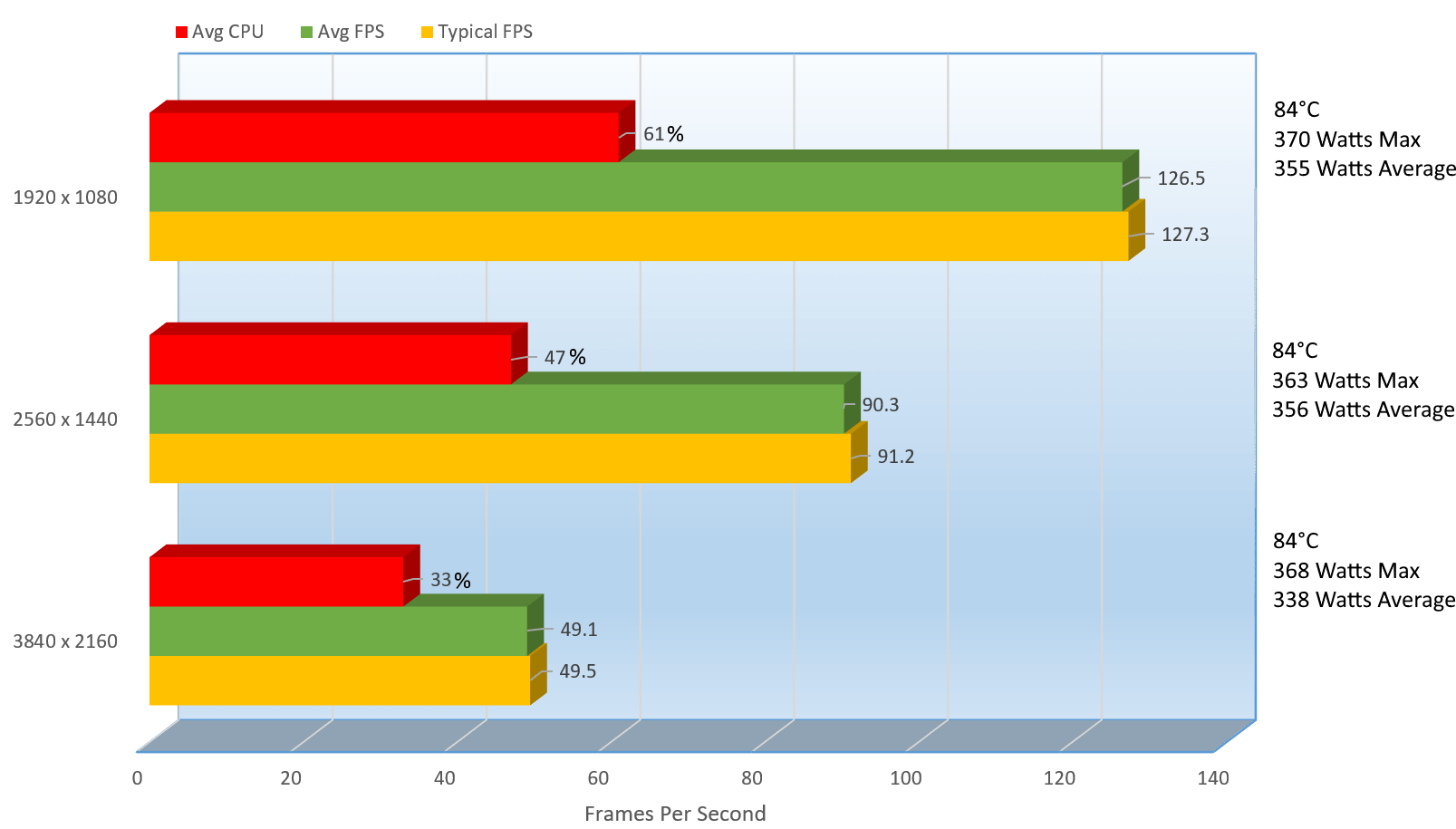 If you notice, the temperatures never rose above 84°C and there is a reason.  The maximum GPU temperature this card can handle is 91°C so it seems the 84°C is to protect the card from getting close to that 91°C, it’s not that far off.  So when you see it hit 84°C, there is a bit of GPU throttling going on, but not by much and not affecting the performance by much.

I mention this of course not only to let you know, but because that will come up a little later in this review.

So a benchmark is cool, and can be exciting, but nothing is more exciting and fulfilling than actually playing a game.  In this next page, I will run through a few games at 3840 x 2160.