The gaming industry was among the first to implement advanced security technologies for protection. Technologies ranging from sophisticated alarm systems to facial recognition and relationship identification are all part of the layers of security measures put in place to prevent cheating and theft. 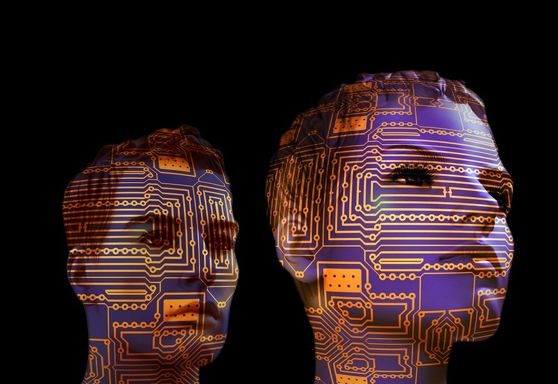 Today, the technologies behind the gaming industry are nothing short of amazing. In this article, however, we’re going to take a closer look at facial recognition technology and supporting systems used to prevent cheating across multiple casinos.

How does Facial Recognition Work?

The facial recognition system uses advanced approaches such as 3D mapping and nodes to help identify faces. Casinos can use any high resolution video surveillance system they already have implemented as an input source, making the system itself immensely compatible and very upgradeable.

Systems such as Identix and BioSurveillance from Herta Security will then take the input video and break it down into codes and stills. The system can then recognize faces and run deep analysis through captured faces from different parts of the casino.

The facial recognition system itself takes more than 30 points across the face and measures them for identification. Even when cheaters use disguises or change their appearances, the system can still identify key points on the face, including minute details such as distance between two eyes, the shape of the cheekbones and the length of the jaw line, to identify people accurately.

In the old days, facial recognition systems scanned through 2D images pulled from video surveillance. While the old system is very accurate, it lacks the ability to recognize faces from weird angles. The recent introduction of 3D mapping technology makes the entire system much better for a number of reasons.

For starters, the system can now combine multiple stills and create an accurate 3D mapping of one’s face for analysis. Since the analysis itself is done against a 3D face, with contours and other details captured perfectly, the results are also far more accurate.

On top of that, video surveillance systems now support higher resolutions, which means there are better inputs to process altogether. Problems such as low light and distant faces can now be solved rather simply and effectively thanks to the enhanced video input.

There’s a particularly popular system called NORA, or Non-Obvious Relationship Analysis, which will automatically receive input from the facial recognition system, identify the person and quickly show investigators their known associates and relationships.

This level of surveillance and analysis is unprecedented, matched only by the CIA; it is worth noting that the intelligence agency is using the same system as top gaming establishments. You can’t even move to another casino once you’re marked by the system, because multiple casinos across the globe are joining forces to fight cheating by linking their databases.

The next time you’re caught cheating in Las Vegas, flying to Macau and hoping to play casino games there will only get you evicted upon arrival, so don’t try it!