What is the fastest browser for surfing the Internet?  Don’t take my word for it, one of the latest browser speed tests from ExtremeTech shows that Opera 10.5 (though Opera 10.6 is even faster) has slighty faster website rendering performance than any other browser with Google Chrome being second and Safari just trailing behind Google Chrome.  The overall reason why I chose to switch to Google Chrome as my default browser however is that Google Chrome has a much faster start up time than Opera and has a much smaller memory footprint, though I must admit I use Opera 10.6, Google Chrome and FireFox 3.6 almost every day on my computers for one reason or another. 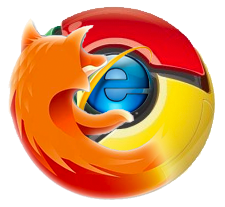 I wrote an article on one of the many reasons I chose Google Chrome instead of FireFox but the primary reason was because Firefox was just rendering web pages too slowly and even with Fasterfox and all the about:config tweaks I could implement, I could not stop the browser from crashing repeatedly over some sites and consuming over 700MB of RAM if I worked on the browser for more than four or five hours.  Google Chrome is much leaner and when testing the same addons for Firefox on Google Chrome I noticed virtually no performance degradation on Chrome when those same addons would noticeably slow FireFox down.  A good test is for you to test the SEOQuake plug-in for Firefox and Chrome and you will see a prime example.

If you are looking for the fastest web browser on the Internet, you will have to look no further than Google Chrome or Opera 10.6 which are both the fastest browsers on the Internet according to ExtremeTech which is a highly reputable technology website that I go to read trusted reviews and product tests.

Which is your favorite browser and why?  Note:  I have high hopes for Firefox 4 and would like to see Mozilla back on top.