So I was directed to and read the article Twitter Reply Made Easy by @goldenTwine who reached out to me on Twitter (even was so kind as to include my FollowFriday Tutorial Video inside his post).  He mentioned in his article something that affected me on a daily basis and I didn’t know before.  If you reply to multiple people on Twitter in the same message and you start your message off with an @ symbol, then only the 1st person mention will show the tweet in their “home feed” while the others will only see the reply in their replies/mentions column. 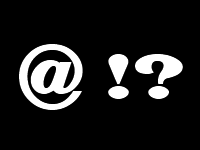 For example would show up in all 3 users “Mention” column, but only Ileane would see the tweet in her home page on Twitter or her “All Friends” column on Tweetdeck.  While this may not be a big deal, it is to people who are following that users account and this may decrease the number of users who see your tweet if you are replying to multiple twitter followers in this method which I have been doing for eighteen months.

To properly get the tweet to show up in the home field you must make sure not to start a tweet with an @reply and have some valid message first and then include the people you want to reply to.  The same goes for FollowFriday tweets, you should start the Tweet off with a message and not a list of @reply with a #FollowFriday at the end of the message.

You can find more information about tweeting on Twitter from the same article and I would like to thank Subrato Paul for showing me something new on Twitter that will cause me to modify my own tweeting habits.