Want to get your toes wet in the world of virtual reality? Looking forward to the upcoming Xbox One X release? Or maybe you just want to purchase a new computer because yours is finally starting to kick the bucket. Whatever it is, the latest technology can be incredibly expensive and it could take several paychecks worth of saving until you can afford something without breaking your budget.

However, there are plenty of frugal ways to help you afford the latest gadgets, and we’re going to spill the beans on those secrets in this article. 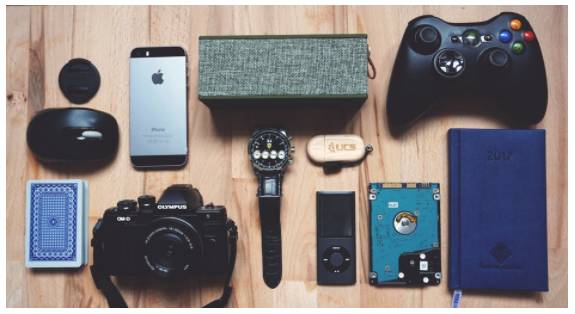 Don’t be afraid of second-hand

There’s a negative stigma against second-hand devices. People think that they’re tacky, dirty, on their last legs or have been treated horribly, but this is far from the truth. A refurbished device is far cheaper than a new model, and you’d be surprised at how reliable they are. Most refurbished devices were once broken and have been fixed with new parts. While this does sound worrying, it essentially means that the components which normally would’ve worn down have been replaced with fully-working counterparts.

Sell or trade your older devices

Services like BuyBack Express allow you to quickly get a quote on your old devices so you can trade them in for money. Although you won’t get as much as the retail price you paid, it’s still a good way to get some extra cash for something especially if you plan to upgrade something like a phone or laptop. Selling older items that you don’t want anymore is also a great way to get extra cash and clear up your clutter in the process.

If you’re going to buy something expensive but have a limited budget, then learn to compromise. A good example of this is with tablets and mobile phones. iPads can cost a lot of money, but if you reduce the amount of internal storage or pick a model with a smaller screen, you could save hundreds of dollars. Sure, having less internal storage is a compromise that some people can’t cope with, but that’s why cloud storage exists!

Don’t buy into the hype of a new product launch—always wait for reviews. If you want to be a smart shopper, then you should wait for extended coverage of a new tech device before you go off and buy it. Impulse buys are rarely ever a good idea, and you shouldn’t be in such a rush to own a new piece of tech that you can’t wait an extra week or two.

Buy for the long-term, not short-term

Lastly, make sure you’re buying for the long-term. What this means is that you should always go for the good-value purchases. If you have the choice between an expensive computer component that will last 5 years vs a cheaper one that will only be good for another year, always pick the long-lasting option. This same rule applies to laptops, phones and generally any tech device that will see upgrades in the future.