Anyone who has followed the gamming industry for the past few years will note that there has been a paradigm shift in the method in which games are being offered to the public. It started with Playstation and Xbox’s elite subscription based access. Yet, what was once considered an optional feature on the consoles is quickly turning into the industry’s standard for delivery of content. And while this does provide a quicker means of obtaining today’s top titles, it also poses some important questions, primarily is the gaming industry phasing out disks? It would appear so, and here is why.

When it comes to any business, the bottom line is the bottom line. Cost to create high resolution games with complex storylines is expensive. To maximize the potential ROI, gaming companies can limit the physical cost of manufacturing by putting the content on the web, accessible only by PIN. It is far more cost efficient for game companies to have a code printed on paper than to have data printed on a CD, a label printed, boxes printed, manuals, etc. Create one game and put that game on multiple servers and your profit margin increases substantially. 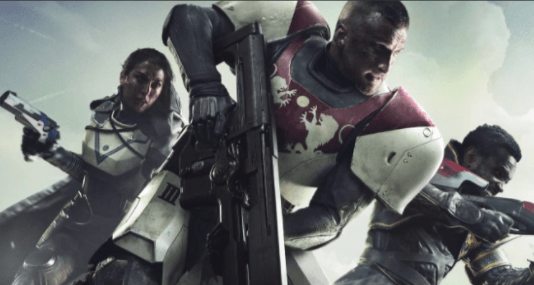 As the demand for more detail increases, so does the size of the game. Destiny, which used an array of 3D models and high-def cut scenes, required 20G of space to play. Destiny 2 which was just released requires a minimum of 6G of space but is recommended that you have at least 8. Call of Duty Ghosts requires 49G. Considering the high data storage space needed, gaming companies have coupled the base information on disks with downloadable content. Again, the cost of disks with such storage space cuts into the profits substantially. Downloads cost gaming companies little but time to upload it to the servers.

Perhaps the biggest benefit for the gamer with a transition to just digital content downloads is the probability that obsolete games will cease. As the data for one console will be able to be downloaded to a new console, old games become a matter of Cloud data and not encrypted disks. It is unlikely that game providers will keep certain games indefinitely, but will allow for the owner to upgrade the game to the newer console systems when such are introduced to the market.

Additionally, as many gamers have multiple devices and wish to be able to play their games on multiple platforms, digital subscriptions will allow for playing on tablets, phones, and other such devices. We can already see this with the Gold Membership and PS4 subscriptions. Expect to find this more dominant in the gaming industry in the near future.

The implications of having games solely digital downloaded is great. One of the biggest doors which will open from the cloud based gaming delivery is the introduction of self-made games onto major platforms. While this technology is available (with hacking or special formatting of disks) physically for developers, online downloads, packages, and playability would increase the market a great deal. Gamers could essentially use Unreal alongside 3D assets acquired from CGTrader and then upload the content to a PlayStation or Xbox.

Weighing the Pros and Cons

While the phase out is not going to be an immediate thing for the game industry, there are a few pros and cons to consider.  The major pros of having downloaded content over the disk is the instant streaming, multiplayer platforms, upgrades to content, and quick fixes to bugs and glitches in the game. Additionally, phased out games which were popular on older systems may find their way back into the gaming community.

The major cons of such a transition are mainly fiscal. Downloads would require higher internal storage, quicker processing speeds, the purchase of subscriptions for certain games to be accessed (I would expect this feature on the top 10 list), and a bombardment of packages for sale to experience the full game. In the end, you would get the details and the extreme storylines that are in demand, but you will pay for that service. There could be a drop in the initial prices of games as the cost of production will decrease, but in all probability the game prices will increase as the demand continues to grow.

Is this a good call? Is it even possible that the disks will be phased out? All that can really be definitively concluded is that the disks are becoming rarer and the PIN access codes are getting more dominant. Apparently the game industry thinks the transition to be wise, whether or not they deem that disk are a thing of antiquity to be discarded is yet to be seen.