CALABASAS, Calif. – Dec. 4, 2018 –  Hellblade: Senua’s Sacrifice is now available at physical retail for PlayStation 4 for the very first time from developer Ninja Theory and indie publisher 505 Games. Just in time for the holidays, this critically-acclaimed dark fantasy action-adventure game can be found on global retail shelves today for £24.99.

In addition to the retail PlayStation 4 release by 505 Games, a physical retail version for Xbox One is also being distributed by Microsoft at the same price. 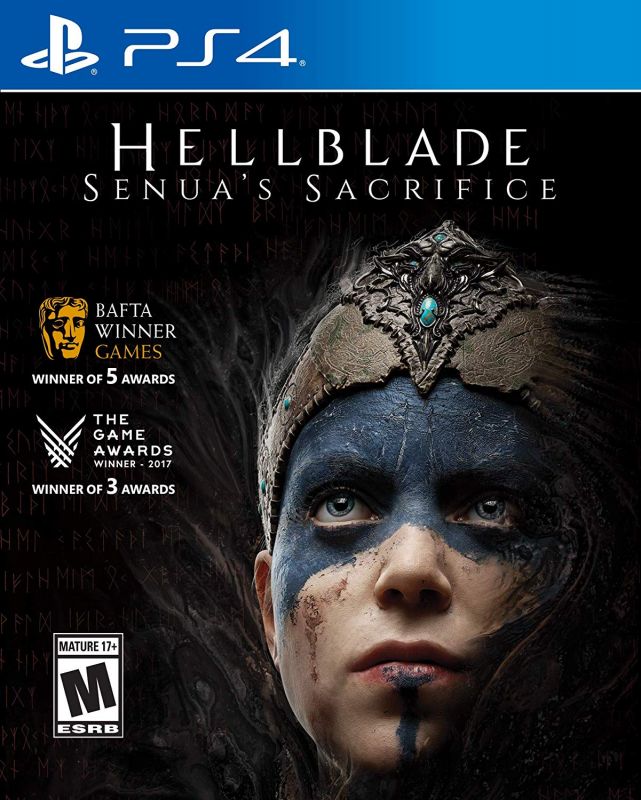 Hellblade: Senua’s Sacrifice has taken over a million fans worldwide on a journey with Senua, a Celtic warrior who embarks on a haunting vision quest to save the soul of her dead lover from Viking hell. Created in collaboration with neuroscientists and people who experience psychosis, the game will pull players deep into Senua’s mind. The game was awarded the winner of five 2018 BAFTA Awards, including Best British Game, Best Artistic Achievement, Best Game Beyond Entertainment, Best Performer and Best Audio Achievement. In 2017, The Game Awards honoured Hellblade: Senua’s Sacrifice as winner of Best Audio Design, best Performance and Best Game for Impact.

For more general information about the game, please visit the official game website at https://www.hellblade.com.

For those that have been affected by any of the issues seen in Hellblade: Senua’s Sacrifice, developer Ninja Theory has set up a Mental Health Support page on the official website. The section of the site offers assistance and information on finding local support for those experiencing mental health crises.

Publishing highlights in premium games include No Man’s Sky, Last Day of June, PAYDAY 2, Terraria, Portal Knights, Assetto Corsa, ABZÛ, Virginia, Brothers – A Tale of Two Sons and How to Survive. Free-to-play publishing highlights include Battle Islands, Gems of War and Hawken. Distribution highlights include Stardew Valley, Dead by Daylight and Inside/Limbo. Upcoming  titles include Remedy’s CONTROL, OVERKILL’S The Walking Dead, Indivisible (from the development team behind Skullgirls) and Koji Igarashi’s next project, Bloodstained: Ritual of the Night.