Skip to content
So many people ask for tips on what to do when they start streaming or how to try and increase viewership and attention as it can be very difficult to get noticed in such a crowded field.  Breaking into streaming is very similar to breaking into blogging with one exception, you can’t leverage SEO or SERP for long term backlinks/trails and traffic for a live streaming property like you can with static websites or content.  People don’t find Twitch streams to watch by searching on Google they do it by going to Twitch and browsing the games they want to watch and then visiting or already see their favorite streamers.  Some will check out categories or tags, but in general it can be very difficult to get noticed at first.  These tips are designed to help give you idea’s and hopefully get you that notice you are looking for, but the biggest is make sure that you have a purpose and benefit to your viewers.  Why should they watch you and become fans?  Unless you are an expert or master at a game nobody is going to watch you play Call of Duty Modern Warfare just because you play it, you have to be so highly ranked that people want to learn from your play style or see how good you are.  Do you speed run games and earn records?  People want to see how you do that, are you unlocking a rare achievement in a game?  People want to see that.
Unless you have skill and talent to stand out, then you are having to rely on your streaming personality and entertainment value you can bring to your audience, so what are you offering them?
What unique show are you putting on that they can’t just find anywhere else?  Knowing the answers to these questions can help you decide how best to promote and network as well. As far as the ideal equipment to become a game streamer you may want to aspire to own a high end gaming PC or a gaming laptop and a good webcam and capture card if you want to capture console game play like from the Switch or retro consoles.  An Elgato stream deck for helping give you access to quick button presses for scene changes, effects and more can’t hurt either. 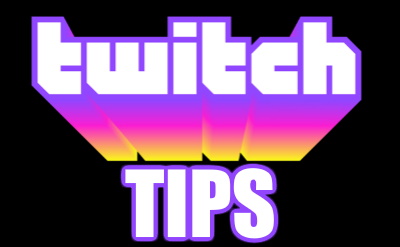 1) Start your stream early and give a 5 minute to 10 minute starting soon screen.  And as someone rightfully pointed out if you are streaming directly from your Xbox One or PlayStation 4 console you won’t have overlays and an easy way to do this, so instead have the game at the starting menu or a pause screen and just type in chat that you will be starting the stream soon. The main thing is to not immediately dive right in and give your live stream a chance to “soak” and the notifications to go out, the Twitch system to pick it up and place it in the category list…etc.  Before you dive right in and start playing.
2) Promote that you are live on all your social networks before you actually start streaming but the stream shows live and active, encourage them to visit and support and tell them what they can expect from your stream that session.  Don’t just say “going live” or playing “game”, but instead actually give a little story or enticing plug, what is special about your stream, what can they see specifically.   Make it fun, make it funny, use your words to match your personality and engage to draw someone to check you out.
3) Make sure to include category and tags that are beneficial to your stream like back seat gaming allowed…etc. Twitch pre-fills some but you can select more and I do get some traffic just from those tags you put on streams when setting title/category.
4) When you are not streaming network with other streamers by visiting their channels, hosting and interacting. If you play the same games and they are multiplayer try coordinating co-play and co-streams together.  Have some pre-cut about you sections in notepad that you can use for quick cut/pastes when people ask about you and your channel to save you time, keep them short, to the point but show off your personality.
5) Always raid someone at end of your stream if you have 2+ people and choose someone in one of the communities you are focusing on.  Only Twitch has raids, so this one is pretty Twitch specific.  Raiding for other viewers who have a low viewership can be a huge morale boost and it can create a lasting positive memory and effect on how you use it.  Now, leverage raids also to raid people who have a fair current active viewers too because some streamers will give you a shoutout and ask people to follow you which can get you exposure.  Don’t ever expect it, but know that it is one of the potential positive byproducts of raiding others.  I mostly use raids to raid people with very lower viewer count to give them a boost and help, but occasionally I will raid someone with higher viewer count particularly if my own viewer count was low that stream just to get more exposure.
6) There are many FB and Discord gaming groups, I won’t promote them directly on this group but some have more engagement than others with some who prioritize members helping people reach affiliate, but nobody will just help out without you investing and helping out in return, being part of streaming communities means you get what you put in.  If you want a list of what communities this I will share with you privately on my Discord Channel you can join and ask me or add DragonBlogger#3133 as a friend on Discord.
7) Do not have followers only chat, go to your chat and do /followersoff to shut it off, even if you have it off on dashboard there is a bug that sometimes leaves it set. People need to be able to chat and engage before they decide to be a follower.  Leverage moderators to combat the trolls, try not to block all chatting, engagement is important and some people have reached their follow limit (like myself at 2000 follow limit) and cannot even say hi on your chat if you have followers only chat enabled.
8) What games do you stream? Choose less competition like indie games or games that have very low view count at the time you are streaming to help be high in the search or browse pages for those games. I sometimes find way more viewership with indie and retro game category than the big games which are overcrowded with bigger streamers which makes it impossible for people to randomly find you.
Good luck to all you newer streamers out there and those struggling to grow because there definitely is the “plateau effect” where you seem to hit the same concurrent viewer count and just stop growing, and then you reach a new milestone and flatten out again.  There is definitely some luck to it, not gonna lie. One thing I didn’t add is that longer streams seem to have a better chance of catching those random people than shorter streams, stream often, play around with the tag options on every stream, try random games is a big one. Sometimes an indie game can really catch some random attention, look for games that just came out on Steam or Epic and stream those, especially the freebies. If a console streamer do the same with PS Plus free monthly games or Xbox Live games in the membership. We had a HUGE viewer surge when Detroit: Become Human was free in July on PS4 just from DL and streaming it on the day it was released.
If you have any other ideas or tips that you use and have worked for you, feel free to share them in the comments and leave your streaming handle.  I will include them in the article with a shout out and link to your Mixer/Twitch channel.

Content Creator/Owner of https://t.co/iWP6afuOc9 for Tech, Game, Entertainment and streamer at https://t.co/594fXMdMIA
The DragonBloggers Live Amazon show starts now, come enter to win one of 2 $5 Amazon Gift Cards and a Mystery Box o… https://t.co/dy9tCnkwL9 - 22 hours ago