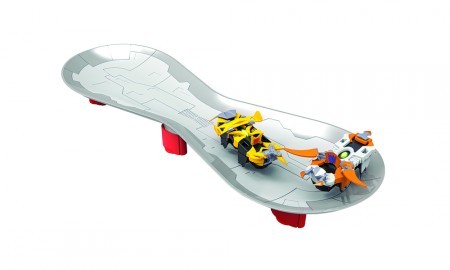 With the new Transformer movie out, I was given the chance to try out the new Hexbug Warriors Transformer Battle arena from Innovation First International. 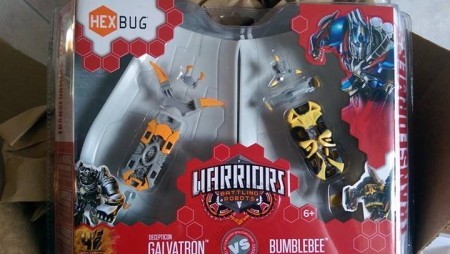 The box comes with 1 arena and 2 Hexbugs.  Each hexbug has a couple of small parts that you can use to build your Transformer hexbug to give him a hitting edge or to help shield him from being hit. These small parts are interchangeable and can bu used on either bug.

Assembly for the arena itself is very easy. It consists of 5 parts. 3 legs and 2 parts for the arena. Total time spent putting together the Hexbugs and the arena was about 5 minutes.

Each Transformer Hexbug has a hidden pop up door, revealing if they are an Autobot or Decepticon.  Each Warrior’s light is shaped to represent their Transformers character’s Allspark.

The point of this toy is to have your Hexbugs battle each other. There are 2 settings on each bug. 1 is a battle mode. You will see a light on the top of your Hexbug at the beginning is green. As he gets hit this light will turn orange, showing you he is taking damage. Last this light turns red when your bug has lost and he will turn off. The second mode is a practice mode. Your Hexbug will still go through the same light changes but when it turns red the bug will not turn off and continue to fight.

When you turn on your Hexbug they vibrate on tiny legs that moves them through the arena.  The shape of the arena keeps the bugs inside from falling off but when they hit each other one can push the other off the arena making it an automatic win for the Hexbug let in the arena.

This was fun for both the adults and the kids who were playing.  We all took turns fighting and cheering. This toy is also light and easy to transport if you want to take it out.  This is recommended for kids ages 6+ as this does have some very small parts.  Have you had a chance to try these? My kids loved them and so did the older ones. 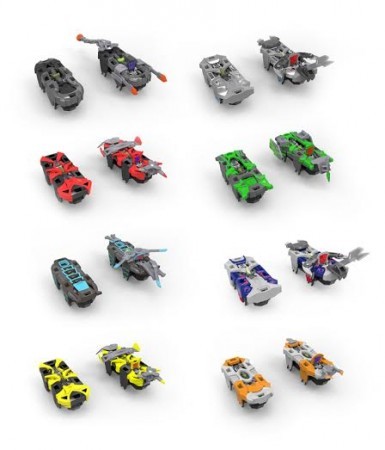 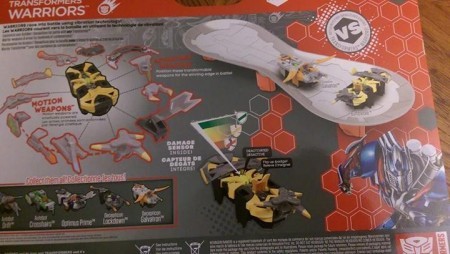