I ran across a very good article from browsing BlogEngage about how to speed up your wordpress blog on Smartbloggerz.com. The author of the post talks about methods to reduce the page load time of your wordpress blog and what he has done to ensure he has the best pageload times. 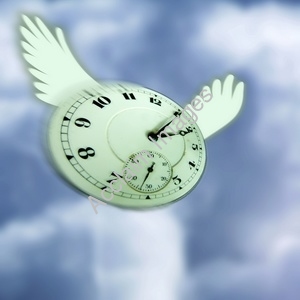 SmartBloggerz for me had a pageload time of under 2 seconds on their homepage which was incredible as my own site was around 7 seconds when I tested at the same time. The article also mentioned a WordPress caching plug-in called W3 Total Cache which I hadn’t heard of before, and using a CDN (Content Delivery Network) to serve up content for visitors who hit your blog.

I didn’t have the money to spend to try the MaxCDN but I was willing to try the W3 Total Cache Plug-in.

My Pageload times went from 7 seconds to 25 seconds when using the W3 Total Cache Plug-in and load my homepage. I tested with 3 browsers (Chrome, IE and Firefox) and hit the site, pages and homepage several times to give it a chance to build cache. I quickly deactivated the plug-in about 10 minutes later and my pageload times immediately went back to the normal 4 – 6 seconds they typically take.

Now HostMonster who is my current hosting provider has always said that caching tools for WordPress don’t work well with their service, they cause increased memory utilization at the expense of conserving calls to the database and other content. Shared Memory is finite and using more of it can lead to your blog losing performance on a shared hosting plan.

It may be that the plug-in works better in combination with using a CDN, but I would highly recommend bloggers “baseline” (this means test and snapshot your results) your website pageload times before you install the plug-in and again after. Run several tests, and don’t assume any content cache plug-in for wordpress will provide you better performance. If you use a shared hosting provider rather than a dedicated VPN or dedicated server, you are likely to have worse performance than faster performance.

I am not blaming the plug-in itself, in theory caching should make things faster. I can just tell you that certain hosting providers do not recommend using wordpress caching plug-ins and may in fact make performance worse. In my case, I was able to prove several times that WP-SuperCache and W3 Total Cache actually caused much higher pageload times for my blog and made performance much worse.