Fellow blogger Klaus from Tech Patio had left a comment recently on one of my blog posts about scheduling tweets that I felt could have been turned into a valuable blog post for fellow bloggers and content writers. His exact quote when asking him about using scheduled tweets was:
Because I usually tweet them in the evenings, European time, after I finish them – and I don’t want them to be promoted multiple times so people might see me as a “self spammer” 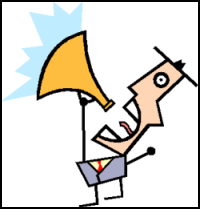 We all have seen spammers tweet the same information over and over on social media and typically retweet the same articles or affiliate sales pitches every hour of every day, but if you are a content provider you should be considering promoting each original article at least several times a day and at least several times a week for several reasons. All of these reasons can apply to any social media outlet that you use, doesn’t matter if Facebook, Twitter, Friendfeed, Plurk the same rules do apply but apply slightly differently in facebook/myspace case.

First of all remember that most social media platforms that are “micro blogging” or 140 characters or less typically spew so much content that a user does not generally check feed history unless that user is targeted directly or with a mention (@reply or DM). Facebook is an exception and shows history, you should probably do only 1 or 2 times per day tops on facebook, and maybe once a week or so in my opinion.

So here are the major reasons why you should promote your content several times per day and week:

When you broadcast or promote your article you can assume only 10-20% of your social media network will even see your message the first time you promote it. Assuming you have a global following people are on the network at all hours of the day, this makes it a good idea to have your article/post setup to be tweeted at least 4 times per day (once every six hours). Just to make sure you cover the various time zones and general base of 60-80% of users on social media. I do this and combine with maybe a once a week for three or four weeks, and then maybe 1x per month for a while if the article is long lasting and not directly related to current events. If your article is news related or time sensitive, then you should promote more frequently because the lifespan of your article and topic is measured in days not weeks or months.

When you retweet or promote content on Twitter or other social media networks more often you will find that the loyal fans and followers who have already read the content will have a tendency to just pass your information along in the form of a Retweet to their audience.   I have seen many of my own articles get little traffic on the first published day, but a week later one retweet would lead to a viral chain of 5-15 retweets and an older article suddenly gets invigorated with new life.  If you have good content and readers have read it and know your material, you will get retweets.

We live in a digital 24×7 world where everything is online, if you only tweet information between your active business or waking hours, you will have large swaths of “dead time” where your account is not broadcasting any information or messages at all.  Ironically, in this day an age if nothing comes from you in 12 hours it could be considered inactive, and if you are a blogger you want to maintain the appearance of being active at all times.  Even if your site only has 1 article per day you should have it promoted a few times.  But, don’t just promote  your own content, build some scheduled tweets or retweets to promote other peoples content as well.  If you appear more active than you actually are, you will reach a larger audience and your following will grow faster.

In review, I believe if you are a content provider you should be promoting often but not so often as to be perceived as spammy or pitchy.  I actively have about one tweet per hour just dedicated to promoting my various blog articles and content.  I know for myself with running 3 blogs and generating 90 unique articles of content per month (at a minimum) I have to do a fair amount of promoting to make sure that most of my content reaches a wide audience on various social media networks.  This is one of the many reasons why I use Hootsuite to schedule tweets in advance for my articles.

Share your views on how often you schedule, retweet or promote the same articles you write?  I am curious to know what other content creaters do to promote their content and how often they promote.