Everything you need to know to quickly build up your Might so that you can defend yourself against aggressors in Kingdoms of Heckfire. 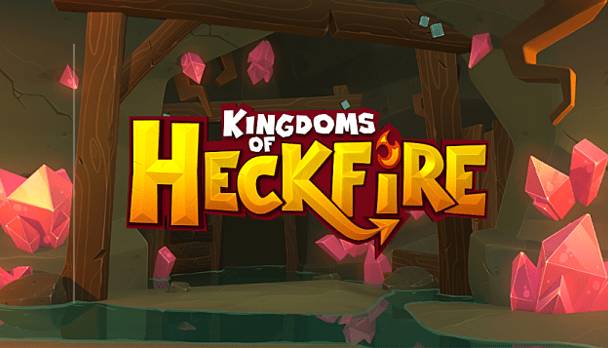 In Kingdoms of Heckfire, you spend time upgrading your kingdom’s Might so that you can stand a chance against the monsters and players invading you. In order to upgrade your Might quickly, you’re going to need to be persistent and know how to gather the necessary resources.

If you followed the game’s tutorial, you should already have a pretty decent idea of how to go about increasing your Might. However, there are a few tips the game doesn’t tell you that really help with building up the facets of your kingdom quickly yet strategically.

One mistake I know I made in the beginning was focusing on upgrading my town hall. Well, turns out that it’s not only inefficient for gaining Might quickly, but it’s also likely to just make you a target.

Upgrade every last building in your Kingdom to the same level as the Town Hall before finally leveling it up. Doing this ensures that you’re as powerful as you can be and swimming in Might as you slowly but steadily climb in level.

Join an Active Clan for Safety and Help Progressing

Clans definitely aren’t just for socializing. When your shields go down, players are going to target you and it’s not going to be pretty. That’s why it’s important to join an active Clan as soon as you can build the Clan Tavern. As an added bonus, being in a Clan often helps you progress by providing you with resources in the form of Clan Chests and Hires.

If you have over 220 Energy to spare, it may be a good idea to raid some Realm Monsters. It will nab you a bunch of Gold and other resources and the other people in your Clan will even receive Monster Slayer Chests. These chests are important to grab because they contain the keys needed to open the main Clan Chests, which offers big rewards to every Clan member.

Don’t forget the resources scattered about the Realm map, either. If you ever need extra Gold, Food, or Ore, don’t hesitate to send a few troops out to harvest it. You can even recall them at any time if you sense danger lurking.

Hire and Be Hired in Kingdoms of Heckfire

As you fly through upgrades, you’ll quickly notice that there isn’t a steady way to draw in Gold aside from braving the Realm. However, if you take advantage of the Ally Hiring system, you’ll be racking in so much Gold you won’t know what to do with it all — except Hire more allies!

Once you build the Waritorium, you can Hire other players as allies as well as be Hired by others as an ally. When an ally is under your employ, they provide a bonus in battle, and the allied individual will receive rewards for it. However, if someone else Hires one of your Ally’s, you’ll lose them, but be compensated by being paid more than what you Hired them for.

This is because every time you Hire an ally, their value increases like to hire essay writer online. That means if you want them back, you’ll have to cough up more than you originally Hired them for. This is interestingly a really decent way to rack up Gold and you should consider doing it while waiting for upgrade timers to finish.

Of course, the same applies to being Hired. Whenever you’re Hired, you get a flat 100 Gold until you hit around 28,000 value. At that point, you gradually receive more and more gold every time somebody Hires you, so put yourself out there! The Hiring system will make you rich quickly if you know your way around it, so don’t pass it up.