Benchmarking and comparing the Kingston A1000 480GB PCIe NVMe M.2

Performance ratings are great, but it helps to have some to compare it to so here, we will be recording scores from 3 different drives.  The WD Black 512GB PCIe NVMe M.2 SSD, WD Blue 500GB SSD and of course the Kingston A1000 480GB PCIe NVMe M.2 SSD.

I will pin up the results next to each other so that you can see them, though they might be a bit small but I will also have a graph where I compile all the numbers to make it much easier to view and compare.

Before I do that, here are my system specification so that you can compare with your own. 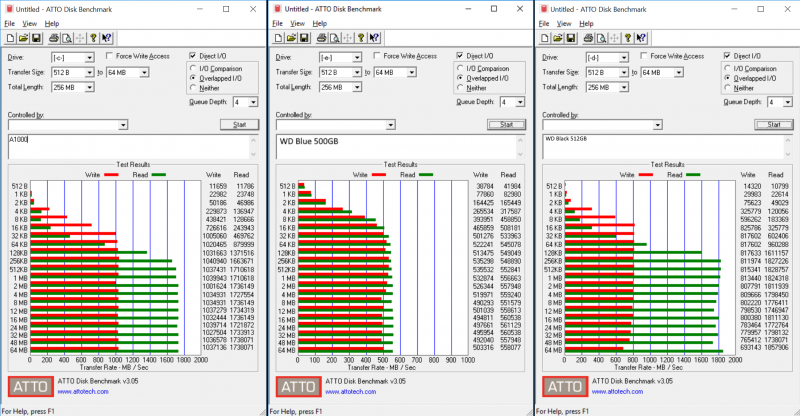 You can click on the image to zoom in and get a better view but the graphs below have the same information much easier to read. 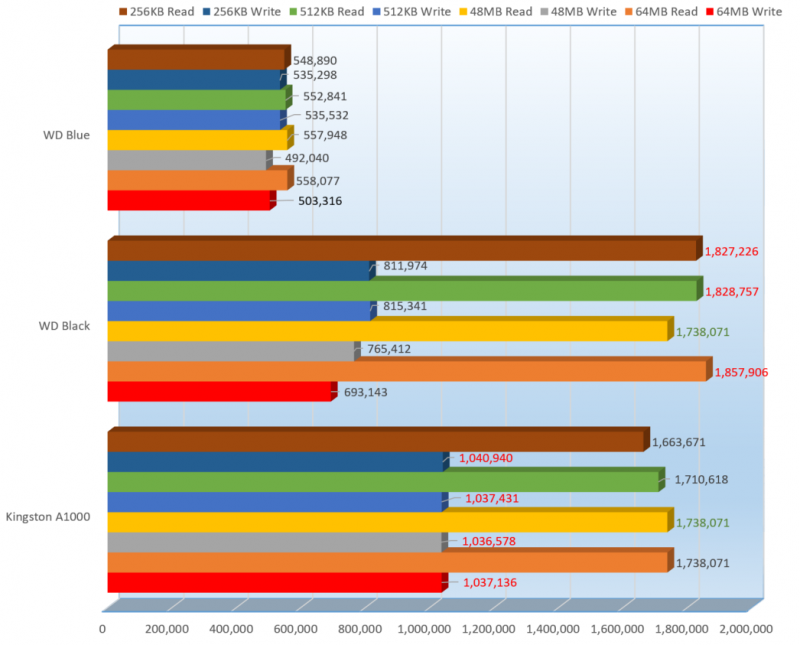 Interesting results, the Kingston A1000 wins all of the Write speed tests across the board.  The Read is won by the WD Black, but on the 48MB Read, they went down to the performance of the A1000.

I put all 3 benches side by side, cutting out parts that were not needed to make it a little easier to see.

If you notice on the right, the WD Black 512GB on write starts off at 809,666 but just gradually degrades in performance, while both the A1000 and WD Blue maintain speeds, even improve.

I also do not discuss the SATA drive much, because you can see the performance on the M.2 PCI-e SSD’s is doubled, sometimes even tripled to that of the SATA drives.  It’s on there as a point of reference.

Let’s now move over to CrystalDiskMark. 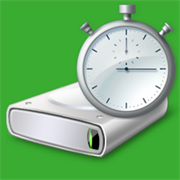 Disk access is of course incredibly important, the ability to transfer files to and from drives, write files, copy files and all but how does a PCI-e M.2 SSD affect performance during boot times?  Well we are going to be using Boot racer to find out just how much it is affected. 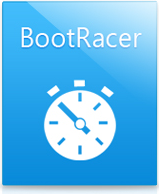 This is an example of the run performed for the Kingston A1000. 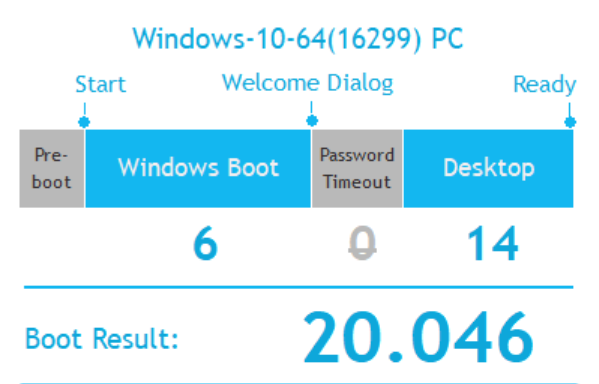 To break it down for you, it took 6 seconds from POST (Power On Self Test) to boot into Windows and 14 seconds after getting in Windows for the OS to be perfectly clear with all startup programs loaded. Let’s see how the other drives compared. 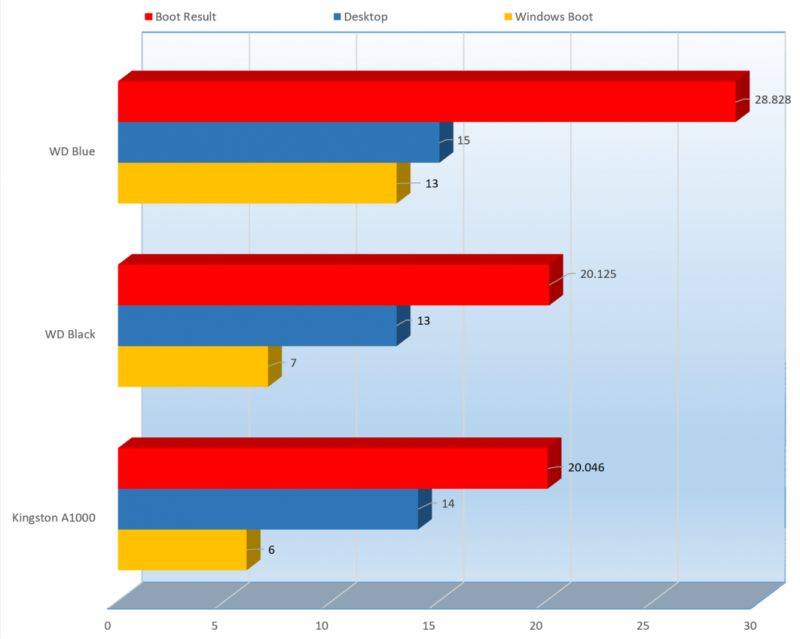 With all this testing, the results can be a little confusing because there is no 100% clear winner between the WD Black and the Kingston A1000 depending on your task.  The WD Blue was not a real contender, added to the comparison mainly to show you the performance difference between the 2 different technologies.

During my testing, I tested the drives (M.2 Drives) on the M.2 socket to generate heat to see which drive got the hottest.  After performing all my testing on each drive, I went back and tested each driving passing it quickly through each test and checking the final temperatures.  Here are my findings.

Using HWMonitor to test these, again I ran ATTO and once that finished, I quickly ran CrystalDiskMark, both of which quickly heat up the drives I recorded these numbers.  The drives begin to throttle at 70°C and then this is where you begin to see the drop in performance.

As the temperature increases, it will throttle more but during the peak the Kinston A1000 hit was 71°C and the peak the WD Black hit was 82°C.  Both drives do not come fitted with a heatsink, they are bare drives with labels placed over the IC’s so they will rely heavily on any air you can have pass over them.  I also tested this same method on the second PCI-e M.2 socket towards the bottom of the motherboard, away from the video card.  Here are my results on the same tests.

The 2 tests above are not from the same pass of course, I took screenshots and copy and pasted the images here so that you have a complete and easy to view picture.  Now the temperatures for all 3 of these drives did not immediately ramp up, it got to these temperatures after at least 15 minutes of testing and the temps do drop relatively quickly once the strain on them has dropped.

This explains why the drop in performance in the WD drive noticed in ATTO that significantly affected its performance.  The ability these drives have to throttle is great and helps to increase its longevity as it lowers its access time which will aid in cooling itself down but of course this does mean the performance will decrease temporarily until it can regain temperatures to safety operate.  The degradation of performance is only temporary.

The Kingston A1000 being single sided helps retain its cooler temperatures since there is only one side to cool.   The WD Black 512GB drive is double sided, it may cool the upper portion well, but the lower portion being so close to the motherboard does not allow for air to pass as well over the modules.  This can cause the modules to heat up then radiating the heat across to the entire PCB and other modules on the top side.

Aside from the drives performance, the package brought a key for Acronis True Image HD, so let’s check that out.  This is a brief overview of the Acronis software included. 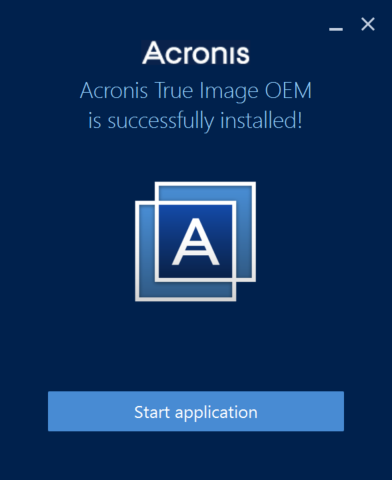 After downloading this 421MB package from Kingston.com/cloning, we start the install which is basically just click install, then Start the application. 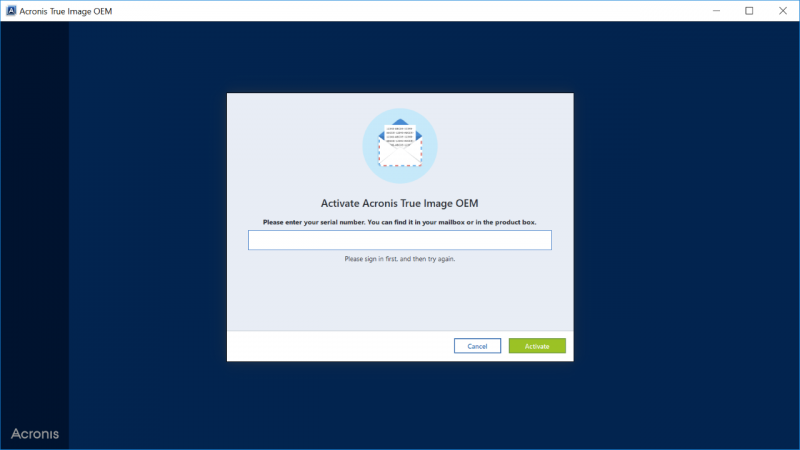 Once you have agreed to the EULA, you enter the serial number on the back of the card, then click Activate. 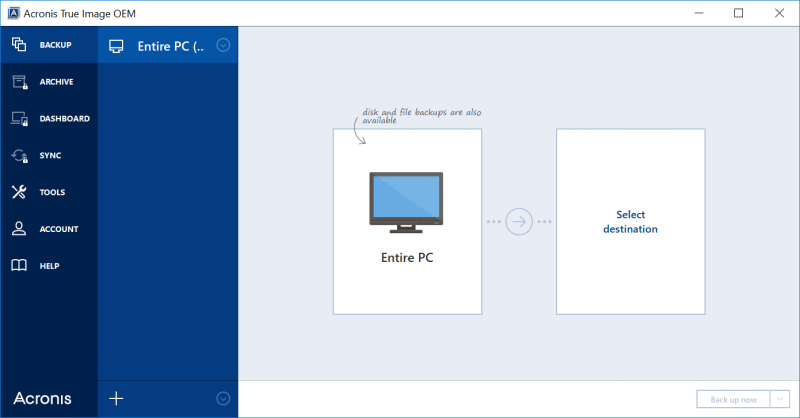 The software opens up under the Tools section, but let’s start from the top at Backup.  Here we can select to back up the entire PC or another destination. 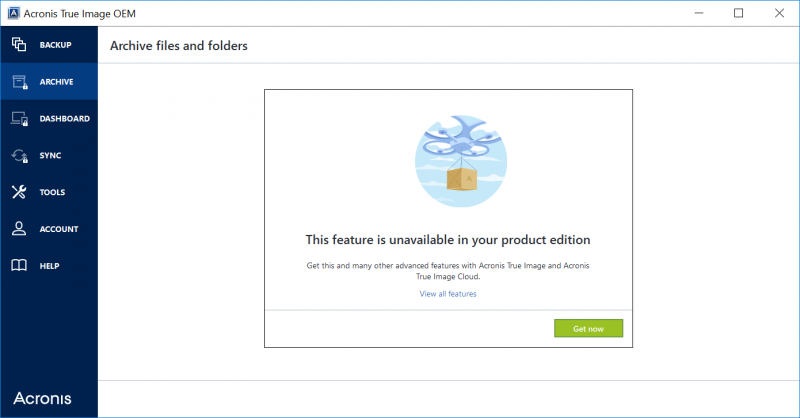 The Archive, Dashboard and Sync sections are not available in this version of the software. 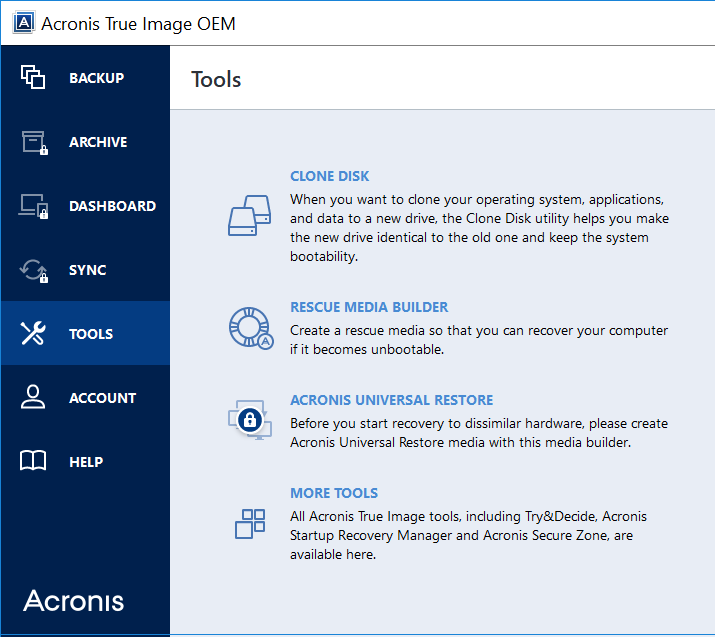 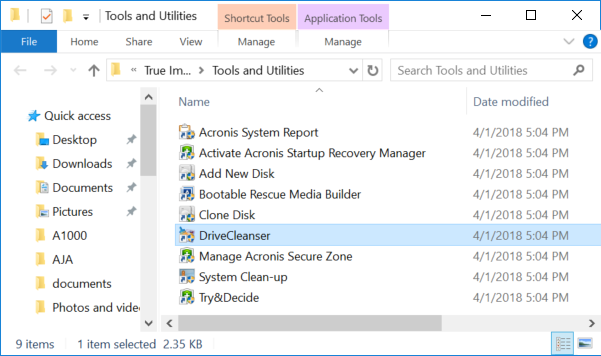 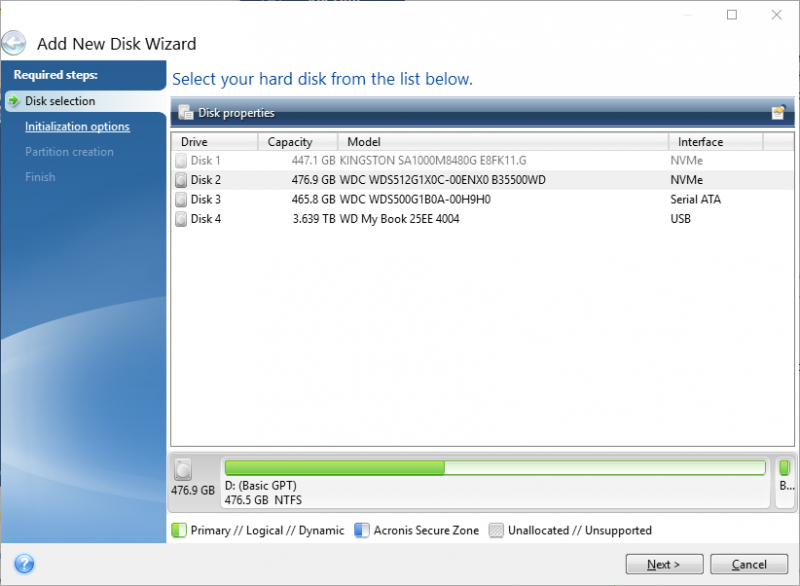 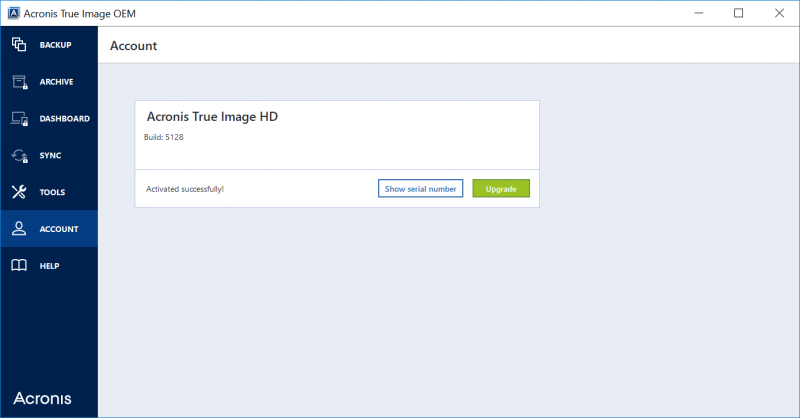 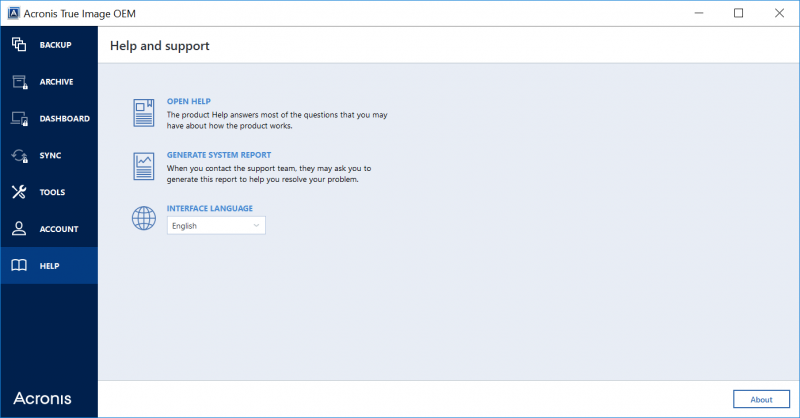 The software is basically included with most name brand SSD’s and while not full featured, the features it does include are handy.

With all of this out of the way, let’s jump onto the last portion of this review, Final Thoughts and Conclusions.