The next iPhone is coming this fall. And the one you really want is going to be in short supply. Get in line now. Of course, the reason we know these two things is because that has been the case every year for a long time. We are not foretelling the future as much as reading yesterday’s newspaper.

Also in yesterday’s newspaper, the new iPhone will come in at least one hot new color. Samsung will put out a new version of their latest phone in that same color shortly after. Here is what else you can likely expect: 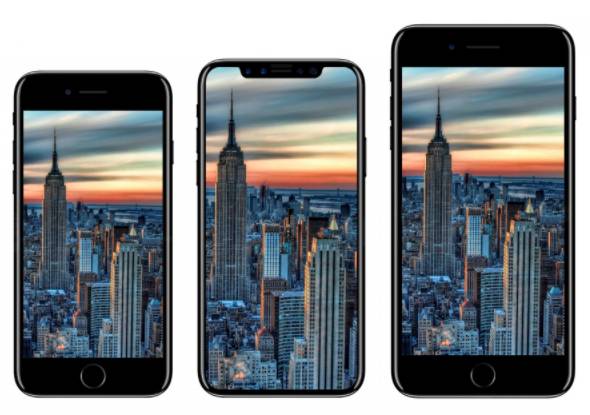 The biggest news is that there will be more than one, or even two new phones this year. The iPhone 7s and 7s Plus are expected. They will be natural follow-ups to the current phones. The big deal will be what is currently being called the iPhone 8. That will be the all singing, all dancing iPhone with all the bells and whistles.

There have been outlandish rumors about every part of this device, including the screen. The only rumor not floating around is that the screen will be bulletproof. So you are still going to need an iPhone 8 screen protector.

So far, there hasn’t been a technology that can keep a determined geek from scratching and cracking smartphone screens. We are certain that whatever you are using to protect your iPhone 7 will not work for the iPhone 8. So be sure to pick up a new one with the new phone.

Right now, iPhones are protected with passcodes and fingerprints. Touch ID has been remarkably successful and resilient to hacking. But rumor has it that Apple will be adding facial recognition by way of laser focused 3D cameras. Other manufacturers have tried this and have shipped with a number of tradeoffs not found in Touch ID. Apple would likely not ship it unless they believe they have worked out all the bugs.

Your favorite writing apps that use Touch ID for security might have to be rewritten for the new phones. The same concern exists for all of the services that use Touch ID for verification. Will a whole new rewrite be required? Will banks have to go through the approval process all over again? No one knows for sure.

There is also uncertainty about whether this new facial recognition will be on just the iPhone 8, or will it be on the 7s variants as well? And will it replace Touch ID, or just augment it? If we get Touch ID, will it be as it currently is, embedded into the screen, or on the back of the device? Rumors are running about equal for all three possibilities. On the back is the best guess. But no one knows for sure. We are just pretty confident that there will be a major shakeup in the iPhone security model going forward.

There is a lot of speculation that the iPhone 8 will be super expensive. The 7s variants will be at the normal price. But the 8 will be through the roof. John Gruber speculates the high-end model will start at $1,200 and go up from there. These phones are said to have next-gen OLED screens and wireless charging built-in.

The reason for the exorbitant pricing is to constrain demand. Whatever the iPhone 8 turns out to be, everyone will want one. The problem is that they will be extremely difficult to make, and will be be in very short supply. If everyone is waiting for the 8, no one will buy the 7s models. To keep this from happening, Apple will price the 8 high enough to be unattractive to most buyers. Prepare your wallets accordingly. This is going to hurt, a lot.

3 new phones, a new security model, and a super high price point: These are the most likely rumors to be absolutely true this year. This is the 10th anniversary iPhone. So be prepared for anything. And get in line. It’s going to be a long one this year.