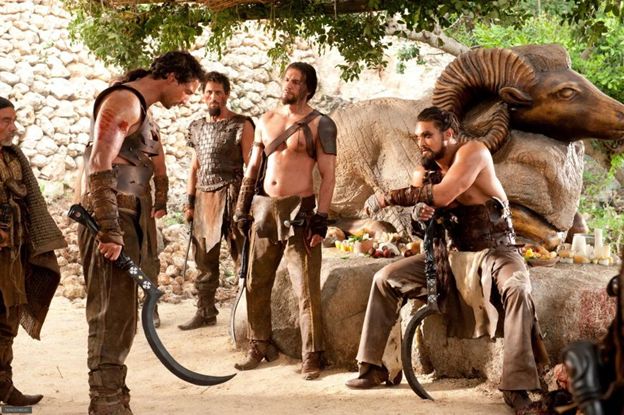 If you’re feverishly waiting for July 16th to arrive this year, the chances are pretty good that you’re a big Game of Thrones fan. You’ve seen the teasers and discussed what every last detail could mean with your social circle over and over again. You’ve probably even thoroughly planned the menu for your first viewing party already.

In the meantime, it never hurts to re-immerse yourself in George R.R. Martin’s fantastically complex world to really get yourself primed and ready. We all know that Game of Thrones is nothing if not detailed when it comes to world-building, but how historically accurate is the show, especially when it comes to those mind-blowing fight sequences and weapons? Let’s take a closer look at how the most epic series in television history really stacks up, as far as accuracy.

When it comes to the peoples of Westeros and Essos, it’s hard to think of anyone tougher and more bellicose than the Dothraki. In fact, we feel comfortable calling them the undisputed badasses of the entire GoT universe. However, the weaponry they use on the show actually wouldn’t have been the best option, considering their battle style.

The primary weapon used by Dothraki warriors is the arakh, a curved blade similar to the Ancient Egyptian khopesh. While such weapons definitely did come into play on ancient battlefields, it was a much better fit for foot soldiers. As long-time viewers are well aware, Dothraki do most of their fighting on horseback, making the arakh’s trademark curve more of a hindrance than an asset for this form of battle. 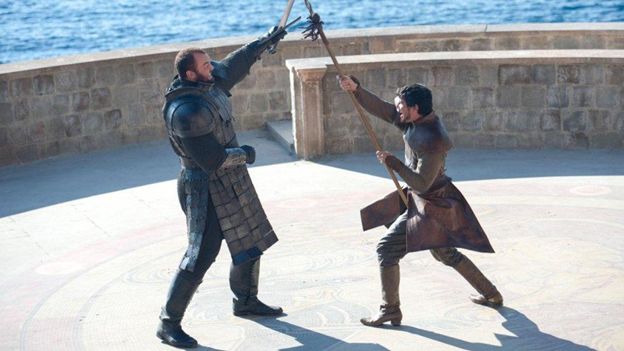 What longtime Game of Thrones fan has forgotten the epic battle scene between Oberyn Martell, the Red Viper, and Gregor Clegane, referred to as the Mountain? The Viper’s fancy footwork and killer martial arts moves were formidable, but he stood a better chance of winning if he had used a sword or spear in the battle.

In medieval times, most people used spears for a variety of purposes including hunting, self-defense and even full-scale battle. A spear would have been vital for a smaller, agile warrior like the Viper, who needed to keep an enemy at a distance, especially an enemy as large and physically imposing as the Mountain.

The late King Robert Baratheon favored war hammers in battle. A war hammer was the perfect choice for King Robert, especially considering the personality of the character.

In medieval times, fighters of all types used war hammers as secondary weapons in numerous close combat situations. The hammers were excellent at piercing through full suits of armor, thanks to the long spikes added to their design. Unfortunately, the hammers also got lodged in anything they pierced, so it wasn’t uncommon for fighters to lose them on the battlefield.

King Robert is characterized as a very big, very strong man, whose overconfidence and inability to think in the long-term created quite a few problems. That type of man probably enjoyed the power and force a war hammer offered during conflict and enhanced his reputation as a warrior. However, sole reliance on that weapon left him unexpectedly disarmed at the worst possible time.

Fans of the feisty and fearless Arya Stark are most certainly familiar with her first sword, Needle. Given to her by her beloved older half-brother, Jon Snow, Needle was similar to a fencing foil – a circular sword with a pointy end, but lacking a full blade.

In actuality, the fencing foil as we know it today first appeared in France in the 18th century. Descended from a small sword called a rapier, foils are used as a training tool for developing quick, intricate footwork in the sport of fencing.

In the case of Arya Stark, Needle taught her dead-on accuracy and the sharp focus required to win the fight. This created the stellar fighting skills the character needs to survive. However, in reality, a sword like that offers a limited degree of usefulness outside of training or dueling purposes. 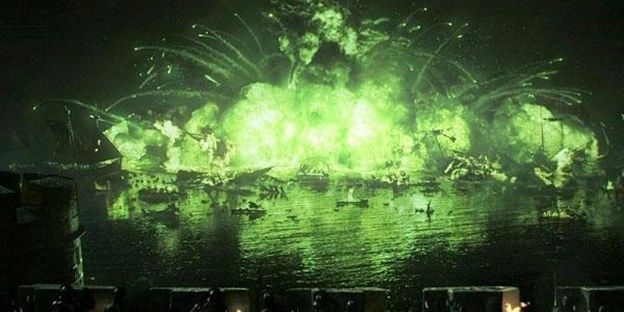 What Game of Thrones fan has forgotten the flashy battle sequence in Season Two’s penultimate episode? That’s the scene where defending forces used the volatile and extremely flammable substance, wildfire, to successfully defend King’s Landing against Stannis Baratheon’s invading fleet of ships during the Battle of Blackwater.

The show features many defenses and weapons that are historically accurate, but wildfire isn’t generally one of them.  However, it’s actually similar to something called Greek fire, a very real substance the Byzantines used against their enemies. Although no one truly knows what Greek fire was, it’s likely that it included highly flammable chemicals and compounds like pine resin or sulfur, making it very similar to the fictitious wildfire.

In a nutshell, Game of Thrones uses creative license, but it does follow military history more than some fans realize. That said, are you ready for July yet? We personally can’t wait to see the new weapons, epic fight sequences and techniques coming our way in the new season of GoT!