Pronounced ‘Meem’ which rhymes with ‘team’ and not Mimi.

Memes is a term which was coined by Richard Dawkins in 1976 and it stands for packages of culture. In the days prior to the advent of the internet, the term encapsulated regional saying, fashion and architecture. Memes cover styles, concepts or behaviors which can be emulated indefinitely. 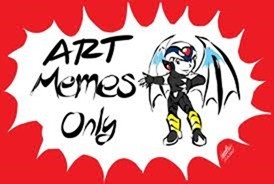 Photo memes include everything, a person imitating a culturally familiar action or position. Modern delinquency calls some of these planking, Tebowing or owling. There are pictures of people who post updates about their own financial or healthcare related problems which added momentum to the ‘I am the 99%’ or the ObamaCare movements. Memes have always been politically popular as they give legislations human faces and add a certain degree of humanity to the otherwise bland political world. Data points are shifted from black lettered reports to human stories and those are not very easy to over look.

There are also dubbed over memes such as the viral video of Hitler from the German movie Downfall or other viral videos such as Sh*t People Say or Auto-Tune the News. These generally exploit stereotypes and are relevant in a humorous manner. 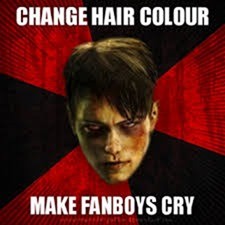 Word memes can be as simple as Twitter based hashtags. With social media holding store of whatever has captured the population’s attention, Twitter and other social media networks have ‘#’ or hashtags and other attributing characters which showcase whatever is ‘in’.

Marketing memes are targeted towards loyal and new customers and they entice them into engaging in activities meant to promote a product or a service. Generally, these are image memes with consumers adding their personal touch with text, or it could feature some similar attributes such as Captain Morgan, the liquor brand, asking people to pose as its mascot. SEOmoz utilizes popular memes to broadcast the latest breaking news. Visit sites on the internet to see some of the latest memes being used to market products.

· The Concept of Viral 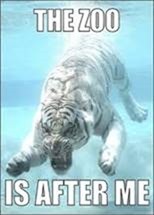 Going Viral is the spreading of something with great speed across the internet. Viruses reproduce copies of themselves across various host computers. Media starts to go viral after it starts to achieve tremendous word of mouth advertisement. The same file is viewed over and over again by millions of viewers.

Memes gain popularity virally but when they do go viral, they’re altered slightly in order to be culturally relevant across different cultures.

· What makes Memes so popular?

Memes are easy to internalize. They present a small amount of information in a humorous package which has some cultural reference thus making them relevant to the current topics which trend in conversation.

Social Media makes it very easy to share memes as friends can visit sites and see what each other like or what their friends have been viewing.

Their relevance to culture makes them very easy to accept and it is the ease with which these become familiar that makes them so hard to forget. There is also the element of humor in them which adds further appeal.

Memes also create a community of sorts between people who like the meme. It brings like minded people together and thus creates a forum of sorts where people can share similar memes or messages.

Marketing is a dynamic field which is constantly changing. Thus it is important for marketing executives to take note of the latest developments in culture and memes have become a hugely popular method to communicate with levity and brevity.

This article is brought to you by Memes.com a site that lets you effortlessly share hilarious memes on an easy to use platform that enables users to share funny images with their friends and other users of the website from all over the globe. Click on Google+ to follow us!