CALABASAS, Calif. – June 8, 2018 – ​505 Games and leading independent developer Lab Zero Games have announced the release of a new beta demo available to all backers of the highly anticipated fan-funded action-RPG ​Indivisible​. Backers of the massively successful Indiegogo campaign, which raised over $2.2M in funding, will be treated to new and improved battle mechanics, enemies and quests while being introduced to three new playable characters; plant-summoner Nuna, the gun-slinging Latigo and boisterous pirate queen Baozhai. The new beta demo will also provide backers with a unique opportunity to battle a newly-created “hybrid boss,” Pindayar. A first for the genre, “hybrid bosses” switch seamlessly between strategic RPG battle and action-packed platforming. ​Indivisible​’s official E3 trailer showcasing these exciting new features, animations, characters and more was released today: ​ 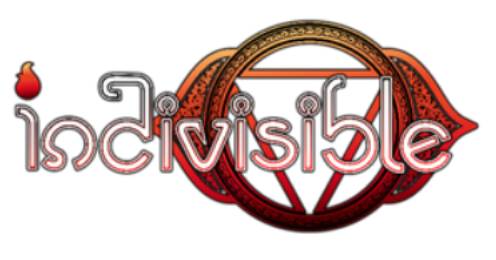 Available to all backers as a game update for Steam for PC, PlayStation 4 and Xbox One, players can access this all-new content by simply running their previously installed backer preview demo (distributed in November 2017). Additional game download codes are not required to access the updated demo.

The backer demo will also be playable for qualified press in a private meeting room at E3 in Los Angeles next week.

Created by Lab Zero Games, the developers behind the million-plus selling cult-favorite fighting game ​Skullgirls​, ​Indivisible spans a huge fantasy world inspired by various cultures and mythologies. A classically-influenced RPG/platformer hybrid, ​Indivisible tells the tale of Ajna, a good-natured tomboy with a rebellious streak. Her life is thrown into chaos when her town is attacked, awakening a mysterious power in her – the ability to absorb certain individuals into her being. She embarks on a quest to confront the warlord who destroyed her home, uniting people from faraway lands along the way, and discovering new aspects of herself and her world in the process.

Indivisible ​is currently in development for Nintendo Switch, Steam for Windows, Mac and Linux, PlayStation 4 and Xbox One, and will offer English, French, Italian, German, Spanish, Japanese and Russian-language versions. For more information on the game, please visit: www.indivisiblegame.com​.

505 Games is a global video game publisher focused on offering a broad selection of titles for players of all ages and levels. The company publishes and distributes premium and free-to-play games on leading console, PC and handheld platforms as well as for mobile devices and social networks. Publishing highlights in premium games include ​Last Day of June, PAYDAY 2, Terraria, Portal Knights, Assetto Corsa, ABZÛ, Virginia, Brothers – A Tale of Two Sons and ​How to Survive​. Free-to-play publishing highlights include ​Battle Islands, Gems of War, ​and ​Hawken​. Distribution highlights include ​Stardew Valley, Dead by Daylight ​and ​Inside/Limbo​. Upcoming titles include ​Laser League, Indivisible (from the development team behind ​Skullgirls​), ​Underworld Ascendant ​and Koji Igarashi’s next project, ​Bloodstained: Ritual of the Night​.

Lab Zero Games is a consumer-facing studio created by the core creative staff behind the critically-acclaimed fighting game ​Skullgirls​. Lab Zero strives to make better games and better game communities through as much direct fan engagement and transparency as business allows.