The ORICO 6518 Series USB 3.0 SATA Hard Drive Dock is a lightweight, high-speed device for quickly and easily mounting hard drives to a host system. There are many possible scenarios where this type of functionality comes in handy, and the 6518 Series handles most of them with ease. 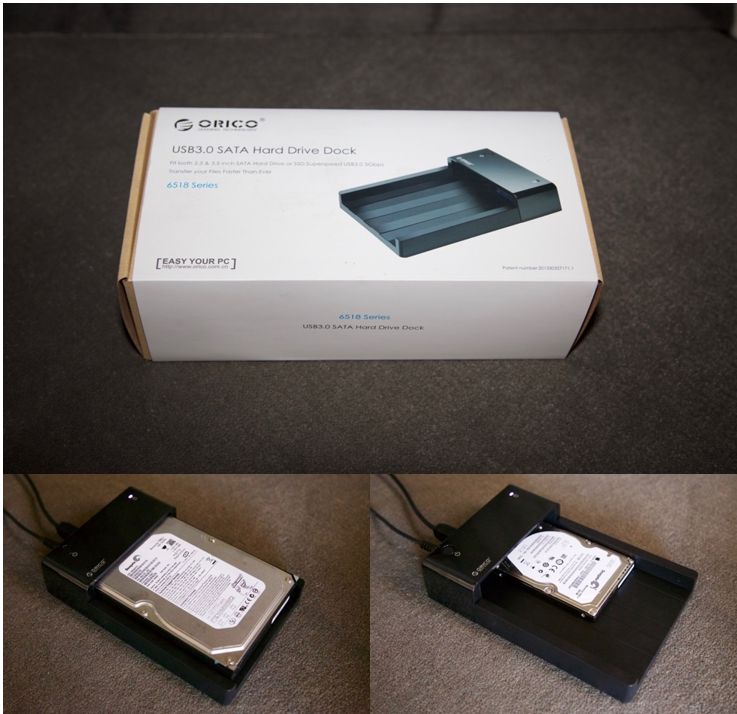 If you’re interested in creating and storing off-site backups, this Hard Drive Dock is an ideal place to start. Off-site backups keep your data safe even in the event of a theft, fire, or other natural or unnatural disaster compromising your computer’s location. The off-site backup can be used to restore data that would have otherwise been lost, keeps the data in your hands, and avoids recurring charges associated with cloud-based services. The disadvantage of such a backup is that it generally requires manual processes in order to swap out the drive or drives, and transport them. While the transportation is still up to you, the ORICO 6518 Series makes swapping drives a breeze, and the speed of USB 3.0 makes backups fast. All this combines to save you time, money, and make frequent, effective backups less of a chore.

The USB 3.0 interface, and support for 8TB drives means not only is this an effective interface for any type of SATA drive, SSD or HDD, but that it performs optimally for each. Do you need to back up large volumes of data on a regular basis? Throw in a cheap, 3.5-inch 4TB 7200RPM HDD. Or is the drive you’re loading in full of video you want to edit on the fly? Toss in a 300GB high-speed SSD. With a maximum transfer rate of 5Gbps, even most state of the art drives won’t be able to max out the speed of this dock.

The device itself has a horizontal layout, allowing drives to easily slide into the unit from the side. This makes it easy to position the device under a monitor or laptop stand without sacrificing desk space. It accommodates both 3.5-inch and 2.5-inch drives, with the larger size filling the entire width of the slot, and the smaller being aligned against the far side, making it
easy to line the drive up with the SATA connector inside. 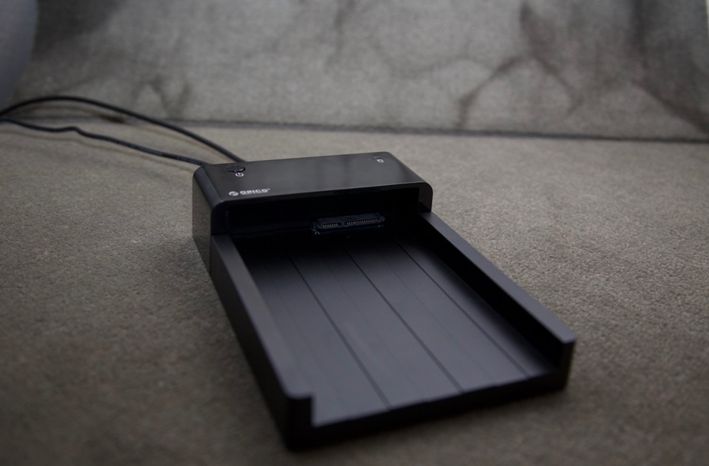 The finish is a simple, glossy black, which makes it reasonably attractive, but not distracting – again, making it ideal for positioning under a monitor, or otherwise out of the way, while still keeping it functional. For those who don’t want to use the 6518 Series as a permanent desktop solution, its lightweight and simple design make it an ideal travel companion, as it won’t bulk up your laptop bag, and unlike many other drive bays of this style, it doesn’t have any unnecessary mechanical contrivances to be accidentally damaged or snapped off when transferring it in and out of a backpack.

Whether you’ll be toting it around and performing data recovery on bare drives in exotic locations, or simply leaving it on your desk at night while you take your data off-site for safe-keeping, the ORICO 6518 Series USB 3.0 SATA Hard Drive Dock is an ideal way to get high-speed access to your data. It’s currently available at both Newegg and Amazon((10% off with promo code SUGZGXS9, valid till 05/04/2016), and priced very reasonably considering the great utility that the device affords.