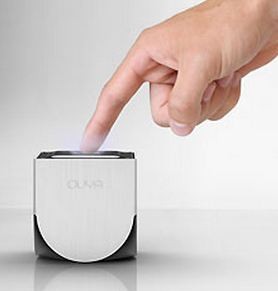 With rumors regarding the new X-Box “720” and the Playstation 4 popping up left and right, a bold move has been made. And it wasn’t made by one of the big box companies! A new product is on its way and is claiming “It’s time to upend console gaming.” I am referring, of course, to OUYA.

What is OUYA exactly? OUYA (pronounced OO-YAH) is a tiny box, powered by Android 4.0. This powerful little box plugs right in to your TV and includes a controller that is sure to make the transition very seamless. This controller should look familiar as it will have a very similar design as the standard console controllers we see today, including fast reacting buttons, two analog sticks and a D-pad, and even a touch pad integrated right on it.  The specs on its hardware definitely impress as it houses a Tegra3 quadcore processor, 1gb of RAM, 8gb of internal storage, HDMI outputs, WIFI 802.11 b/g/n, Bluetooth,  Ethernet, and a single usb 2.0 port. All in a box about the size of a Rubik’s Cube! 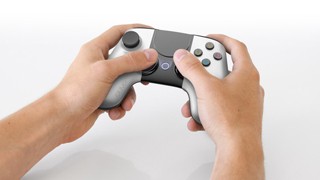 In addition, as it is running Android, every box works as its own devbox! The company is actually looking forward to and encouraging indie game development as well. They anticipate many titles till be free, even if only as a demo version, with other options such as paying for a subscription, paying for items, or just unlocking the full version. This is becoming the norm nowadays with many developers beginning to focus more toward the mobile and tablet markets. This concept just takes it a giant leap forward.

The buzz surrounding this piece of innovation is already roaring strong.  They began their Kickstarter campaign for it in July and in only one month’s time they were able to generate over 63,000 backers totaling nearly $8.6 million dollars pledged. This is a huge step in the world of indie games and platform development.

The expected release date is around March 2013 and while the Kickstarter campaign has come to an end, you can preorder the console and one controller for $109, which includes the shipping. International orders can expect to pay an extra 10 bucks. Where’s a portal gun when you need one…