Ok, now I will walk you through some benchmarks and first discuss my suite of tools.  Here is what I am using.

3DMark: While not a benchmark for memory, it does provide overall system performance.  It does of course steer more in the direction for video but memory speeds do play a role in its performance.

7Zip: While 7Zip is a tool for file compression, it also provides a tool to benchmark the speed of your processor and RAM.  The Compression speed test relies heavily on your RAM latency, Data cache size and speed and TLP or translation lookaside buffer.  The TLB is a memories cache that stores recent translations of virtual memory into physical addresses for faster retrieval of that cache.

Decompression relies more on the CPU’s integer operations and very little on memory and its own cache, but it is wrapped in the test.  The performance is based off of MIPS (Million Instructions per second.  The overall score is calculated from the measured speed of its calculations.  I run this test for 100 passes, not only test get a better tested score but also to test system stability under each configuration.

AIDA64: Is a benchmarking suite that can benchmark the entire system, but I will focus this test only on Memory, since we have a few other suites benchmarking everything.  The memory test here benchmarks reading, writing with data transfer bandwidth and latency.

CPU-Z:  Well this is not really a test, but a utility to tell you what speed your CPU, Memory and the likes are running at.  This piece of software provides information to confirm what you have done in the BIOS making sure all is well, confirming Bus Speeds, Multipliers, Frequencies, Channel’s and more.  Yes, many pieces of software do this as well, but this is 1 of them.

Intel Extreme Tuning Utility: honestly this is one that I completely forgot about till I was done with all the testing.  Yet another piece of software to double check on settings, but this also provides a Stress Test utility and a Benchmarking Utility.  The benchmark of course, is CPU related, but the CPU is where the memory controller is but the Memory Stress Test will stress the CPU and/or Memory as well.  While I don’t mention this during the review really, I test all settings in this as well to make sure the system is stable aside from the other suites as well.

PCMark:  Does not focus on memory specifically, memory and memory speed will affect its end result.  PCMark has various testing packages, Home Test, Creative test, Work Test, Storage Test, Application Test and Battery Life testing.  Some packages are self-explanatory; I will focus on the Creative Test.

The Creative Test includes works loads typically found on enthusiasts and professionals that work heavily with media and entertainment.  The suite performs various tests in the lines of Web Browsing, Photo Editing, Video Editing, Group video chat, Media transcoding and gaming.  These are all different types of workloads, but all are very memory centric, including overall system performance.

Sisoft Sandra:  Sandra is also a suite that can potentially benchmark the entire system and can also be used for diagnostic purposes, like most if not all of the previous software titles mention.  For memory, I will be running Sandra’s Memory Bandwidth and Latency tests.

For testing purposes I will be testing using Patriot’s Viper Elite Series DDR4 3000Mhz, two dual channel kits and Kingston’s HyperX Predator Quad Channel DDR4, both equaling up to 16Gigs.  Since Patriot only has one XMP profile, I will only be testing on XMP 1.0 to see exactly what the differences offer in performance.  The overclocking portion of this test may surprise you too, but just not for the reasons you expect right now, I didn’t expect it either.

I will also list my build as a point of reference.

Again for reference, here are the XMP Profiles:

Differences here are the Patriot has the BCLK to 125.03, versus the Kingston HyperX’s 125.00 and the HyperX has a slightly tighter timing on the tCL but the loser on the tRAS, tRRD and tFAW.  Usually tighter timings equal better performance but the fact that the XMP Profile for the Patriot is slightly higher, providing more bandwidth across the system improving overall performance, not just in the RAM.

Now back to the benchmarks. 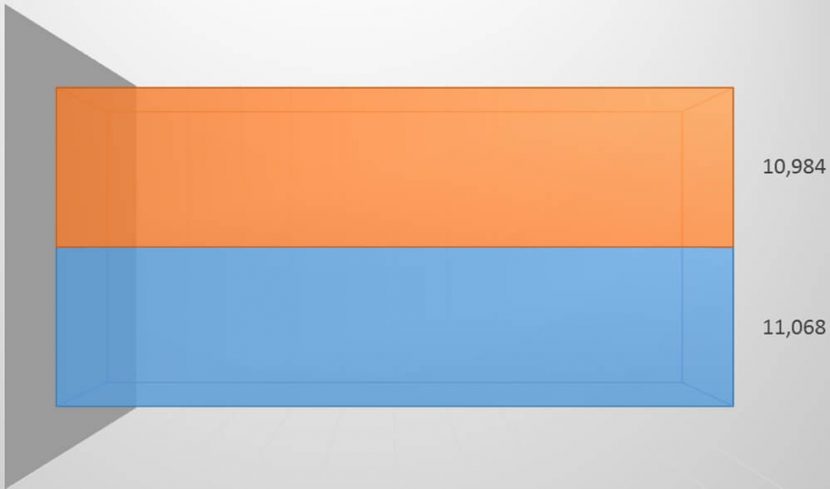 The memory differences were not significant at all from the 3000Mhz in Patriot XMP 1.0 against the HyperX XMP 1.0.  While HyperX XMP 1.0 does have tighter timings, which should improve performance, tighter timings on 3DMark wouldn’t make much of a difference since its focus is more heavy on the GPU alone.  It seems though that 3DMark actually preferred the looser timings and the higher system bus as there was a 0.76% improvement with the Patriot XMP 1.0. 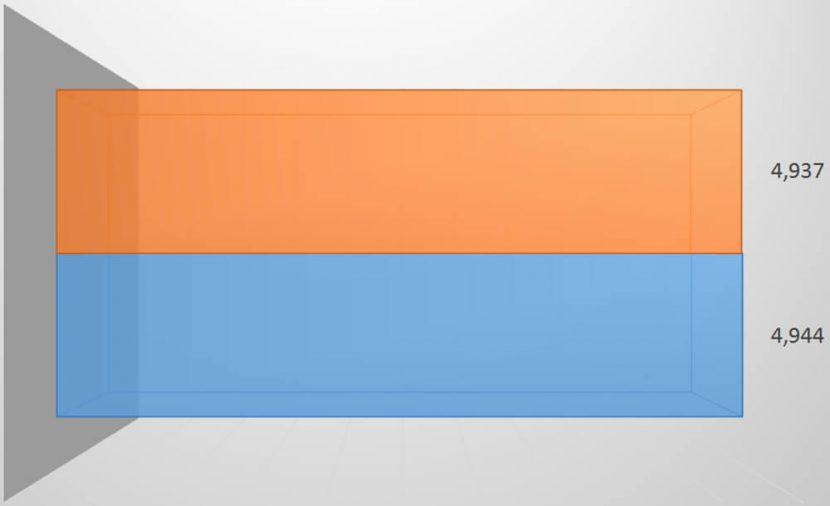 In PCMark Patriot XMP 1.0 performs slightly better than HyperX XMP 1.0.  This is more over all overall system result and did not focus on graphics; we can see that again the looser memory timings did help a tiny bit, again not enough to call it a success. 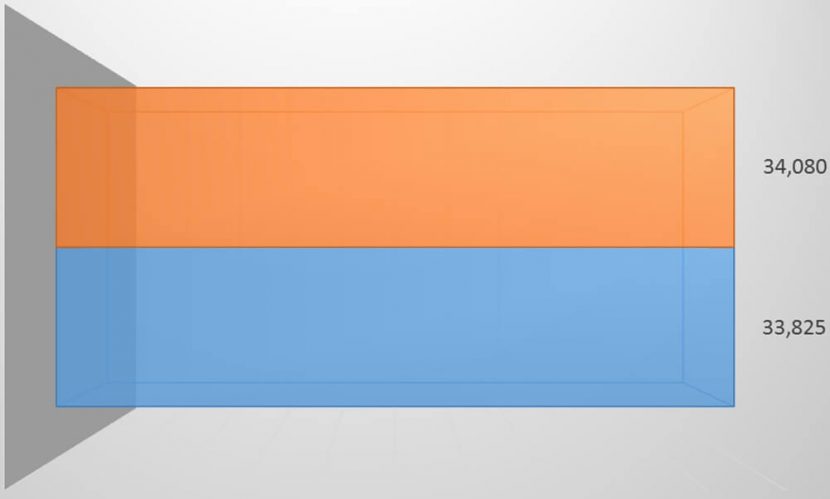 On 7-Zip we can see that HyperX XMP 1.0 performed a bit better.  HyperX XMP 1.0 was 255MIPS higher than Patriot XMP 1.0, a 0.75% improvement, not bad.  This score is derived by CPU speeds but the latency plays a role in the compression speeds as well. 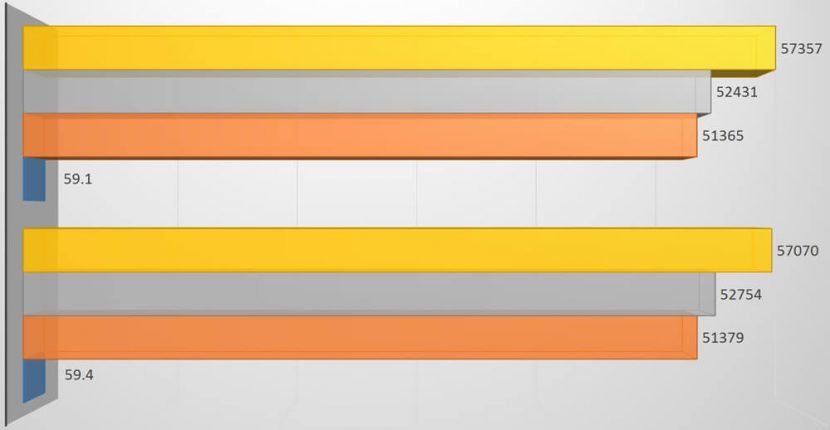 This test is a memory-centric test much more than the other tests, even though it does involve the CPU, but it is inevitable since the memory controller is on the CPU. 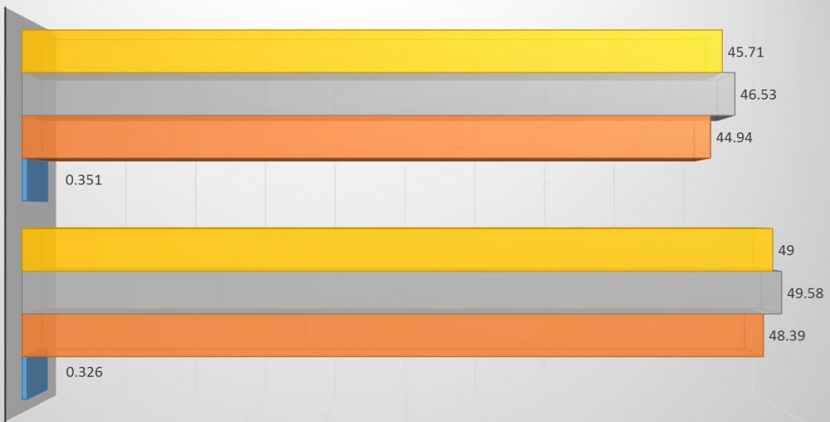 The results here are not as confusing as AIDA64’s, they are straight out in favor of the Patriot XMP 1.0.  Yes, Time to Copy is lower, but that is good because you want it to take less time to copy than more time to copy right?

Both held their own very well here in some areas the Patriot performed better and in others, the HyperX performed better.  So now we are moving onto the overclocking aspect of the review, issues did occur, they were explained but regardless results we provided,… though not in the way you would think they would be.

I love the arts and technology. IT Manager by day at Jewett Automation and Reviewer by night at https://t.co/eYqx0uJofz and my own at @ThisBytesForYou
RT @EdCrisler: To let our NA consumers know, we made a strong effort to ensure cards have the new bios in place. If on the rare chance your… - 4 days ago