For as long as memory serves, the phrase video game consoles has been used as a catch-all term that covers pretty much all modern gaming technologies across an endless range different platforms. If you were born in the 80s or 90s, you probably associate the term primarily with consoles such as the SNES, PlayStation or Xbox. A decade or two earlier and you might say that video game consoles were the machines that lined arcade halls. You have to hark all the way back to October 1958 to find the very first instance of what could be considered a video game console, created by famed American physicist William Higinbotham. Titled Tennis For Two, the game featured a basic graphical display that wasn’t too dissimilar from a radar. Think Pong, only twenty years earlier. In fact, the sense of motion that Higinbotham achieved with his prototype was perhaps more realistic to an actual game of tennis than Pong ever was. This guy was ahead of his time, and then some. 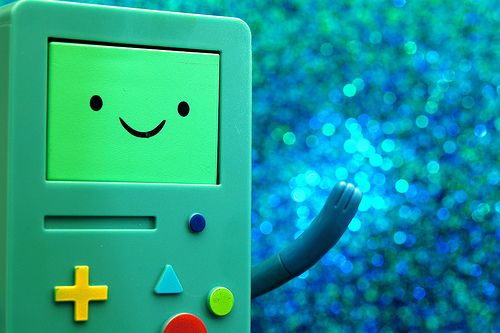 Of course, there are those who argue that Tennis For Two wasn’t technically a ‘console’ as such. Some say that particular accolade should belong to Ralph H. Baer’s prototype version of the Magnavox Odyssey, known as ‘The Brown Box’, which was fully functional as early as 1967. This was the very first console that could be easily connected to a standard TV set – a very important milestone in the course of video game console history. Fast forward to the current day and you’d have to say that our concept of modern video game consoles is evolving once again, to the point where modern gaming devices are used for so much more than just gaming. Let’s take a closer look.

The age of the console / computer / TV hybrid

First of all, if you dig into the recent stats issued this year by analytics think tank Statista then it’s clear to see that the Xbox and PlayStation owners of today only spend about 50% of their usage time actually playing games, whether that’s online and offline. The remaining half of their time is most commonly devoted to browsing the internet, streaming movies and TV shows, watching DVDs and Blu-rays and downloading other watchable content on the same device. The sheer processing power behind modern consoles allows for top quality graphical output at unprecedented speeds. There are even various guides dotted about that explain how to turn your PlayStation into a fully fledged Linux PC, without losing any of the standard gaming functionality.

Another innovation that has been sweeping through the gaming industry in recent years, and that begs even further questions about the parameters of modern video game consoles, is cross-platform gaming. Simply put, this is the ability of a video game to be played on various types of hardware at any given time. The example that first springs to mind is the number of online (ostensibly ‘PC’) games that are now available to play on smartphones and tablets. Given the sheer range of games that are now available to play on mobile devices, you’d almost have to class your phone as a console in its own right. Take the thriving world of iGaming for instance, where major online operators like Betway Casino have invested heavily in the mobile functionality of classic casino games such as roulette and blackjack. For the latter in particular, you could argue that the expansion to mobile has actually served to enhance the gameplay experience because it allows players to take a more ‘hands-on’ approach when deciding whether to stick, twist, split or double down on their next hand.

Another unique example of cross-platform gaming that is more closely related to our traditional concept of the video game console is the inimitable Nintendo Switch, released back on March 3, 2017. This has to be the most versatile of consoles that are currently on the market, striking a fine balance between portable gaming and home usage. While in ‘docked’ mode, the system is able to output full 1080p video at up to 60 frames per second to users’ TVs, with the console’s screen having a max resolution of 1280×720 on the go. The system boasts a battery life of up to six hours while untethered, and features a Nvidia customised Tegra processor. The ease at which users can go from playing on the move to hooking up the device to their living room TV is unprecedented and, perhaps most impressively, involves minimal interruption to gameplay.

What does the future hold for video game consoles?

All things considered, it seems there’s a clear trend going on here that’s almost impossible not to recognize. Whereas ten years ago, the general public were more than content to fill their personal electronic inventory with various devices – e.g. a mobile phone, an iPod of MP3 player, a PC, a laptop, a stationary video game console, a handheld video game console – it seems that now the aim of the game is to simplify and merge functionalities as far as possible. And let’s face it, the differences in functionality between modern devices are becoming fewer and further between. When it comes to gaming, watching films, listening to music, browsing the Internet and sending messages, you can effectively do all of those things on whatever device is at hand.

It then simply becomes a question of terminology. Do you think we spend more time using our phones to browse the internet than actually calling people? Probably, and yet we still refer to it as our phone. It’s the same thing with video game consoles. We continue to use that term because it helps us distinguish one type, size or location of electronic device from another; not because they are solely used to play video games. It’s a matter of recognize-ability, understanding and keeping up appearances. Yes, it might not make absolute sense to do so, but once a term has become so ingrained in global culture then it takes a while for the world to stop using it in favor of another newfangled moniker that is ultimately more apt. That’s the way our language works.