The I’m Watch is the first Smartwatch I have had a chance to review hands on here at Dragonblogger.com and I was super excited about the chance to review a product that appears to have a place up and coming.  I was one of those people (nerds) who wore a Casio calculator watch when I was a teenager (start laughing at me now) and always thought a watch that can do more than tell time was useful and a great idea. 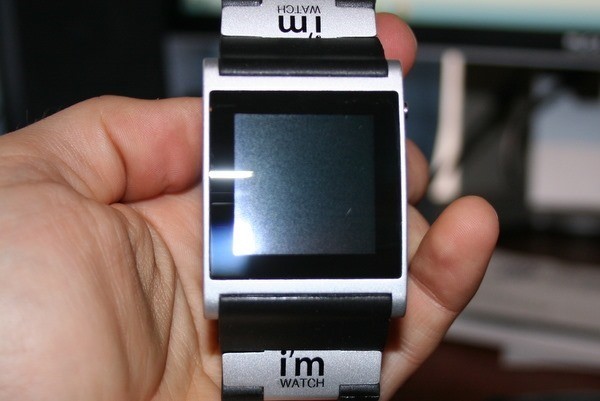 The I’m Watch is a Smartwatch that links via USB to your Smartphone that supports both Bluetooth and Tethering.  For those who don’t know, Tethering means you have to have Mobile Hotspot enabled on your phone, this is an extra service charge and monthly fee for most Wireless providers so if you don’t have Mobile Hotspot feature know that you will need to add it to your wireless plan as I had to review the I’m Watch first. The I’m Watch advertises that it helps you manage some of the data and functions of your smartphone right from your wrist.  This includes seeing calls come in, checking emails, news, alarms, Facebook and Twitter status and even weather.  It also has enough storage that you can use it as a smaller music player for when you just want to jog or exercise and not have your smartphone with you or on you, so it can replace the function of an iPod Shuffle for instance as well.

Hands on Review of the I’m Watch

When you first get the I’m Watch like with most devices you plug in in to charge it, it comes near fully charged but I plugged it in to be sure.  I activated the watch and you run through its initial screens setting the Language, Time Zone, and calibrating its motion sensing functionality. 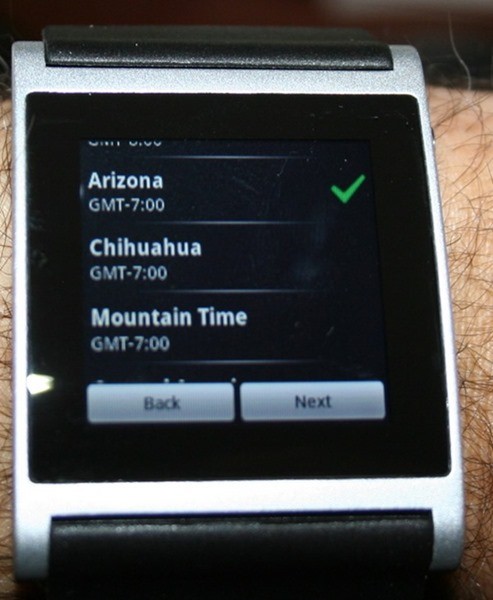 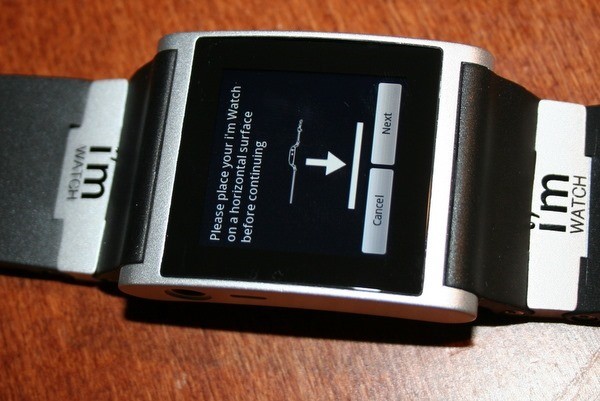 After this you are asked to register the I’m Watch on the I’m Website where you enter its serial number and model number. 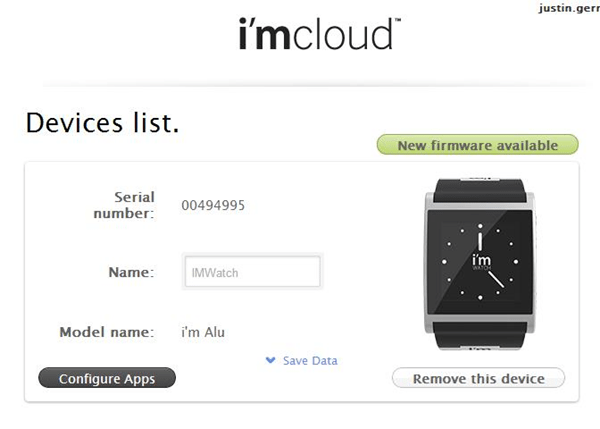 The first thing I did was install the latest firmware, which involved connecting the I’m Watch via USB to computer, opening up the USB connection and mounting the share. Then putting the firmware in the uploads folder on the I’m Watch and rebooting the I’m Watch.  Patching was a breeze, though I thought the extra step in having to mount the folder before it would show as a mounted drive was unnecessary and should be automatic when plugged in via USB.

After Firmware Update, I then proceeded to configure the I’m Watch with my iPhone.  The I’m Watch pairs with your phone pretty easily, I just started randomly pairing it with various devices to see how easily it connects, know that if you do pair it to 2 devices, then it stops showing more 3 devices in the search list and you have to unpair devices for it to scan and show more devices.  I have a lot of Bluetooth devices in my office so I had to scroll through a list of 5 devices to find and pair. 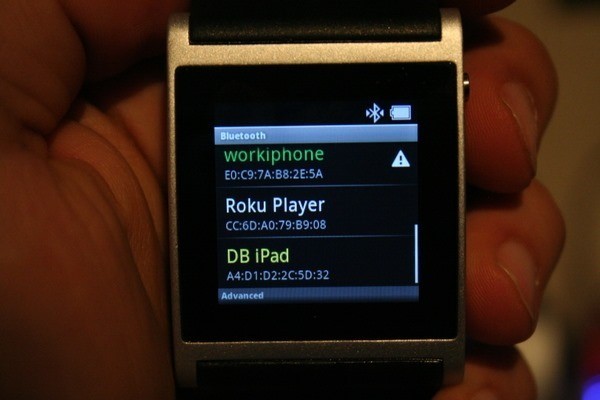 You will need to go to I’m website and configure your I’m watch apps either before or after you pair the I’m Watch with your smartphone to configure the applications like Weather (it requires you to set the local city, and other settings). 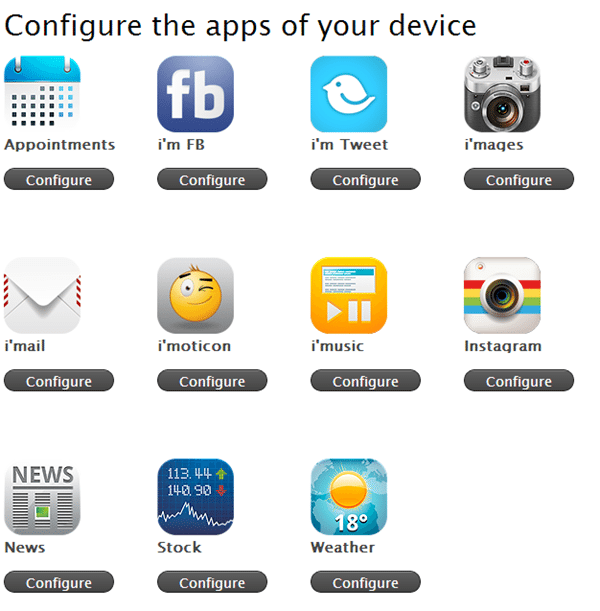 What I didn’t realize is that by default all of the Apps start with country default of Argentina because it is listed first, so even though you set the local language on the I’m Watch physically to English you still have to change the country for each app that has a country option.  So I was baffled at first why my news app defaulted to Spanish when my local language was set to English until I went into the News app and changed it there. After all apps were configured I started running through testing all of the applications on the I’m Watch but started running into trouble.  The I’M Watch when battery is low will immediately turn it’s display into a traditional analog clock, no buttons work, no touch screen works and all you can do is hold down and power off the device.  I couldn’t figure out why the device which has been on my USB all day was having this problem, but reseating it and unplugging/replugging a few times finally got it to start showing the proper home screen again. 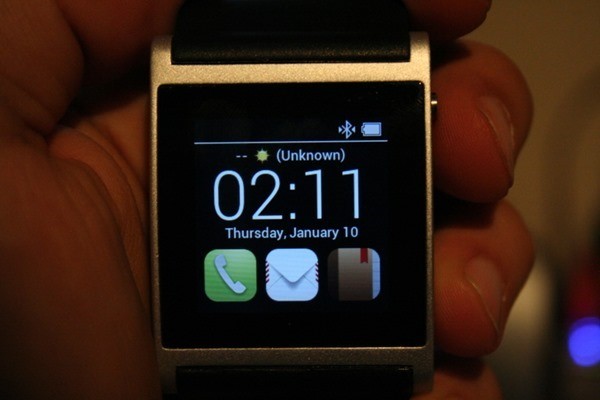 I tested an incoming phone call and the I’m Watch does display an incoming call, chimes an alarm and helps alert you when you have your phone set to silent or vibrate.  Though the caller never showed up, even though it was paired with the iPhone and the name was in my contact and shows up on the phone screen, no name ever displayed on the I’m Watch screen for me. 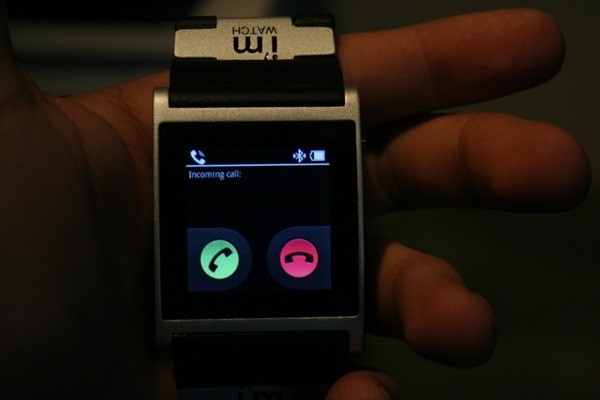 The weather application was a little bland and I am not sure where it collects it’s information from, but wasn’t matching what Weather.com or iPhone weather app showed for my location.  IE, in Phoenix which it was set to, the High was not going to be 21 degrees, it would be in the 40’s so was completely inaccurate. 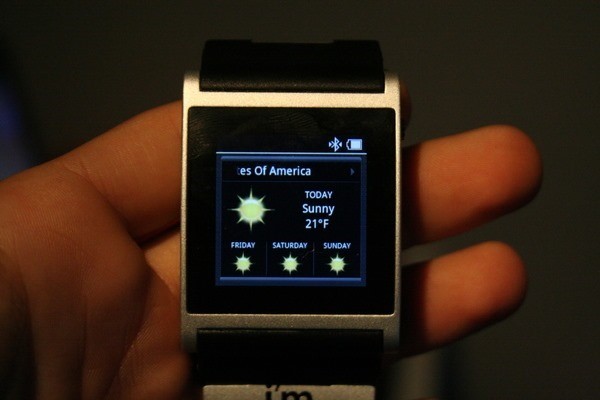 I started testing the Facebook and Twitter notifications and realized right away this isn’t going to be very helpful, the notifications were generic and I have likes, tweets, updates every second of every minute on my busy social media channels.  Maybe this was designed for people who only had private profiles and a handful of friends/followers but it was pretty useless since when you drill down to notifications it shows very little detail, loads very slowly and nothing renders in anything but plain text. 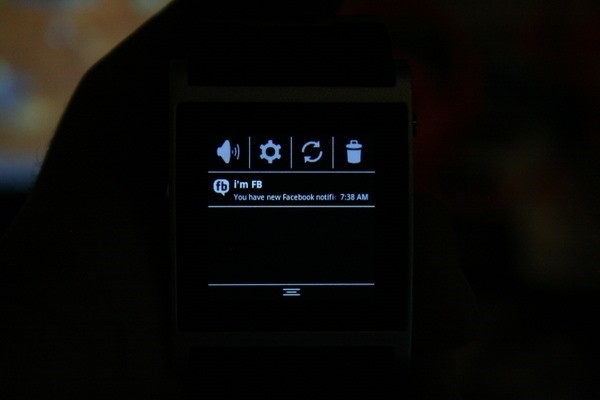 Mail was the same issue, the mail is only in plain text and most emails cannot open if they are HTML format which many of my feed subscriptions are.  In fact, I found the two applications that I liked best were Alarm and Calculator and these didn’t need any pairing with a Smartphone to use at all. 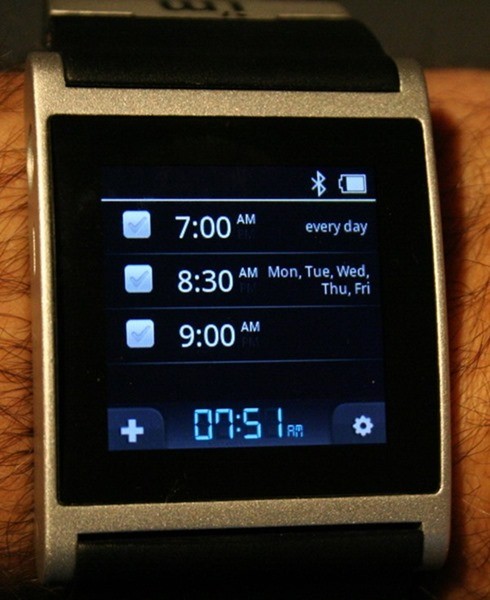 I did the review over 3 hours, wearing it on my arm and deliberately trying to use the I’m Watch instead of the iPhone for some things and at random intervals the device was sluggish, would lock up and again that analog clock would just display and literally make it so you can’t do anything with the I’m Watch until I plugged it back into my USB which seemed to reset it’s brain and it showed it was still 3/4 battery life left. As much as I wanted to love the I’M Watch and believe it would help augment the Smartphone I found the opposite to be true.  It does look nice, certainly is a nice display and maybe if they updated the software, beefed up the hardware so it had more power and was faster it would be appealing, but overall I didn’t find the I’m Watch which starts at $389 to be worth the money.  I would have worn a dumbed down version that needed no Internet/smart access for $50 or $60, but everything that made it a Smartwatch wound up having issues, or just functioning too poorly that there would be no reason you wouldn’t just use your Smartphone instead of the I’m Watch in my opinion.

Disclaimer:  This was a Sponsored Post, I was provided a copy of the I’m Watch to review and compensated to learn about the service perform the review of the I’m Watch.  The words and opinions are mine and mine alone.