Gaming superpower Nintendo released the Wii at the back end of 2006; and since then it’s been a bit of an odd journey for the console. There was a lot of interest and expectation prior to the release of the Wii, however the jury’s still out on whether it’s managed to live up to expectations.

One reason for this is undoubtedly the lack of quality of the sports games on the Wii. Granted, Wii Sports was something of a hit upon the consoles inception, however this was just down to novelty. It was nice for families to play on a Sunday afternoon, but in reality there wasn’t anything there for the gamers among us.

The simplicity of Wii sports, (and other Wii games) just wasn’t enough to keep people engaged for a long period of time, which is why people simply reverted back to their trusted PlayStation and Xbox’s; leaving the Wii collecting dust in the cupboard. 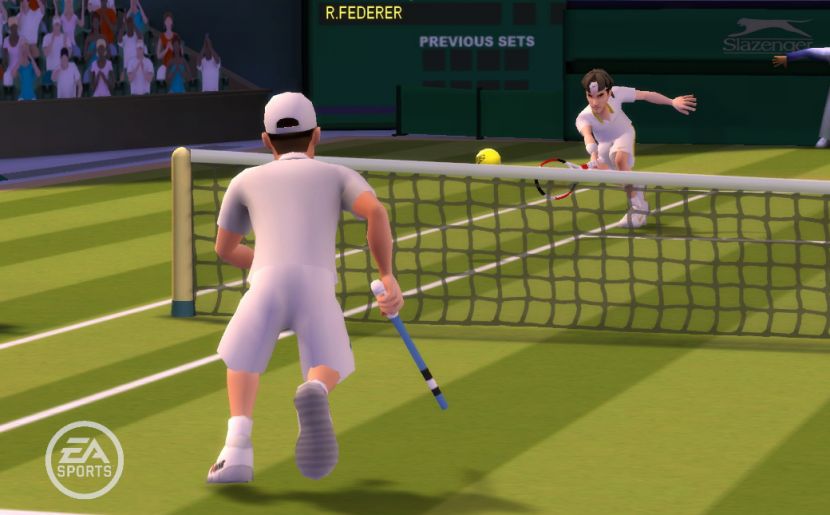 Tennis on the Wii

One game that actually was enhanced by the use of the Wii was Grand Slam tennis. Tennis is usually a fair-weather sport for most in the UK, with many getting involved in playing and placing bets on Wimbledon throughout the summer, only to forget about it come mid July.

With Grand Slam tennis being so popular with bookmakers, the Wii allowed us to play a semi-realistic version of our favourite summer sport without actually having to leave the house. The reason this appealed to many is that it didn’t matter what time of year it was, or what the weather was like, a game of tennis was always available.

Without question one of the most popular games ever, on any console is FIFA. Released annually, this game is always one of the most talked about and anticipated game releases each and every autumn.

Unfortunately for Nintendo the Wii really is too compatible with FIFA. For starters, the controls (even with the additional add-ons) just simply don’t have enough buttons for people to play FIFA as they always have on other consoles.

Secondly, the game play just didn’t seem quite the same. This may be down to people’s experiences and perceptions, but without being able to host the most popular soccer game, a console is never going to be successful in the sports market.

The most successful sports game (if you can even call it that) released on Wii was Mario Kart. The reason it fits into the sports category is because it is a driving game, however having said that the driving isn’t the reason the game was so popular.

Nintendo we’re clever with Mario Kart. They evaluated the Wii’s best features and customised a group of characters and a game that many people already knew and loved to suit those features. Mario Kart can be regarded as the only real ‘sporting’ success of the Wii; other than that, it was, and has continued to be completely gazumped by PlayStation and Xbox when it comes to both game play and usability.