So I ran into BearKittty while networking on the Royale Streamers Discord group and Twitch stream which I am a part of. When I visit Twitch streamers I tend to stay for a while and read their profile information and bio on their channels to see what kind of widgets and info they share.  When I read a part in her bio’s about section where one of her bullets was “Ruining friendships while playing Deceit.” I immediately became a fan of the humor style and hit her up for an interview. 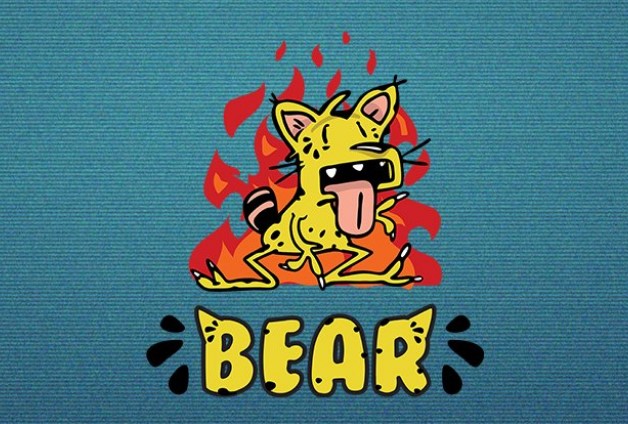 Here is my interview with Bearkittty

Justin:Tell Us About Yourself (notes include name (or just handle) where you are from…etc. 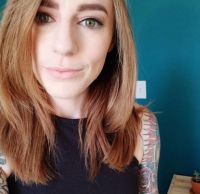 Bearkittty: My name is Lauren, and I’m from Austin, Texas, but currently live in Connecticut. I stream on Twitch as Bearkittty, and have been streaming for about a year and a half. I call myself a variety streamer, but have been streaming Hunt: Showdown exclusively for the past 2 months. It’s an absolutely amazing game and I can’t wait to see it blow up! Outside of stream, I enjoy photography, acting, snowboarding, and graphic design. I left my job at an ad agency in LA to stream and do freelance design work, and have been loving it.

Justin: That’s awesome that you were able to pursue freelance work full time, I also played Hunt: Showdown a few times with my son but lost all my hunters to PVP where the other players are far more of a threat than the monsters.  When did you first realize you wanted to start streaming and when did you first start?

Bearkittty: I started streaming in May of 2018 when I was still working at an agency in LA. I loved my work, but it felt like work. I grew up playing video games with my uncle and sister, and it’s always been a big passion of mine. I was looking for an outlet to be a little more crazy on and do something I love that isn’t graphic design. Streaming was the perfect fit.

Justin: Nice, you have come a long way in a short time to be able to make it your full time thing in less than 2 years. What streaming platforms do you go live on most often (Twitch/Mixer/YouTube…etc)?

Bearkittty: At the moment, I only stream on Twitch, but I do have a YouTube channel (also bearkittty) that I want to start uploading to more often.

Justin: I started with YouTube and got on the Twitch bandwagon way later myself, what devices do you prefer to stream from? (Console, PC…etc)

Justin: In my house we alternate streaming from PS4 Pro and PC, but some of our streamers stream from Xbox One and the Nintendo Switch as well so it is depending on the game. What is your preferred streaming hardware/PC/software setup? (Webcam, Elgado Streamdeck, SLOBS/StreamElements…etc)

Bearkittty: I definitely prefer OBS Studio over SLOBS now, way more simplified and runs better on my setup (which can be found on my page). I LOVE my Streamdeck, SUPER helpful for fun alerts. Other than that, the other things are just extra flashy things that aren’t necessary. I use my photography camera (Sony A7) to stream now, alongside some key lights and nanoleafs.

Justin: Well I had never even heard of a nanoleaf until I saw it in your interview so had to go look it up, wow that those are cool.  What is your short term goal < 3 months and long term goals with streaming?

Bearkittty: My short term goal for stream is to just improve my content and keep doing what I’m doing. I used to be hyper focused on Partner, and I feel like it takes a toll on you. I also want to start uploading more to YouTube to bring new people in. Long term is partner, but it will happen when it’s meant to

Justin: Yeah pretty much my goal to is to reach partner, that is the mountain to climb for sure.  YouTube ironically is where I started 11 years ago, long before our Twitch channel.  Do you have any advice you give to other people wanting to get into streaming and entertainment?

Bearkittty: My best advice for people who are starting to stream, is to engage with your chat, greet everyone, and never ever focus on your view count. Just hide it. Be yourself and don’t worry about the numbers, once the numbers focus happens, it effects your mood, and that’s not good for your viewers. Also, don’t worry about getting fancy. Focus on your content before you worry about 300 dollar lights. People are ultimately there for you, not your gear. ALSO, GO HANG IN OTHER STREAMS. Networking on Twitch is huge

Justin: You make an excellent point and that is good advice I can attest to and endorse.  I have a team of 7 streamers including my 12 year old son Oliver who actually gets a bit bummed when there aren’t nearly as many viewers of his streams on my channel as others.  He likes entertaining and conversing with people and it affects him when nobody shows up for his streams, I tell him not to worry about it and just stream like you have an audience of a thousand even if nobody is watching.

Bearkittty: I have just recently abandoned my stream schedule, to test things out and see how it goes. A schedule for me feels like an obligation (this is not true for everyone, just me), and I don’t want this to ever feel like work. You can find me on Twitch at twitch.tv/bearkittty. My typical days off will be Tuesday and Wednesday.

Justin: Do let me know how this experiment works, we kind of set a few schedules for our streamers and whenever there is an ad-hoc stream or missed window, we notice a huge decline in visitors and viewers.  Also some show up and chat at the broadcast schedule times even when the stream isn’t started, so I am finding a consistent schedule really is important to some viewers.  Maybe more so when you are a Twitch team.

Do You Want to Give Any Shoutouts or Promote Anything?

Bearkittty: I’d like to shout out Cooler Master! I’m sponsored by them, and have had a wonderful partnership with them. Love their products, and love being part of their team. Also my YouTube, we just passed 100 YouTube subs and I want to keep working on bringing more people in! My YouTube name is also Bearkittty as mentioned above.

Here is a Hunt: Showdown highlight clip of BearKittty on her YouTube Channel.

Justin:  Congrats on reaching 100 subs on your YouTube Channel and I just spent some time checking out your YouTube and your PARODY Addiction video was hilarious.  Totally not appropriate for me to embed in a PG friendly site though, but highly recommended you check out her Addiction Parody video if you are fans of adult humor like Rick and Morty, Southpark, Family Guy, Superbad…etc.  Thank you so much for taking the time to be interviewed Bearkitty and I encourage all of my fans to check her out and visit her stream.

Owner at DragonBlogger.com
Working in the IT Industry for over 17 years starting with OS, Networking and then moving into web based technologies including authentication and online security. Dragon Blogger has unique insights and opinions to how the internet and web technology works. An Avid movie fan, video game fan and fan of trying anything and everything new.

https://t.co/iWP6afuOc9 is a technology, gadget, software and video game site that features articles, reviews and giveaways.
Looking for a Job in the Video Game Industry https://t.co/ZddLuBjpvP - 5 hours ago