Another year, another FIFA game, and as always the hype begins early. EA have made some tremendous technological leaps over the last few games in the series and we are now getting a glimpse of EA’s first truly next gen FIFA game which will only be appearing on the newest, most powerful consoles; the Xbox One and the PS4. Below we will take a look at a few of the major technologies that underpin the game’s realism and immersion factor. 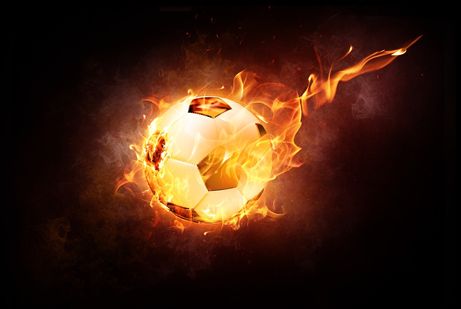 One can’t talk about new technologies in any game without talking about motion capture. Motion capture (mo cap for short) is ubiquitous in gaming and has seen an explosion in the rate of its use over the last two console generations. Mo cap sees real actors acting while wearing a special suit, this suit tracks the position of key areas of the body and uses the actor’s natural movements to animate an in-game model. As these suits become more advanced, they have gone from tracking the movement of limbs to being able to accurately convey facial movements (one of the greatest challenges in computer animation). There’s obviously not much dialogue in FIFA, but EA have gone out of their way to ramp up the immersion by motion capturing hundreds of the biggest names in professional football; the Lionel Messi in your game moves exactly as the man does in real life!

Having beautifully animated player models is only half the battle, those models need to interact with one another and with the ball. It would be nigh on impossible to produce a pre-set animation for every possible scenario and so everything in FIFA is dynamic. When a player tackles another player in game both players move as they would naturally, but instead of just playing two animations, the game engine detects that a collision will occur between different parts of the players’ bodies. At this point, physics takes over and every object involved, from the players’ limbs to the ball itself, moves and interacts with one another in a realistic way.

Various football predictions have been tested by pitting two AI controlled teams in FIFA together and the results have been eye opening. Of course, FIFA is never going to reach a point where it mirrors the real world with complete accuracy, but it does offer something incredibly realistic and as close to the real world as any of us can reasonably expect a video game to be.

Having commentators reciting the same lines they use when commentating for real isn’t the most impressive technological display EA has to offer. It is little touches like this, however, that ramp up the immersion factor and really sell FIFA as an experience, as well as a game. Like the player animations, the commentary is dynamic and commentators will respond to in-game events in a realistic way. Their commentary goes beyond what’s happening on screen, though; they will reference other games, events and players just as a real commentating team would.

The FIFA series remains at the bleeding edge of technology in several areas and EA are renowned for producing exquisite sports games. FIFA 18 Is set to live up to this reputation and offers the most advanced sports simulation yet.