The Do Not Track features exist in almost every browser currently, but other than Safari few browsers have “Do Not Track” set by default which prevents identifying cookies and information from being set which track your information as you surf the web.

Advertisers are up in arms about this claiming Microsoft is impeding marketing, advertising and research in the area of local and targeted marketing.  The ability for custom and specific display ads that appeal to you as the Internet user rather than just an anonymous person coming from an IP as in the case with location based cable TV advertising. 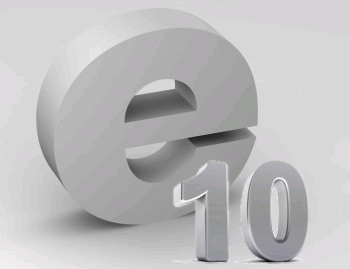 One side effect of Do Not Track being enabled by default may affect bloggers and online entrepreneurs is that in some cases this may prevent a browser from sharing an article on Facebook or Social Media if Do Not Track is active.  This can interfere with 3rd party commenting plugins like Disqus, Livefyre, IntenseDebate and possibly the WordPress.com cookie itself.  So it may end up being that Do Not Track is too restrictive for the savvy only users, but I think Do Not Track by default for the vast majority of default users is a good thing.

Let users opt-in to have their online browsing tracked, vs. tracking by default.  Those of us in Information Technology know that security is rarely ever adopted by end users because of warnings and sharing of information, security often needs to be jammed down the throats of the vast majority of users because simply put it isn’t convenient to add additional levels of security.  The challenge has always been security vs user friendliness, and with Do Not Track by default this adds a little bit more security and anonymity by default for users who are using Internet Explorer 10 on the new Windows 8 platform.

The question is, will Google Chrome and Firefox soon make Do Not Track a default enabled option like IE10 and Safari?  My prediction is no, I don’t think Google Chrome will default to Do Not Track as Google is so dependant on advertiser revenue and purchasing/displaying localized banner advertisements in it’s network.  Google closely integrates all of it’s online properties and thrives on the “tracking of users” and displaying relevant information to a users individuality.  So Do Not Track seems to go against the entire model that Google (and it’s advertisers are depending on).

I could be wrong however, the audience could sway if more people adopt IE10 because it is perceived as more secure or they can be more anonymous.  My guess though is that more websites will have some sort of problems, user interface issues causing many to simply “enable tracking” anyway.

Share your thoughts on IE10 Do Not Track and where you see this heading.

Content Creator/Owner of https://t.co/iWP6afuOc9 for Tech, Game, Entertainment and streamer at https://t.co/594fXMdMIA
James is back with Octopath Traveler! !cdd !giveaways https://t.co/93W93nJHye Powered by Restream… https://t.co/QzqDWClTCR - 4 hours ago