Go ahead and see if this method works for any of you, go to the Official Twitter Facebook application. 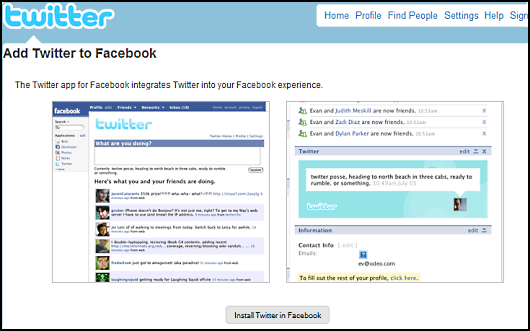 This should take you to your Facebook App page where it asks you to enter your Twitter credentials.

No matter what you enter though it always fails for me and the 3 accounts I tested with.  I am not sure why, the error just states a problem with username or password yet I know its the right one and I have signed in and out of Twitter with it successfully. 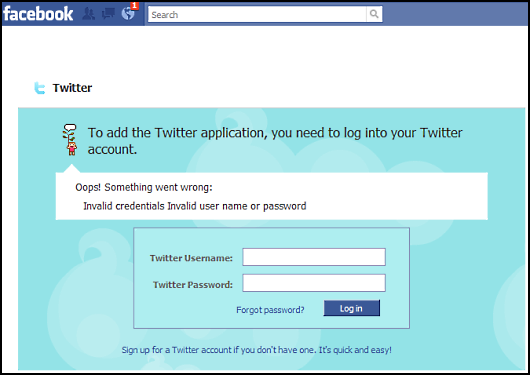 Does anyone else have this problem trying to add a Twitter application to your Facebook account?  I have tried several other applications and have met no success yet.