For Twitch streamer TheMexicanRunner, speedrunning has been something he has been passionate about for a very long time. Famous for holding world records in games such as Battletoads and Contra however, this Sunday, February 26th TheMexicanRunner is going to become the first person ever to completely finish and live stream all 714 licensed games for the Nintendo Entertainment System.

The project known simply as NESmania, started back in May of 2014. Basically, how the stream works is that after every game victory TMR would hold a computerized raffle for people to enter. The winner would get to pick the game of their choice depending on if it was an “any game” raffle or a “sports game only” raffle. Also sometimes TMR would hold a “Sub Only” raffle for those who subscribe to him on Twitch. 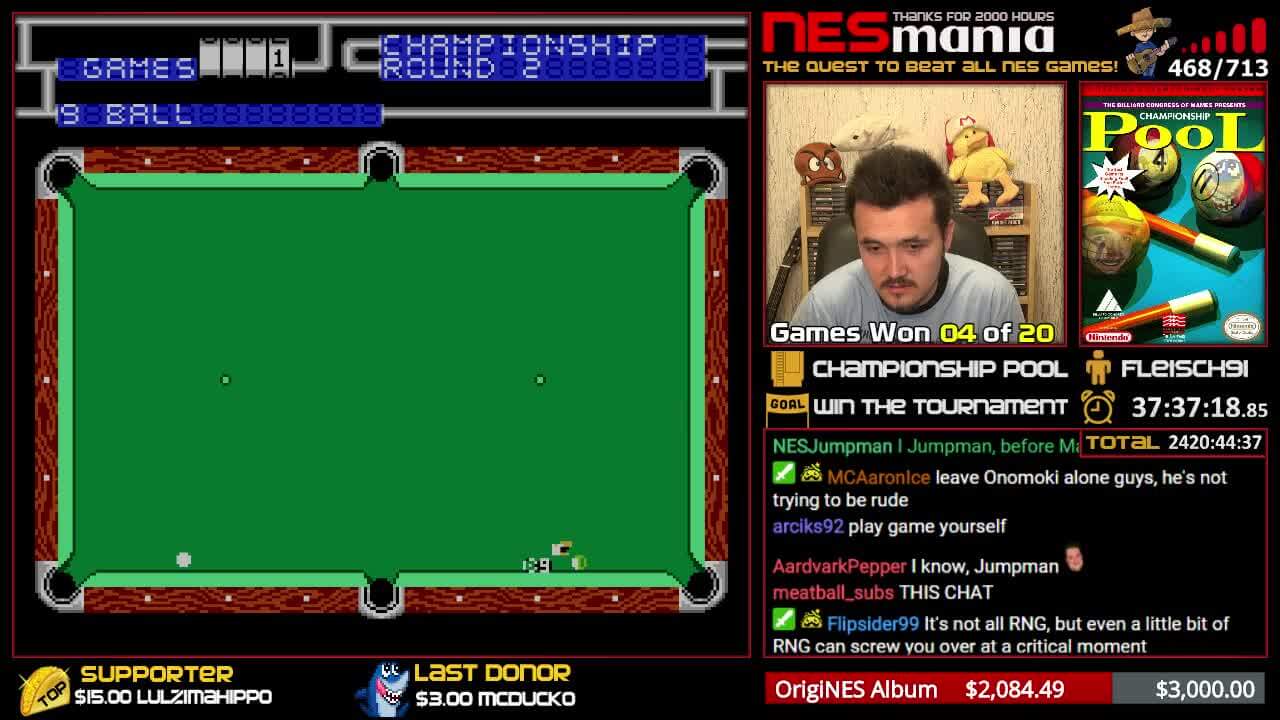 TheMexicanRunner vs Championship Pool. One of the longest games in NESmania.

I have been a follower of TheMexicanRunner since he started playing the brutal and very unforgiving Ikari Warriors which if you are a fan of the NES you know that this is one of if not the hardest NES games ever made. However, TMR was able to push through and beat the game.

Be sure to check out TheMexicanRunner this Sunday, February 26th starting at Noon EST/9 Pacific on his Twitch channel as he completes the final game in NESmania, Super Mario Bros. 3.

I've been writing articles and reviews about the video game industry for over 7 years. I also review any and all conventions that I attend as well as reviewing other products from companies such as Otterbox, HP, Amazon and Turtle Beach. I love to write and travel to many different conventions.