Online casinos have proven to be very popular and have played a transformative role in the gambling industry. Players have more choice than ever before and can even pick games which are themed according to their favorite bands, films, and TV character, the Motorhead Slot game from BetAt, for example. As online casinos first started to appear, there were concerns voiced in some corners that by making gambling more widely available, and by allowing gamblers to partake while sat at home without even needing to visit a physical casino, we would see a surge in the number of cases of gambling addictions and lives would be ruined. 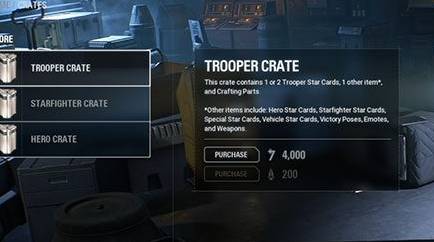 Fortunately, these prophecies did not come to pass, not because they were entirely unfounded concerns, but because the industry has worked with the government in order to ensure that the mobile and online services that they offer are not unfairly exploiting the most vulnerable gamblers. For example, this year the government set out its long-awaited plans to regulate so-called ‘fixed betting odds’ terminals. These terminals have long been considered to be one of the more problematic examples of digitised gambling, allowing gamblers to place bets totalling hundreds of pounds every few seconds.

Loophole in The Law

Clearly it is in the interests of both the industry and consumers that all gambling services conduct themselves responsibly, a recent investigation by the Times newspaper revealed that a number of online casinos were taking advantage of a loophole in the law which they believed allowed them to essentially market casino games at children.

Age verification is legally required before players can play any online game that involves betting with real money. However, for free-to-play games there is no requirement for an age check. Because of this, developers were designing games that were designed to act as sales pitches. The games didn’t involve any real money, but children were being encouraged to engage with gambling in the hope that they would come back later when they could play with money.

Closing this loophole seems like a reasonable measure. In fact, the gambling industry has mostly been enthusiastic about the proposals, believing that such practices from a small minority of casinos creates a negative perception of the entire industry. Likewise, casino software providers have expressed dismay that their colleagues are jeopardising the reputation of the whole industry.

It is important for all the concerned parties that there is clarity on the subject because novelty, or themed, games aimed at adults are very popular. One example is the Motorhead Slot game from BetAt, a digital slot machine with a Motorhead theme.

The slot machine is perhaps the ‘classic’ casino game. After all, even on the floors of the biggest casinos in Vegas the sound of slots being played is constant. The simplistic nature of slot games makes them ideal for digitisation and the simplicity of the underlying game, you press a button and virtual slots ‘spin’, means that developers can focus on developing the surrounding aesthetics.

In the case of the Motorhead Slot game the theme is, well, Motorhead. On top of the slot spinning players can flick a ‘Rock Mode’ switch to begin blaring some of the band’s music. The gameplay is simple and the design very effective. By eschewing the temptation to clutter the screen with logos players are instead offered a more tasteful display with just enough references to keep fans enchanted. The best part is that you are able to try the game out for free! As with many of BetAt’s games there is a free play mode which allows players to try the game out with some virtual money.

While Motorhead is unlikely to appeal broadly to children, not all of the themes employed are as clear cut. In such cases it is important that there is a clear and objective definition of what constitutes marketing to children, the requirement for age-verification to play casino games online is probably the best solution available and has been widely supported by the industry.

It seems that in many cases casinos and software developers were not trying to deliberately target children, although unfortunately in other cases the targeting does seem very deliberate, rather the combination of inadvertently removing age checks and creating games which embraced silly or childish themes led, intentionally or otherwise, to a number of children being exposed to online gambling.

The online gambling industry can only survive while it has the support of the public and governments. Responsible provision of gambling services is very important in order to ensure that players and casinos are both protected.

Closing the loophole which allows casinos to market their games at children is therefore a crucial step in order to protect players, children, and the reputation of the industry.