The Kingston Wi-Drive turns out to be one of the most valuable storage devices in my household.  I have given one away before in the 10 days of giveaways and most people don’t realize just how valuable this is if you use tablets, smartphones and want to store your media files in a single location that doesn’t eat up space on those devices.

The Kingston Wi-Drive is a wireless portable flash drive that basically acts as it’s own Wireless access point.  You install the Wi-Drive application on your Kindle Fire, iPad, Google Nexus, iPhone, Android Phone…etc and you then connect to the Wi-Drive wi-fi network.

You then can browse the files on the drive and play movies, music and view photos without having to store those files on your Android or iOS device directly.  So you can literally take 4-6 movies with you and have them stored on the Wi-Drive so they don’t have to take up space on your mobile device!

The Wi-Drive allows multiple devices to connect and stream off of it in real time, so both of my kids Kindle Fires can watch 2 separate shows on the Wi-Drive without any issue.  So what I do is for a 5.5 hour car drive to San Diego, I pre-load a few of their movies onto the Wi-Drive, then have both their Kindle Fire’s connect to it in the car and they just watch shows while enduring the drive.  They both have 8GB Kindle Fire’s, I have another 10GB of movies stored on the Wi-Drive and don’t have to worry about using up their Kindle Fire storage space. 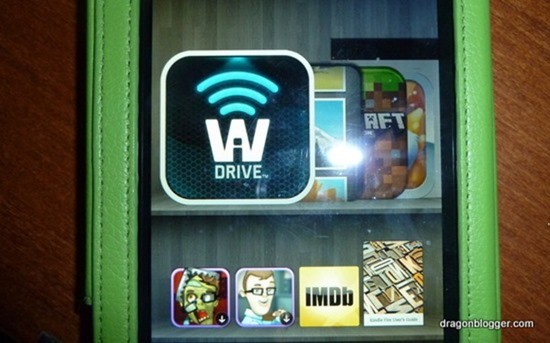 The Wi-Drive works for any iOS or Android mobile device as far as I know, I tested it with iPad 2, iPhone, Kindle Fire and it has an app in Google Play so any device that uses Google Play will work as well with it.

This is another chance for readers to enter to win a 16GB Kingston Wi-Drive so they can take their media with them wherever they go without eating up their storage space on their tablets or smartphones.

This is a Punchtab giveaway that is open to anyone 18+ years or older, but if you are outside U.S. and Canada you will have to pay for shipping, or pick someone in the U.S. to receive the prize for you.

Read the Official Rules in the giveaway widget for more rules.

Who wants to win a Kingston Wi-Drive?  Also ask if you have any questions about it.