Disclaimer: This was a sponsored post, commissioned by WinASO.com. I was compensated to raise awareness about WinASO Registry Optimizer. To do this I decided to download the free trial and review it. The words and opinions are mine and mine alone. 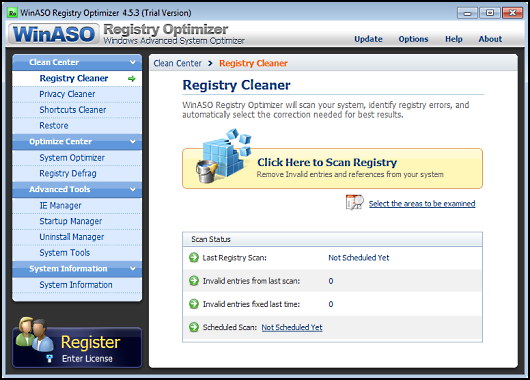 When you are greeted with the trial version of the product you can see several options including:

There is also an optimize center for system optimization and registry defrag and advanced tools to help you manage your Windows start programs, uninstall programs and system tools.

I decided to run the registry cleaner and it found a surprising large amount of breaks and issues considering my OS is only a few months old and I don’t install more than one or two programs a month. 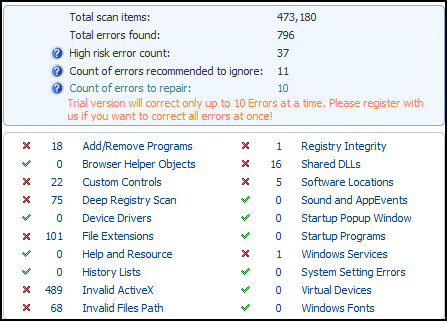 I did get a nice “reminder” that the trial version can only perform 10 cleanups at a time.

However, this limitation doesn’t apply to the Privacy Cleaner which was able to clean up 11,000 entries without triggering a trial warning at all.

I was impressed with the free trial of WinASO Registry Optimizer enough that I think it would definately provide some value and benefit to my readers and Windows users who need to cleanup and optimize their system. The free trial has many functions that work completely, and the software alone appears to be worth the price to purchase and I recommend it fully.

So download a free trial version of WinASO Registry Optimizer and cleanup your Windows Operating System so that it runs faster and more efficiently.