Back at E3 2015, Bethesda gave a spectacular performance and presentation by showing and announcing Fallout 4. But it was not the end of things from Bethesda. Now they have collected all their Fallout collection in a ”nuke” with the name Fallout Anthology. 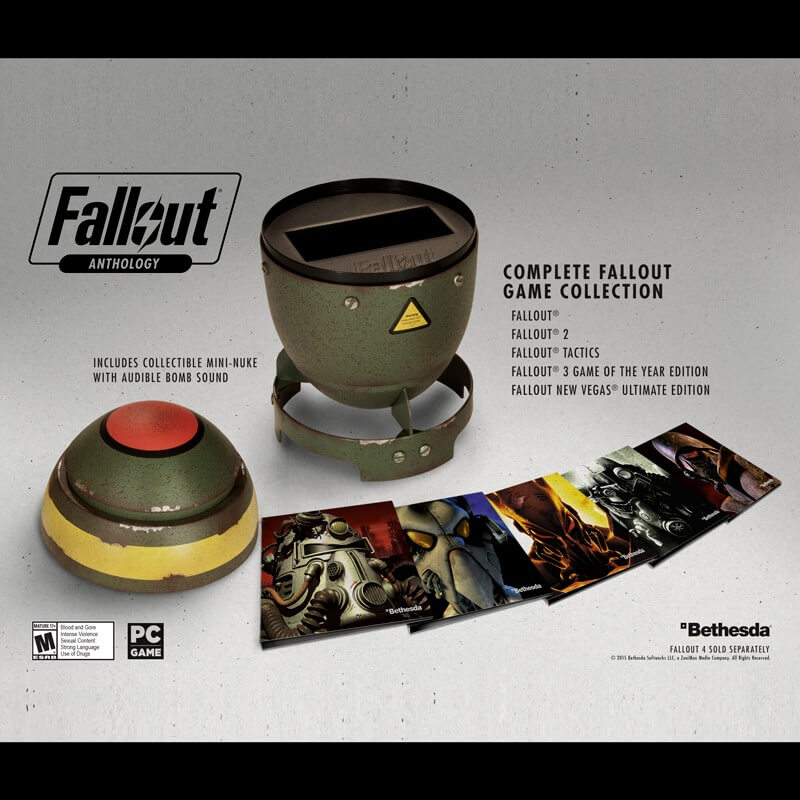 Yes, a nuke. You read it right and it also comes with an audible bomb sound. Fallout Anthology will include 5 Fallout games with all of their DLCs and add-ons. The games included will be,

Sadly for console users, this is PC exclusive. But if you’re an optimist and coincidently a console user you’ll be glad to hear that a Fallout game, Fallout: Brotherhood of Steel, to be specific, is missing which from this collection which was a console exclusive on the good old PS2 and the original Xbox.
The nuke is also missing Fallout 4, which is set to be released on November 10, 2015. The nuke still has an empty spot for another disc which can be used for Fallout 4 if you’re planning to buy a hardcopy of the game, which is a nice touch.
Bethesda says its Fallout Anthology will release on September 29, 2015 in North America and on October 2nd across Europe. It will cost $50 and it is a ‘limited edition’. It surely is one for the enthusiasts and collectors.