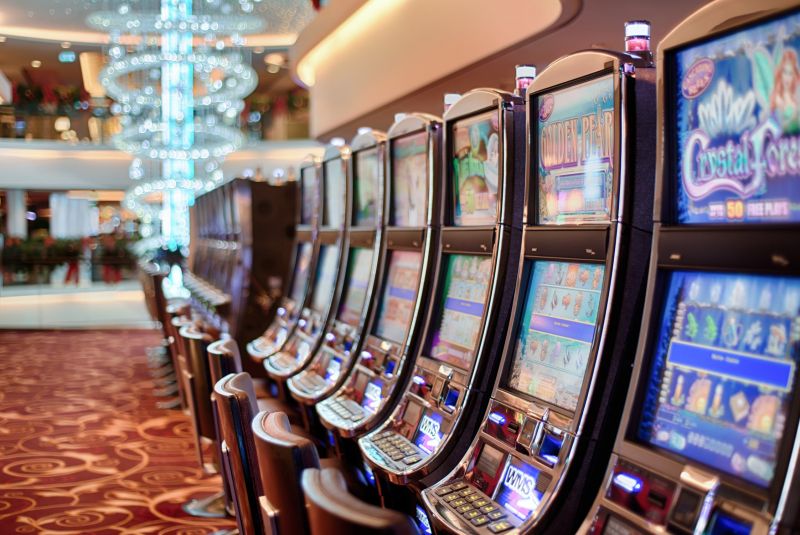 This game has 14 different winning symbols and well over 200 winning combinations giving you multiple ways of winning. The Bat symbol is the highest earning symbol and equivalent to that of a “7” on a typical slot machine, giving players up to 2,000 credits when matching Bat symbols. There is also a random free spin feature that can appear in various forms and a random progressive jackpot.

Another one of my favorite movies, Ferris Bueller’s Day Off, is a slot machine that was designed by WMS Gaming and is a five-reel, 35-line slot. Just like in the classic 80’s movie, you will be hanging out with Ferris and his friends trying to cause trouble along with way with Principal Rooney and his assistant Grace trying to track you down. This machine has a total of five progressive jackpots which appear at random and can payout up to two thousand dollars each. The game features many bonus game opportunities and even has a “Fake the Parents” free spin mode that allows you to earn even more money. This game has a lot of sights and sounds that those who have watched the movie will find themselves familiar with.

A Nightmare on Elm Street

One of my favorite and classic horror movie franchises makes its way into casinos in the form of A Nightmare on Elm Street. This machine has all of your favorite characters from this well-known franchise such as Freddy Krueger, Quentin, Jesse, and even Nancy make an appearance along with lots of official music from the movies as well. The Never Sleep Again bonus is one of the many features this machine provides as well as a special Freddy Krueger jackpot that can activate at random moments. 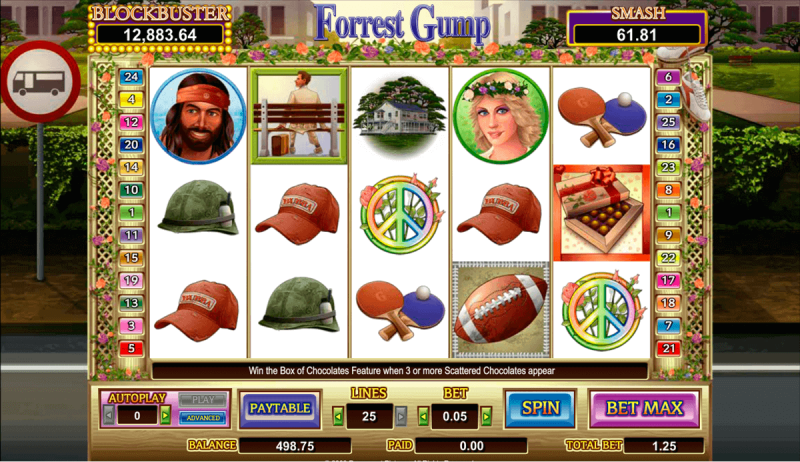 One of Tom Hanks most beloved characters and movies, Forrest Gump is a machine that was created by Amaya that features a five-reel, 25-payline slot machine that gives you plenty of opportunities to hit it big. There are characters and symbols that fans of the movies will recognize such as a box of chocolates, Jenny, Dan and even Forrest himself makes an appearance. Of course, Forrest is the highest paying symbol and matching him can net you as high as 5,000 coins which is this machines highest jackpot. The pick-to-win round has you choosing various locations on the screen to try and match as many symbols as possible to gain the biggest payout that you can.

My all-time favorite Sylvester Stallone movie, Rocky is a five-reel machine that features as 25-payline and is designed by Playtech. This machine is going to feature some characters on its reels that any Rocky fan will be familiar with such as Apollo Creed, Ivan Drago, Clubber Lang, and Adrian. Lining up the letters in Rocky’s name will result in gaining a much higher bet giving you a higher payout. One bonus is being able to watch Rocky fight 10 rounds and if Rocky knockouts his opponent earlier than round 10 you are given a bonus.  Overall this slot game provides among the best casino bonuses for UK players and is entertaining while you play.

Infamous Tony Montana comes alive in the form of the Scarface machine that was designed by Net Entertainment. This machine is based on the memorable scenes and sounds from the iconic gangster movie as well as all the characters that made the movie famous. Some of the symbols are what you would come to expect from a slot machine with a theme such as this, with guns, money, and weapons being a few of the symbols you will be trying to match up. There are plenty of free spin opportunities here that can provide you a way to earn an even higher payout. Scarface also features an autoplay option that will allow you to choose your bet and the machine will keep playing depending on how many spins you want to take.

These are just a few of the movie based slot machines you will find on your many casino travels. What are some of your favorites that you have seen?