Plague Inc: Evolved is a popular strategy game originally made for Android and iOS which is now available on PC and Mac. The game allows users to become a pathogen of choice, with the sole aim of infecting and eventually killing the whole world using upgrades and techniques to stop cures and human methods of eradicating you. With a variety of difficulty modes the game can go from being a casual fun, mess around to a full blown hard core simulation which requires complex strategies and very logical thinking. 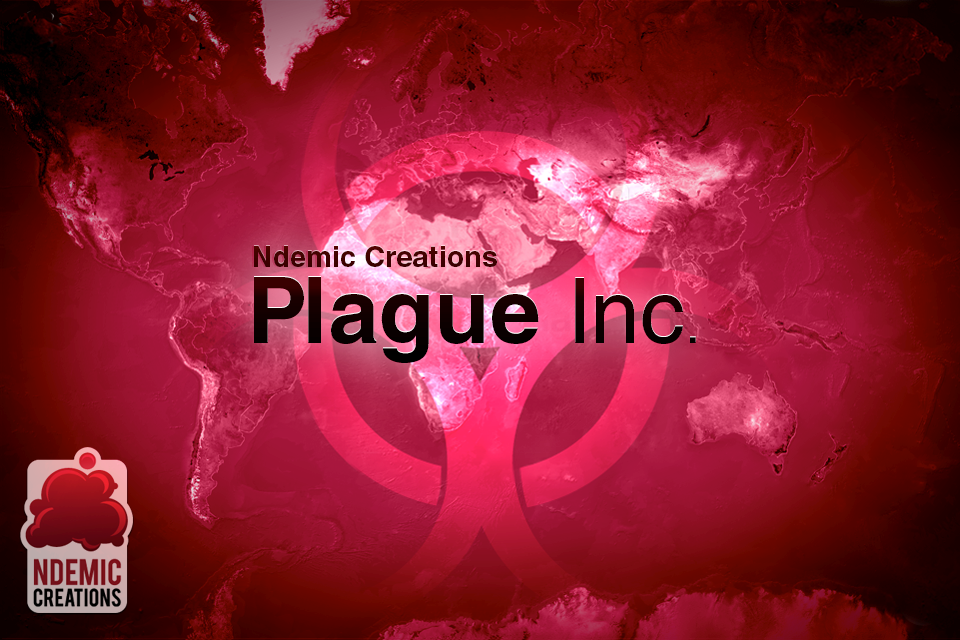 When playing there are three main detection, infection and elimination bars which should really be monitored closely and controlled to the fullest to maximise potential spread so that you can infect enough people and kill them before a cure finishes. Once a cure finishes, the governments (or what is left of them) start to distribute it and once this has happened it is near impossible to win. Therefore players must be in control of the infection rates and death rates as the most frustrating thing is almost infecting everyone and then the cure is dispatched. The best methods generally are to keep severity low and infection high early, and when surpassing a number of infections start killing to ensure that it is a big surprise giving plenty of time before the cure hits. 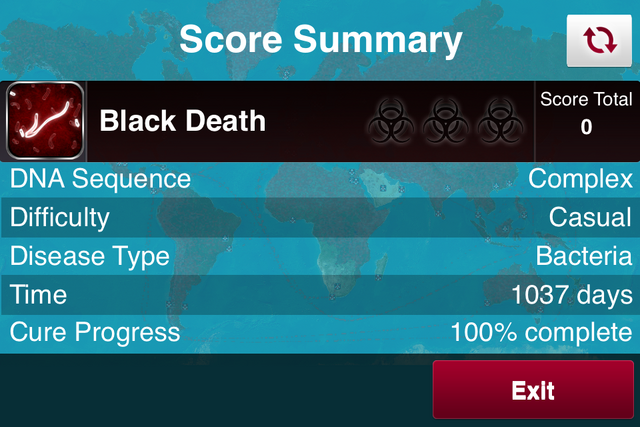 The three bars, infectivity, severity and lethality can be raised and lowered by getting upgrades from the upgrade page. This page allows users to control the symptoms of the pathogen, for example coughing, sneezing all the way up to heart failure. Another useful tip is to focus on upgrading the methods of infectivity on their separate page. Users can choose to upgrade spread from air, water, birds, bats, livestock, planes, ships, insects and blood which allows for a huge range of customisation.

One of the most crucial tips for the game is to plan the starting country well with not only the pathogen type but the upgrades. For example when starting in egypt it is recommended to upgrade heat resistance early as Egypt has a hot climate, this will then allow the pathogen to thrive better. 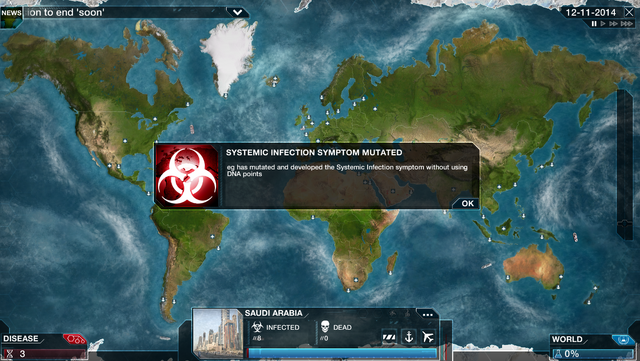 When starting off in the game, users can choose from a variety of pathogens, these are:

Bacteria is the starting pathogen type and is the most common plague type, it is a great starting point for beginners as it has all round stats. It also has a special upgrade called bacterial resilience which allows it to thrive better in all climates.

Virus is a fast mutating pathogen that allows for users to infect countries quickly. The main downside is that due to the rapid mutations, the severity levels can raise quickly allowing for it to be spotted by doctors easily. The special ability allows for the user to increase the amount of random mutations. The best way to play the virus is to infect quickly then start killing otherwise it will be too late and a cure will have been completed.

The Fungus is a very fun to play pathogen type. It infects people by releasing spores into the air, this allows for infection even if land borders and air borders are closed, great for when a small country has shut itself off to the rest of the world. The special ability releases a huge amount of spores allowing for a massive infection of countries. The important thing to note with fungus is to not focus much on disease spreading traits otherwise users will struggle late game. 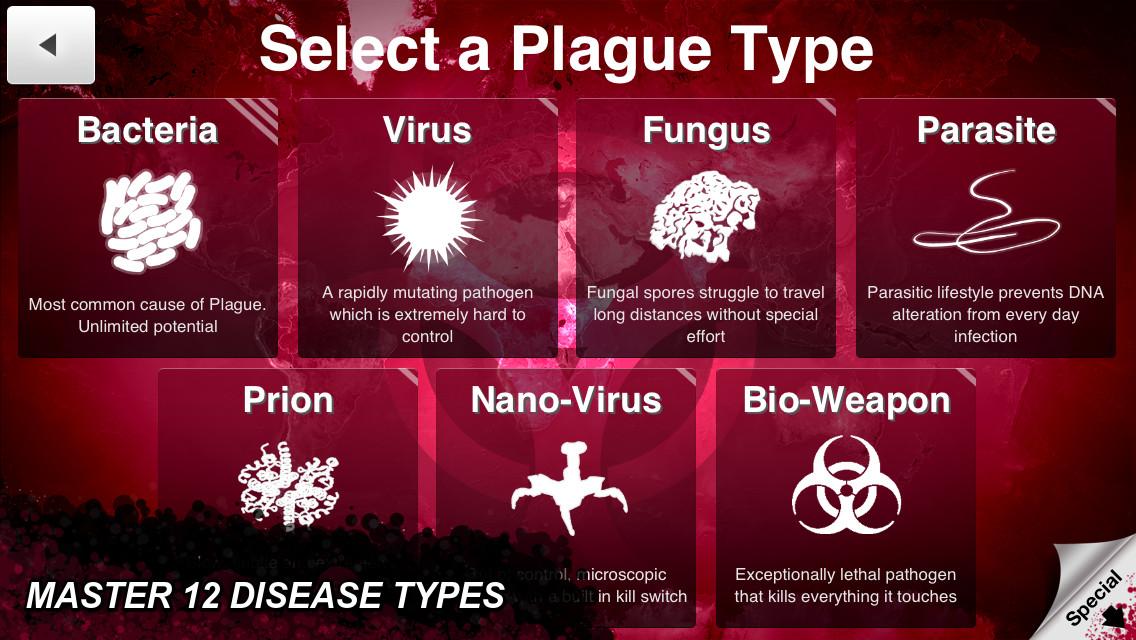 Parasite is a much harder pathogen to play, firstly it does not collect DNA points to spend on upgrades like the other pathogens. Instead it gains large points by infecting people and due to the nature of a parasite it has a huge severity starting point so users will have to spend points lowering severity or else they will get noticed, this then ties in with its special ability which is symbiosis. Symbiosis makes the parasite less noticeable and harder to cure.

Prion is a complex pathogen which is very hard to notice and hard to cure. Its special ability is to make it harder to cure.

Nano Virus is a robot pathogen that was created to destroy humans. The humans however are sending a kill code to shut down the virus therefore users must infect and kill quickly as well as use the special ability that slows down the broadcast time of the Nano-Virus. This pathogen is a difficult one which generally requires planning otherwise users may struggle.

The Bio-Weapon, like the name suggests is an incredibly lethal type that essentially kills anything it comes in contact with. It has a slightly higher infection rate to help users infect quicker to overcome the lethality of it. It’s special is broken down into a few different pieces. Users can reduce lethality and reduce the time that lethality increases by and then they can also increase the severity and lethality to activate “Armageddon”