Utilizing multiple commands of varying strengths you are in the battle for the battle of Ashrock. 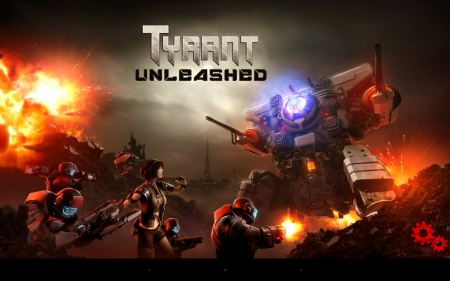 You begin with your begging Deck, the list of cards that represent your army.  Each card has a specific function or ability to be applied during your battles.  Some are very offensive, some are defensing, and some are combinations.  Each battle will take the right deck setup and energy to even enter the battle, run out of energy and no battle for you 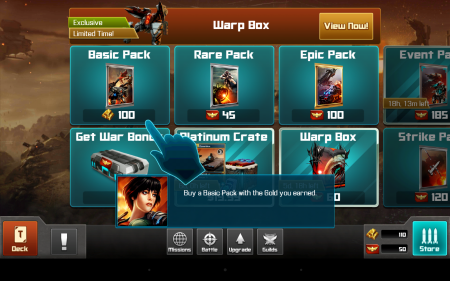 As you battle your way through Ashrock and you win battles you can also win cards for your deck. 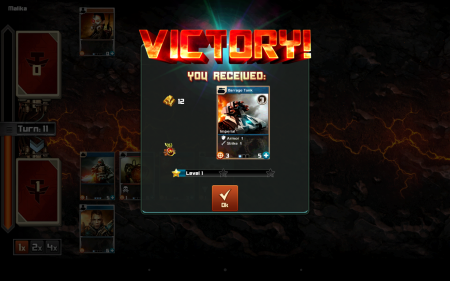 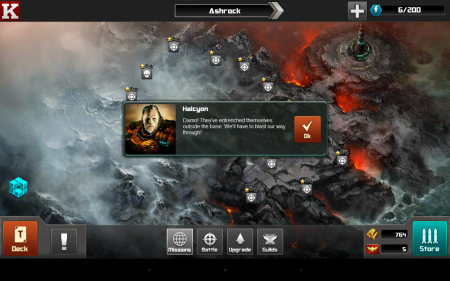 There is also a multi-player aspect of the game giving the chance to put your deck against other players online.  For some this adds another level to the game. 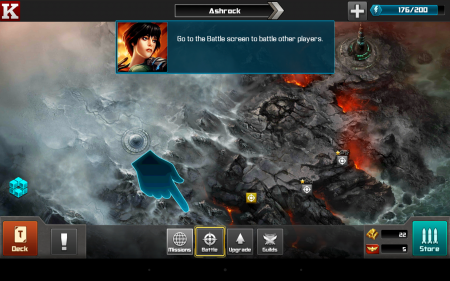 Overall an immersive game which you can jump in a play for a few minutes or dive in and play for a couple hours or even jump in and out.  The online store allows for you to quickly become as competitive as you wish.  Multiplayer allows for the option to really test your skills.