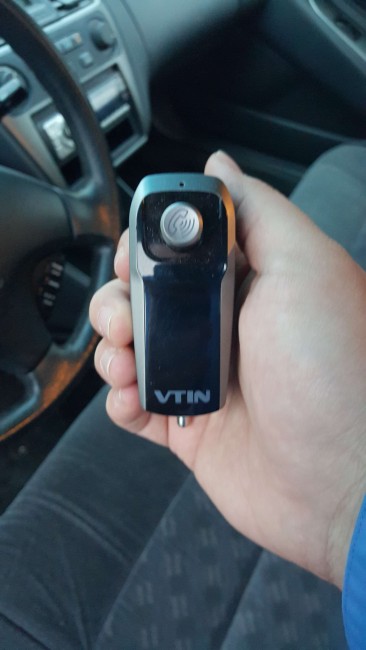 For the last couple years I’ve been using one of those corded FM transmitters. You know the ones, they’re cheaply made but affordable. They don’t last very long before you end up having to buy another one. The cord is the worst part. It wraps around everything and is never long enough. So when I came across this bluetooth wireless transmitter I just had to have it! 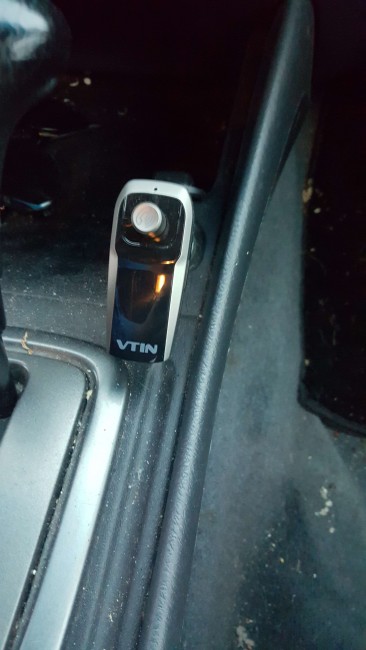 This FM transmitter is pretty awesome. It feels well built, it’s simple to use and simple to set up. It has three buttons. The call button on top that also turns the device on and off, as well as syncing up with your device and changing songs if you don’t want to have your phone out. Then there’s the two buttons on the side that have the transmitter go up or down to find the right radio station. It also comes with a pair of USB ports so you’re able to also charge up a device without sacrificing the outlet. It folds up and it is relatively small so there it is very easy to pack and up and travel with. It also syncs very fast as I had no trouble syncing up with my phone. 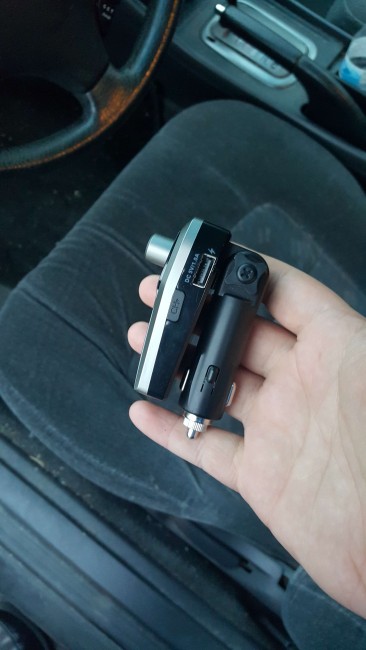 There aren’t really a whole lot of downside to this FM transmitter. I would say my least favorite thing about it is that, in order to change stations, you can only really go up and down. What I mean by this is there isn’t really a seek feature or any stations already programmed in like most other FM transmitters I’ve owned. It’s not the worst thing if you live in a big city where the one station you use is usually constant. Unfortunately, with me, I live in a rural area and commute for my job. The station I use goes in and out as I drive. It also doesn’t have a huge range. You basically get a few feet away from your car and it stops working. It’s not the worst thing in the world, it would just be inconvenient if you were trying to play music from your car and you had to stay by your car the whole time. 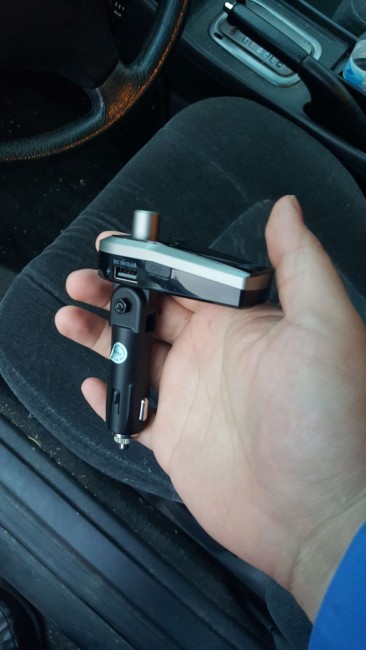 Outside of that, there really isn’t much not to like when it comes to the VTIN FM Transmitter. It syncs fast, the charge ports charge at a faster rate than I was expecting for something using your car outlet, it’s around the same price as the other FM transmitters and, the best part, it’s Bluetooth! This product is very nice and I would highly recommend this to anyone who’s tired of using those corded, outdated, FM transmitters. If you don’t have a nice deck or an AUX port, pick yourself up one of these amazing little gadgets!