There has been so much talk lately regarding the latest game set to release later this year from developer CD Projekt RED, Cyberpunk 2077. The latest news is that there has been even more added to the customizable options for your created character that now you are able to even customize your characters genitals, a rather interesting choice when it comes to being able to create a character and an option not really found in most role-playing games. Cyberpunk 2077 was originally supposed to release April 17th, but CD Projekt RED stated back in January that the game still had to undergo many updates and changes along the way as well as to help give the game even more polish and shine than ever before. Granted, this happened well before the Coronavirus pandemic was prominent in the world, but CD Projekt RED states that their game will still make its September release. 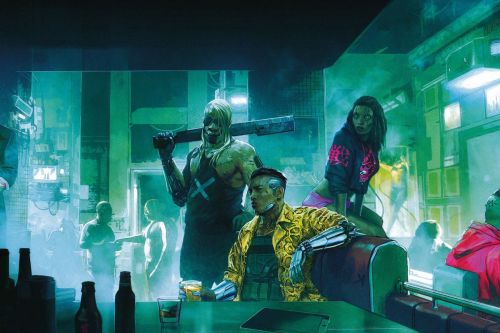 Speaking of features, one thing I am very curious about is what will the main mini-game be that will be featured this time around. CD Projekt RED is well-known for its best-selling hit “The Witcher” series of games and with the last of the series featuring a card game called Gwent where players could collect various types of cards ala Magic the Gathering and challenges various NPCs spread throughout the rather extremely large open-world setting. Players would win money as well as being able to win an assortment of cards from each of these NPCs and even take on an entire quest to challenge the best Gwent players in the world. This mini-game of sorts became so popular it spawned two standalone games “Gwent: The Witcher Card Game” and “Thronbreaker: The Witcher Tales” in which players advance in the story by playing numerous amounts of Gwent as well as earning cards and even money in-game.

So this begs the question, will there be gambling in Cyberpunk 2077? If so, what kind of gambling can we expect to see in the game? Well, for the game being futuristic this can go a various amount of ways. Cyberpunk 2077 could feature a rather large tech-based casino that could house a number of games that we are all familiar with such as an online slot game, craps, roulette, poker, and even keno. However, I am personally hoping for either another card-based futuristic type game or even something completely different of the likes we have never seen before. What made Gwent so special was the fact that it was something most players were already familiar with if you’ve ever played any card game such as Magic the Gathering or even the Pokemon Trading Card Game. Maybe this time around we will get ourselves a new form of a game that is something we are very familiar with. However, who said that we might even only get one form of gambling in the first place. 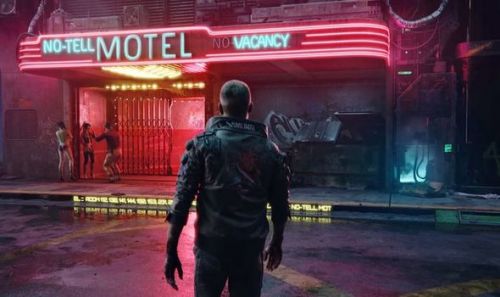 The Witcher 3 featured a dice game that was also a means of gambling albeit not as popular as Gwent, but it was still another way to make money in the game. I myself have always been a big fan of finding various ways of making money in games such as this much like how the original Red Dead Redemption gave players a ton of ways to make money by incorporating games such as Liar’s Dice, Five Finger Filet, Poker, and even Darts. By incorporating these various means of making money in a huge game like the ones mentioned above, it breaks up the monotony of going the usual route of earning cash by doing missions but instead, giving players a way to do something fun and unique to the game they are playing.

Cyberpunk 2077 is set to release this fall on September 17th on Xbox One, PlayStation 4, Google Stadia, and PC.